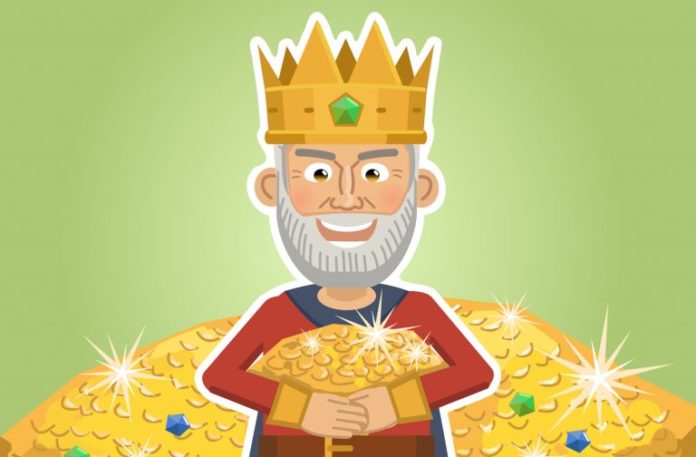 While people tend to think of money as being all the same, the fact is governments and banks use different types of money than the everyday individual. From the top of the economic pyramid of world reserve currencies, down through central bank and commercial bank money, the capacities and function of different kinds of money vary broadly. Beyond M0, M1, and M2 classifications, reserve currencies ultimately afford policymakers opportunities not enjoyable by those holding “downstream” versions of the supply.

Because various countries classify money differently, understanding the M0, M1, M2, etc., supplies can be somewhat tedious. From the broadest perspective, the two types of money existing worldwide in the current fractional reserve paradigm are central bank money and that of commercial banks. With central banks themselves ultimately relying on world reserve currency and the power to create money directly.

The popular classification system denominated in M’s generally measures different types of liquidity in overall money supplies. Trading Economics defines M0 for the United States as “the most liquid measure of the money supply including coins and notes in circulation and other assets that are easily convertible into cash.”

MB, or the broader monetary base, includes central bank reserves. The average person does not have power to significantly alter this base. The Fed, however, recently increased its balance sheet by creating over $400 billion from September to the end of December last year, demonstrating the monetary hierarchy.

Money typically becomes classified as M1 when it exits central bank reserves and hits private bank checking accounts and the pockets of spenders. Because commercial and private banks are not required to hold all of this new money as reserves, they can loan most of it out, and other banks receiving these loans can then further loan it out again. This results in something called the ‘money supply multiplier effect,’ which is a staple of fractional reserve banking. As Investopedia clarifies:

[The effect] raises the value of money supply even though no additional physical currency actually exists to support the new amount.

For a simplified breakdown of the different money supply classifications and how the effect comes about, the video below is a handy resource for reference.

In short, there is a group that can create money and dictate its policy, and another group that must abide by these decrees and simply use it. As Perry G. Mehrling writes in his short article “Why is money difficult?”:

This process apparently offends common sense understanding of what it means to make a loan—I can only lend you a bicycle if I already possess a bicycle. Even more, it seems to go against a fundamental principle of elementary economics that “there ain’t no such thing as a free lunch”. Against this resistance, I insist that the essence of banking is a swap of IOUs.

Indeed one cannot lend a bicycle they don’t have, but banks can legally loan money which they also don’t have, multiple times over. It becomes easier to see then how some libertarian economists might label fractional reserve banking as hardly distinguishable from a state-sponsored Ponzi scheme. Mehrling points directly to the two kinds of money existing in the current hybrid system stating that “Money is part private (bank deposits) and part public (central bank currency), though in normal times we hardly notice because the two kinds of money trade at par.” While central banks (which are neither truly public nor private) can print money and hold their own exclusive reserves, as well as dictate policy for subservient banks in the private sector, there is something at the top of the pyramid even they depend on: reserve currency status. A reserve currency has two main aspects:

Gold, whose value originated organically as a commodity in times past, and which eventually made its way to becoming the most saleable good worldwide, is the world’s first true money in a Mengerian sense. As such it can also be seen as the original world reserve currency.

With the advent of fiat money — or money created by governments by decree alone — new assets would soon take turns gaining and losing the title of world reserve currency, often in direct correspondence to political strife and wars. The progression from gold, to gold or silver-backed paper, to unbacked paper money demonstrates a politicization process which is often overlooked in modern times, as the state has become synonymous with money itself in much of mainstream cultural thought. A distinctive feature of gold is that — like all natural resources — it is limited in supply. As governments and empires sought more and more expansion in times past, they needed to fund conquest and war, and this limitation became financially unbearable. The result was ultimately the system of fractional reserve banking practiced worldwide today, with the U.S. dollar as the unofficial world reserve currency.

With USD as the ‘new unlimited gold,’ power is secured for the United States government in trade much the same way it would have been for a gold-hoarding king of ancient times. Borrowing can be done at lower interest rates, imports become less expensive, and geopolitical power plays are easily made as the world economy relies on the reserve currency creator for survival. However, fiat printers, unlike gold, don’t know limitations. The collapse of fiat reserve currencies occurs when there is an inevitable point of failure at a concrete level, where the market no longer values the currency against the resources it was previously traded for, or truer forms of money. When the Fiat Hits the Fan

Advocates of crypto often point to the limited supply of bitcoin and the mathematics which governs it in stark contrast to fiat money’s model of unlimited expansion regardless of underlying economic realities. It’s an unpopular position for those who don’t view scarcity as a pressing issue, or who perceive the state to have the sole right to money creation.

For many bitcoiners, this type of ideation misses the mark, as “divine right to rule” when it comes to anything — especially money — seems a terribly outdated and dangerous concept. So while the average person transacts every day with money whose value has been heavily diluted by way of an interminable cascade of IOUs, both private and central banks want to be as close as possible to the source controlling the most hard assets and global money creation itself — the central bank issuing the world’s reserve currency.

What are your thoughts on the different types of money and money supplies? Let us know in the comments section below.

The post Hierarchies of Money: Why You Use Bank Money But the Bank Wants Reserve Currency appeared first on Bitcoin News.

Today, we will be examining the trading history and market opinions of BTC, so that we can project a Bitcoin...