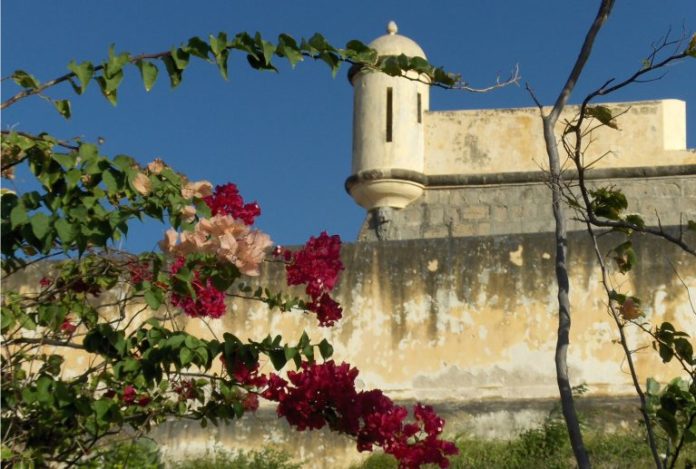 For years Venezuelans have been surviving the harsh economic climate of their country, beset by hyperinflation and political instability. Small businesses have been hit the hardest. But even in these difficult conditions, the ingenuity and hard work of Venezuelan entrepreneurs has allowed them to provide food for their families and services to their communities. Many of them are now using bitcoin cash as an alternative to the national fiat and Cumaná is one of the cities where adoption is growing.

The rapid depreciation of the bolivar has made it difficult to maintain a business, plan for the future and impossible to preserve the value of your income. That’s why many Venezuelans, both merchants and their customers, have sought alternative payment options and some have already found them in cryptocurrencies. Bitcoin cash, with its fees of less than a cent per transaction, is ideal for small, everyday payments in countries such as Venezuela, where poverty has led to widespread economic and social exclusion. Bitcoin cash adoption has been growing fast during the past couple of years and according to the Marco Coino app, there are now over 200 businesses in Venezuela accepting BCH. Many of them are in the capital Caracas but the number of stores has been increasing in other cities as well. Not all of them are known to the world yet or even to their neighbors. Local Bitcoin Cash communities help a lot with spreading the word about the next store or restaurant that is open to BCH enthusiasts and willing to accept their electronic cash.

The members of one such community believe Bitcoin Cash brings “the original essence” of the cryptocurrency created by Satoshi Nakamoto. They are working to promote “the expansion and adoption of the money of the future” in the city of Cumaná, capital of the Venezuelan state of Sucre, which is located about 400 km east of Caracas. The region is home to merchants from various industries that take bitcoin cash.

Several businesses based in Cumaná already accept BCH, Gustavo Torres, Bitcoin Cash ambassador in the city, told news.Bitcoin.com. Torres is the administrator of the Bitcoin Cash Cumaná Telegram channel and runs a social network of Bitcoin Cash enthusiasts. He shared that there are two real estate agencies, two hotels, a food store and a restaurant that welcome direct bitcoin cash payments.

La Casa de Lucas tasca restaurant, which started accepting BCH recently, can be found at the ferry terminal of the local seaport. Another representative of the hospitality industry which will let you pay with bitcoin cash is the Astoria hotel located on Sucre Ave 51. It is one of the first and oldest hotels in the central area of the historic city. Cumaná is actually the first continuously-inhabited settlement established by Europeans in South America.

Another hotel where visitors can pay with bitcoin cash is called La Posada Betsy Mar and is near the beach in Cumaná. Agro Franco is a small store in the city’s main market which sells fish, chicken and pork meat, beans, grains, other foods and agricultural products. It has accepted bitcoin cash since March of this year. Gustavo Torres has helped all these small business owners by installing Bitcoin.com wallets on their mobile devices. This allows them to accept BCH payments and securely store their cryptocurrency.

Venezuelans use a number of platforms to convert their crypto income from business revenues and remittances to fiat currency, often U.S. dollars or local bolivars. The P2P exchange Localbitcoins was a popular choice in the country, at least before it removed in-person cash trades from its options. Now, a true peer-to-peer alternative which launched on June 4, Local.Bitcoin.com, is gaining traction. The bitcoin cash marketplace allows users to trade BCH privately with anyone in the world.

Other exchanges where Venezuelans buy or sell bitcoin cash among major cryptocurrencies include Basichange.com, Cryptoway.io, and Ccoins. Airtm.com is a platform popular for sending, receiving and exchanging numerous fiat currencies including the bolivar with U.S. dollars, Torres added. He also pointed out that an option to exchange BCH with local fiat money would be a great addition to any crypto wallet and will make his task of persuading merchants to start accepting BCH payments much easier.

Do you expect BCH adoption to continue to grow in Venezuela and neighboring countries in South America? Tell us in the comments section below.

Disclaimer: Readers should do their own due diligence before taking any actions related to third party companies or any of their affiliates or services. Bitcoin.com is not responsible, directly or indirectly, for any damage or loss caused or alleged to be caused by or in connection with the use of or reliance on any third party content, goods or services mentioned in this article.

Ethereum Price is Hopelessly Tied to Bitcoin’s Next Big Move

Ethereum is still hopelessly coupled to Bitcoin price and practically mirrors the movements of the world’s leading cryptocurrency. With BTC...