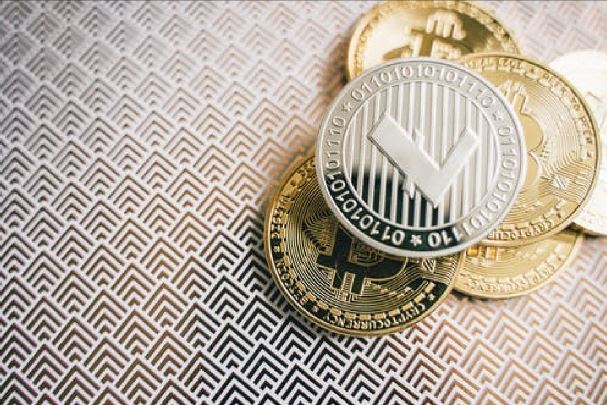 Bitcoins tower the cryptocurrency community, and it has grown famous for a few years now. Many people use digital currency and a lot of business firms too. The convenience here is their availability as digitized money. It makes it easy for the world, which is fast racing towards digitalization every day.

‘You might wonder that one of the main reasons for the popularity of bitcoins is safety and security. Yes, bitcoins have high security, but still, frauds do happen. Blockchains prevent such scams to a considerable extent. Sometimes the hackers or attacks succeed, but mostly blockchains help spot them at the earlier stages. Read further to know how blockchains allow one such fraudulent activity. You can even use Bitcoincompass.io for better bitcoin investment.

Today, most of us have a general idea of bitcoins, but technical understanding can help you better when you want to use and get involved with earning and spending bitcoins. These were some of the first cryptocurrency. Cryptocurrency is technically digital currency as it exists online and does not have any notes or coins. They only come as software and do not have any physical form. It doesn’t intrude with the fact that you can earn and spend them like regular currency. The organizations and sectors that accept cryptocurrency are growing daily. You can expect a phenomenal surge in this field very soon.

You can assume bitcoins basically as computer files. They function like computer files, but you can use them for your transactions. You require a digital wallet to store them as it serves as your savings account, and all the bitcoins you earn go into the wallet. When you buy something with bitcoins or lend bitcoins to friends, the transaction happens from your wallet. In simple words, it acts as your bank account. Only you don’t have a manager or bank fees to attend on.

Bitcoins got introduced in 2008, i.e., some anonymous people came up with a proposal for online currency. In 2009 however, a talented person or group called Satoshi Nakamoto brought light bitcoins and blockchain technology. They originally programmed the money and the database and released it on a website called bitcoin.org, also his/their own. People began using it in 2010, and it started getting valued for dollars and other offline currency.

After a year of bitcoins coming into the market, Nakamoto disappeared from the community. Nakamoto left Gavin Anderson in charge of bitcoins, and we haven’t heard from the founder since. In 2009 a cypherpunk received the first bitcoins in the same month of its launch. But no one made any transactions or used bitcoins. In 2010, however, a programmer used bitcoins for the first time to buy pizzas.

Since then, bitcoins’ value had surged and plunged till date, when its value has increased to a record-breaking run and its value increasing, people began trusting in bitcoins for investment. More people saw it as an investment option, and others found its innovative technology. They made more changes to bitcoins, forming their cryptocurrency and contributing to the evolution of digital currency.

You will find fraudulent and hacking incidents very minimal in bitcoins, thus proving its security and safety. The main reason for an outcome is the presence of blockchains. Blockchains work as a database for bitcoin transactions. They store data about bitcoins and make it available online. Read further to know the working of blockchains in detail.

Blockchains function like a ledger for bitcoins. Blockchains store every single transaction that occurs with bitcoins. Any person who makes a bitcoin transaction from anywhere, the information gets updated in the blockchains. You can find blockchains available on the internet, and anyone can access them. It makes up for the heightened security general for bitcoins.

When every transaction gets recorded, fraudulent acts get exposed to while they occur or immediately afterward. The availability of blockchains online ensures transparency. Anyone viewing blockchains means people do not get deceived, as in the case of other currencies. You can find this highly useful when people invest in something. When they invest in places where they find blockchain programming involved, they feel confident.

They can view their investment actions and what the company uses their capital anytime they want. It helps entrepreneurs and businessmen/women gain the trust of their investors and improvise crowdfunding. The working of blockchains involves a lot of programming and security systems. But you will find the basic idea of how it stores data. Blockchains store data in the form of blocks. The blockchain holds its first data in the first block and continues saving until it fills the block. Once the block gets filled, it stores data in a second block. It then connects or rather chains the first block with the existing block. When it begins with the third block, it chains the first two blocks together.

It continues the process for a long time. This way of storage enables it to store a large amount of data and, at the same time, to keep it organized too. Anytime you need data, the organization model helps the blockchain to find the information for you with ease.

How do you explain double-spending?

Double-spending always concerns cryptocurrency developers. Double-spending refers to the process where users find a way to use their currency more than once. They use it once and manage to retain the balance in their wallet, thus reusing it again. They do it by dissociating the spending record and the balance amount. They also despair of the distribution of the cryptocurrency as a whole!

Experts refer to this act as double-spending. As you can’t double-spend standard currency, the issue you will find is limited to the cryptocurrency community. As in the digital world, you can easily make copies of things this unethical act. In simple words, you can call it a duplication process that occurs with bitcoins.

Many casual buyers or users of bitcoins are not aware of this scam. But the currency has the integrity to prevent it from happening as it increases the chances of people losing confidence in it. If duplication occurs, people who work for the real bitcoin get deceived and unjust. But people who make use of the scam can benefit in the evilest ways.

Blockchains prevent this from happening in spectacular ways. Read further to know-how.

How do blockchains prevent double-spending?

When we discussed the working of blockchains, a specific attribute of blockchains came to light, the fact that anyone can find blockchains online. It means that when transaction information enters the blockchain, you can’t reverse it. Once made public, you can’t alter the data in anyways. Experts have seen the transaction, and any suspicious activity afterward will come to light.

Another blockchain attribute remains that it needs to confirm your transaction for anyone to consider the bitcoin and the transaction valid. This feature of blockchain functions as a prime advantage against double-spending. Let’s see how.

Suppose the person tries to make the two transactions at the same time again. Then the trade that got confirmed the first time gets included in the blockchain as valid. We bring another feature of blockchains into the light. Blockchains verify a valid transaction several times. The more times you get a transaction confirmed by the blockchain, the more accurate you can consider it.

Keeping this in mind, many merchants go for a minimum of six confirmations before accepting the transaction. When a person tries to simultaneously make two transactions, the transaction confirmed the first time gets valid again and again. The blockchain doesn’t prove the second transaction; however, the sender tries to validate many times.

Another feature of blockchains, proof of work prevents double-spending further. It makes the alteration of blockchains extremely difficult without getting caught. Additionally, it prevents the user from monopolizing the network’s computing power. How does it make it happen? You will find it quite simple. The machinery and control required for the monopolization require the colossal expense, and a user cannot do it otherwise. This way, blockchains prevent double-spending with bitcoins.

Blockchains prevent many such mishaps in the world of cryptocurrency and ensure safety and security. They work on tightly-knit programming and entities, and it has stopped a lot of such unethical acts from happening. Thus it accounts an excellent deal for the popularity of bitcoins.