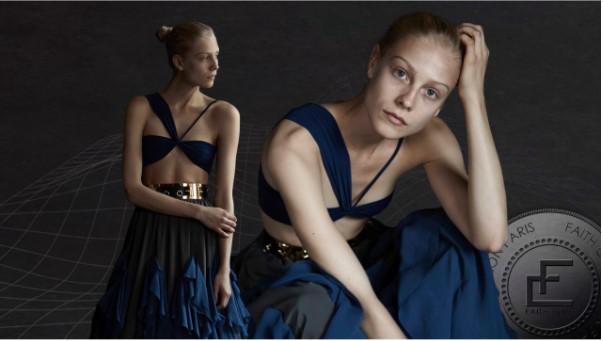 “Now, the real-world companies are adopting Web3. The majority of projects, historically have been guys in a garage and entrepreneurs. Rarely do established global brands do full DAOs, etc. S

Up until recently, Web3 was a space dominated by digital entrepreneurs and tech savvy individuals. Decentralized organisations and projects so often started in the store rooms and garages of the technically minded are no longer going unnoticed by real-world companies. Big plays in the NFT space from the likes of Gucci and D&G show us that Web3 has truly entered the consciousness of mainstream business, particularly in the luxury fashion industry.

Dolce & Gabbana
D&G’s first ever NFT collection, named “Collezione Genesi”, fetched almost $5.65 million in September 2021. The sales of 9 D&G NFTs were facilitated by luxury marketplace UNXD, which is built on Ethereum layer 2 Polygon. The famous design duo Domenico Dolce and Stefano Gabbana personally designed the collection themselves. The highest amount was spent on “The Doge Crown” which sold for 423.5 ETH (about $1.3m at the time) while “The Glass Suit” NFT took in 351.384 ETH, or just over $1 million. Physical versions of the items were also received by the winners of each item, as well as exclusive access to Dolce & Gabbana events. UNXD is not stopping there when it comes to contributing to the growth of fashion in the NFT space. In July 2021, they announced a partnership with Polygon to launch a $10 million “Culture Fund” that aims to expand the use of NFTs in the fashion industry.

Gucci
Gucci has also made a foray into Web3, recently announcing that they have bought virtual land on metaverse platform The Sandbox and will begin construction of its own world there. The announcement reads,

“Gucci and The Sandbox will collaborate to create an interactive fashion experience based on Vault, Gucci’s conceptual space and meeting place inspired by childhood memories of the search for beauty”.

Although specifics have not yet been announced, there’s been hints from initial reports that Gucci’s space in The Sandbox may be used for immersive experiences and in-game virtual wear created by Gucci designers. The high-fashion brand has previous experience with Web3, being the first luxury brand to have one when they auctioned a 1-of-1 four-minute film at Christie’s in May 2021. They also created a 2 week virtual showcase of Roblox’s “latest developer tools and lighting technology” in 2020 called The Gucci Garden Experience. This featured a store where visitors could purchase exclusive, limited-edition avatar items, exhibition space and even a pool.

A Collaborative Platform For Luxury Fashion Item Creation
Bridging the physical world with the metaverse, another luxury fashion project making strides in Web3 is Faith Tribe. Stemming from Parisian luxury fashion brand Faith Connexion, Faith Tribe have created an NFT platform for both designers and consumers of fashion. Through a hybrid of blockchain tech and luxury fashion production tools, Faith Tribe’s platform allows its users to design, customize, mint and distribute their own digital and physical fashion assets. It’s intended to be the first fully decentralized and community-owned ecosystem for the collaborative creation of fashion items. Clothing minted on Faith Tribe’s platform will be available in both physical and digital formats, which can be bought using the platform’s own native deflationary token, $FTRB, which launched 24th February, 2022 on AscendEx and February 28th on Bitmart.. $FTRB, is a dual-chain token, built on the Ethereum and Polygon blockchain.

To see that metaverses and NFTs are gradually being adopted by real world companies is new and refreshing for the Web3 ecosystem which was once composed of people in digital industries and circles.To keep up to date with $FTRB: Website | Twitter | Telegram group