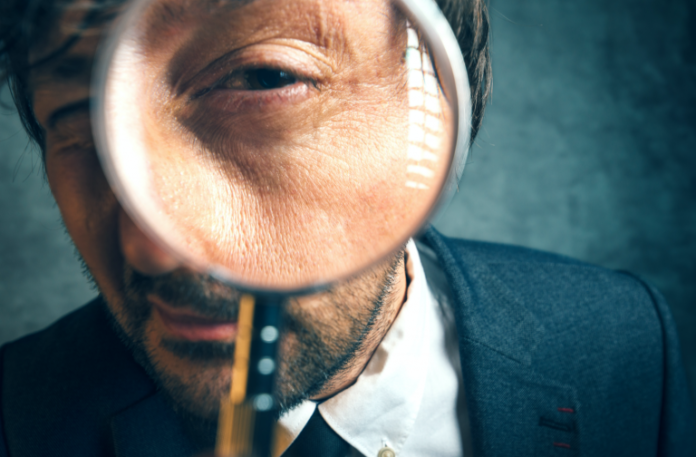 Tax season is one of the most dreaded times of the year for many, and when the added confusion of filing crypto returns is thrown into to the mix, things can get even stickier. News.Bitcoin.com recently talked with Clinton Donnelly of Donnelly Tax Law, a service that specializes in crypto returns. The U.S. Treasury-licensed Enrolled Agent shared some of his opinions and insights regarding crypto audits and what triggers them, as well as an example from a client.

The IRS announcement that thousands of tax warning letters would be issued to United States crypto holders last summer elicited calls for greater clarification and guidelines, but it hasn’t stopped the Internal Revenue Service audit train from steaming forward. The presence of a new crypto question on 2019’s Schedule 1 form has individuals concerned about reporting their crypto assets correctly more than ever, and according to experts, this is for good reason.

“That is massive” says Enrolled Agent Clinton Donnelly of Donnelly Tax Law. “This question in the 2019 return … it forces every taxpayer in the United States to make a decision whether or not they’re going to be honest or not on this question, because its a yes or no and when you sign the tax return … it’s in small print, it says ‘under penalty of perjury I have reviewed this return and it’s true, complete and correct,’ so failing to check the box is incomplete.” He emphasizes:

Donnelly went on to explain that by reporting crypto gains in light of the new question, many crypto holders will inadvertently reveal that they first acquired their digital assets years back, which calls their previous years’ returns into suspicion and makes an IRS investigation more likely. Example of a Crypto Audit – Anti-Money Laundering the Active Focus

Donnelly’s service has so far seen two cryptocurrency audits with its clients, and the tax professional is interested in learning more about what triggers an IRS investigation. One client claimed to have never received the 2019 warning letters, but was audited all the same. According to Donnelly, the focus of the IRS is not so much on the methods by which capital gains are reported, but that all inputs and outputs are accounted for, and that the AML (anti-money laundering) narrative remains in central focus.

“I think people sense that the government views crypto traders as possibly engaging in some sort of crime,” Donnelly notes. “We shouldn’t feel that way, but we do.” He cites a recent Chainalysis report showing the darknet’s share of crypto usage is less than 1% of the total. The tax expert went on:

I would say most of these questions, as you read them, fall into the category of anti-money laundering … My suspicion is that if the IRS wanted to crack down on every American that traded cryptos they could do it, but the backlash from voters back to congress would snap the IRS in the face and they would be sent packing … So I think as long as they stay on the money laundering theme, then they look above board.

Donnelly also shared a non-confidential snippet of a client’s IRS audit letter for a 2017 return relating to just under $40,000 in crypto gains. This client claims to have never received the warning letters from the agency.

Donnelly emphasized throughout our conversation that it is not so much the various means by which a crypto holder reports gains — using different tax tools can and often does result in slightly different numbers — but that the IRS wants to verify total asset amounts add up, with all inputs and outputs accounted for. Especially where cash is concerned. The image of the form above lays out in detail what types of specific information the agency wants to know.

Donnelly further detailed that high frequency traders are sometimes concerned when seeing large proceeds calculated for their trades on 1099-K forms from crypto exchanges, but that costs are not yet factored into these amounts. This can make some traders understandably hesitant to file, but audits are less likely if the proceeds amount is reported fully. Prosecutors love the FBAR form because they can say ‘you didn’t file it, you should have, whammo, here’s the penalty and we can assess it right now.’ There’s no due process defense on that.

The FBAR form has to do with assets held in foreign bank accounts, and must be filed by U.S. taxpayers if “the aggregate value of those foreign financial accounts exceeded $10,000 at any time during the calendar year reported.” The FBAR brings Fincen (Financial Crimes Enforcement Network) into the tax action, and has to do directly with combating money laundering, so Donnelly suspects this may be part of the reason the AML narrative has become the focus of crypto tax reporting. It is also a frightening prospect for crypto traders utilizing overseas exchanges and accounts. Donnelly says his mission is to help people file what he calls a “bulletproof tax return,” as the penalties for simple mistakes and omissions can be so egregious, and so few tax advisors know how to help their clients when it comes to crypto.

News.Bitcoin.com also regularly publishes articles on available tax tools and software which may make the job of reporting easier for bitcoiners. Of course, when dealing with unpredictable and potentially dangerous groups like the IRS, individuals should exercise due diligence and research thoroughly before pursuing any course of action. Not surprisingly, the permissionless, peer-to-peer money designed to fight financial censorship that is bitcoin, has fast become a prime target for the very groups of middlemen, banks, politicians and other third parties it makes largely unnecessary.

What do you think of Donnelly’s views on crypto tax audits? Let us know in the comments section below.