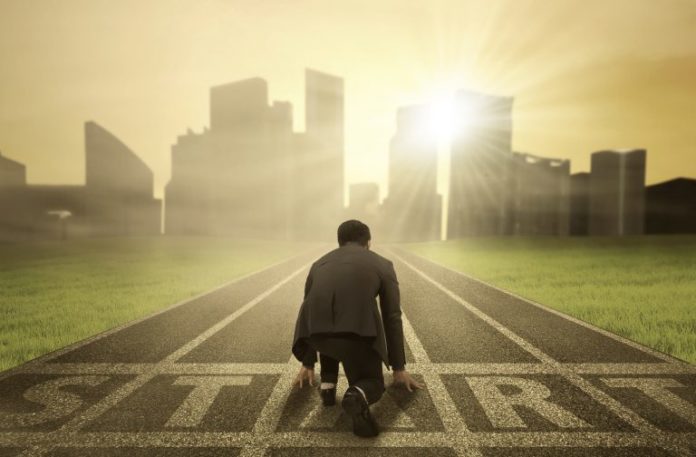 For the already initiated, there is a little spoken of land outside of crypto world where legions of normal people hear about Bitcoin and are interested, but don’t know where to begin. This is a problem considering the creator of Bitcoin, Satoshi Nakamoto, designed it as a peer-to-peer electronic cash system for anyone to use. Now that Bitcoin is in the news daily, and businesses and banks around the world are adopting the tech that supports it, it seems high time to better assist those interested in diving in.

Also Read: How Is Bitcoin Cash Different From Bitcoin Core?

What Is a Bitcoin?

With well over 5,000 different cryptocurrencies currently in existence, someone new to the scene might understandably be taken aback or even put off by the overwhelming amount of info surrounding digital assets. Luckily, the most popular cryptos aren’t so numerous, and the one that started it all, Bitcoin, is the focus of this article.

A breakdown of what Bitcoin is in simplest terms can be found in this resource from Bitcoin.com which states: “Bitcoin is a new type of digital money and, just like with all money, you can store it, exchange it, and make payments with it. However, unlike with traditional (fiat) currencies where payments are controlled by central banks, Bitcoin puts you in full control of your own money.”

The reason the holder of bitcoin is in control is thanks to a decentralized system that depends on math and open source code — not politicians, central servers or banks — to record, secure and enable transactions. When you have the private keys to your coins, nobody can take them. This is in stark contrast to a system like Paypal’s, for example, where the company can decide to withhold your funds or cancel a payment at will, with or without consent from the user. Getting, Storing, and Spending Coins

The first step to getting into Bitcoin is having a basic understanding of what it is and what it can do. The second is to get your hands on some of it. As there are a couple “branches” of bitcoin (created by chain splits called forks) it is important to be familiar with the differences. For the purposes of this guide, however, the focus will be on Bitcoin Cash (BCH), referred to hereafter just as bitcoin, as it most closely adheres to Satoshi Nakamoto’s original vision for a peer-to-peer electronic cash system.

Getting and Securing a Wallet

Like traditional money, bitcoin must be stored somewhere, and requires a wallet. Crypto wallets are of course different from physical wallets that hold paper money and coins, but the concept is basically the same. There are mobile wallets and desktop wallets, as well as another variety called “cold storage.” It is highly important to make sure a wallet is non-custodial, meaning the user is in complete control of the funds, and not the wallet provider.

Once a newcomer to the crypto world has downloaded a non-custodial wallet, they’ll need to secure it. This is primarily done by backing up, writing down, or otherwise safely storing what is called a “seed phrase” or recovery phrase. A seed phrase is a string of words that can be used to restore your wallet if it is ever lost, and can be revealed in a wallet’s options or settings menu.

Let’s say someone takes their phone into the bathroom and drops the device into the toilet. Though the phone might be ruined, it doesn’t mean the bitcoin in the phone has been flushed. Once the person gets a new phone, they simply download the app again, and use the seed phrase to restore the wallet, complete with funds. The beauty of bitcoin is that the money is recorded on a distributed, encrypted ledger secured by multiple parties (blockchain), so the loss of one device doesn’t mean the loss of one’s cash.

Once a seed phrase is safely stored out of sight and in a secure place, the wallet should be locked so that a pin, password or fingerprint is required to open it. This is highly important as someone could pick up the phone and freely spend bitcoins if the phone and wallet are left unattended and unlocked. A bitcoin neophyte can now begin loading their wallet with satoshis – the name for the smallest unit of bitcoin. There are several ways to acquire bitcoin. It can be purchased with a credit card, bought on an exchange, traded for privately, or even picked up in small amounts for free, via what is called a bitcoin faucet.

Crypto wallets send and receive money by way of bitcoin addresses. These are strings of characters that signify a wallet’s identity. A user’s public address can be shared with anyone in order to receive funds, and can also be represented as a QR code for easy transactions.

For example, in acquiring bitcoin via the Bitcoin Cash Faucet, the user is prompted in the final step to provide their bitcoin address. A good, reliable wallet will clearly show a user’s address when the “receive” or similar button is tapped in their wallet.

Every option for acquiring bitcoin mentioned above will require a wallet and an address. The video below demonstrates how QR code addresses are used to receive bitcoin as a shop owner in Venezuela accepts BCH from a customer:

After all the right preparations have been made comes the fun part: spending bitcoin as peer-to-peer electronic cash for virtually anything and everything. Whether it is travel, charity, food, clothes, gift cards or anything in between, bitcoin can be used to get the job done. The Bitcoin Cash Map is a handy app that will show brick and mortar stores accepting bitcoin in your area.

The spending process is as easy as receiving. All that is needed is a merchant or other receiver’s address (in the form of a character string or QR code), and a tap or swipe of the send button after verifying the amount is correct. What’s more, crypto wallets keep track of your transactions for you, making record keeping and monitoring balances easy. A lot of newbies to the exciting world of crypto start out by sending tiny amounts to a friend, or even to themselves via another wallet, just to get comfortable with the process. This can be a fun way to get a real feel for how bitcoin works. Though some crypto OGs, influencers, and talking heads on Twitter might seem aloof and out of reach on account of their next-level geekiness, it’s important to remember that they too were once new to crypto. As Bitcoin continues its rapid evolution from niche tech to peer-to-peer electronic cash for the world, you may just find yourself a “bitcoin OG” sooner than you think.

What got you interested in Bitcoin? Let us know in the comments section below.

Disclaimer: Walkthrough and guide editorials are intended for informational purposes only. There are multiple security risks and methods that are ultimately made by the decisions of the user. There are various steps mentioned in reviews and guides and some of them are optional. Neither Bitcoin.com nor the author is responsible for any losses, mistakes, skipped steps or security measures not taken, as the ultimate decision-making process to do any of these things is solely the reader’s responsibility. For good measure always cross-reference guides with other walkthroughs found online.

Cryptocurrency is cool, and you know everyone wants in – even the ones who say they don’t. Show the world how cutting-edge you are with a bitcoin T-shirt, hoodie, bag, key-ring, even a Trezor hardware wallet. Shipping all over the world, quality merchandise and, of course, a payment system that makes people say “wow!”

The post How To Start Using Bitcoin: Buying, Storing, and Spending Crypto for a Total Newb appeared first on Bitcoin News.