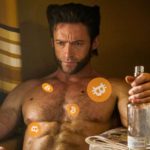 A new crypto scam has used the image and name of Australian actor Hugh Jackman to promote its bitcoin fraud and mislead new investors.

The scammers have posted on a fake news website that the X-men actor discovered a ‘wealth loophole’ in which anyone can become a millionaire in a matter of four months.

Reportedly the scam was mostly pitched to Australians, promising unfeasible returns of 10,000 percent. 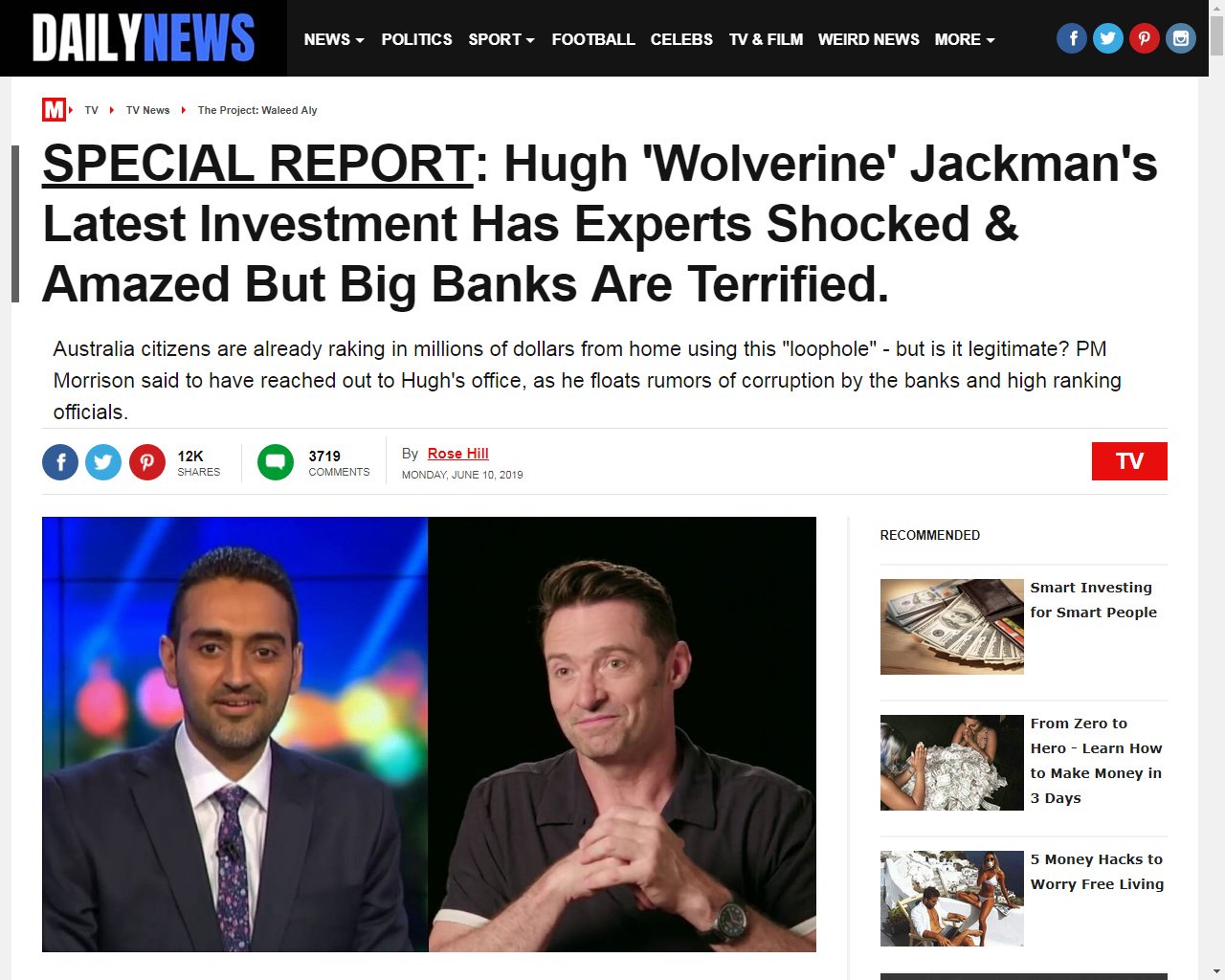 The landing page of the bitcoin scam was designed to look and have the same tone as a mainstream news website. But there are many red flags showing that this is not a legitimate website. For one, all when you click on any link on the page you will be redirected to a site that was designed to collect user information.

Secondly, the site claimed it had a high number of comments, almost 4,000 and 12,000 worth of social media shares. But if you click on the comments you will be redirected once again to the same information-collecting site.

The fake news story also claimed that the actor’s fans were devasted as Jackman announced that he would retire from acting and get into crypto investment.

“Hugh has announced that he is expecting to double the value of his investment in just half a year.”

Also, if the user enters the page and scrolls down, the following pop up appears: 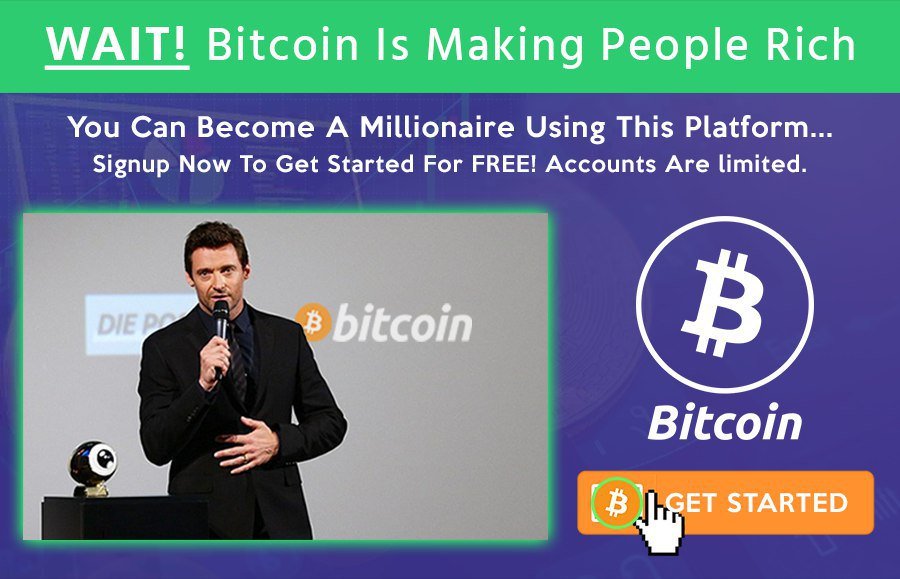 There is also no legal or corporate information featured at the bottom which all legitimate organizations should have.

Regarding the article itself, which is titled “Hugh ‘Wolverine’ Jackman’s Latest Investment Has Experts Shocked & Amazed but Big Banks Are Terrified”, the ad banners features Jackman given a speech with the Bitcoin logo in the background.

But upon close inspection, you can see that Jackman has been cropped and inserted into the image to give the appearance that he was speaking at a Bitcoin event. To only thing they probably got right as opposed to other scams, is that the article was written in intelligible English.

The scam claimed that Jackman provided the details of a ‘wealth loophole’ in an interview with Australian media personality Waleed Aly:

“And right now, my number one money-maker is a new cryptocurrency AutoTrader Program. It’s the single biggest opportunity I’ve seen in my entire lifetime to build a small fortune fast.”

To make things more believable, the scammers also posted a fake list of transactions in which Jackman make tens of thousands of dollars on a weekly basis.

The scheme claims that it uses an auto-trading software which earns them such high profits, with the technology being ‘backed by some of the smartest tech minds to ever exist’. And like most scams, names such as Elon Musk and Bill Gates appear as backers to the scheme.

This is not the first time when the names of Bill Gates and Elon Musk have been used in crypto schemes and phishing scams. Celebs or important tech figures are always used by bitcoin scams to promote their fraud and to give the appearance of a legitimate business.

How to Buy a Cryptocurrency Hardware Wallet With Bitcoin Cash

Storing digital funds in a secure hardware wallet (HW) is a vital part of safeguarding your cryptocurrency holdings against hackers...