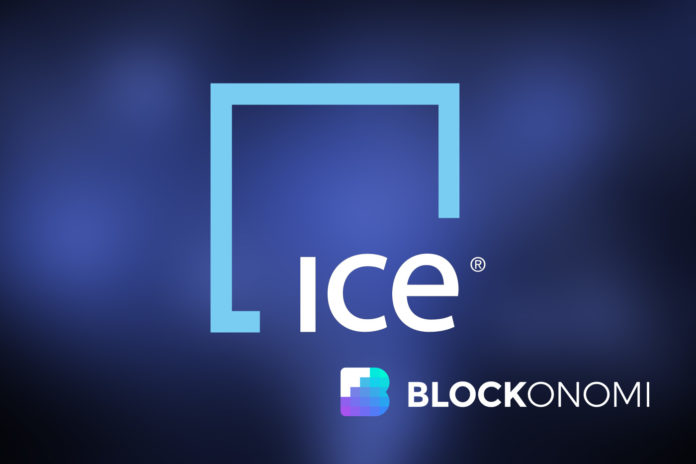 Intercontinental Exchange Inc. (ICE) continues to make inroads into the cryptoeconomy by allowing others to do the same.

Last week, ICE, the owner-operators of the New York Stock Exchange and more than a handful of other mainstream exchanges across the world, opened up its ICE Cryptocurrency Data Feed to dozens of new cryptocurrencies.

That feed was originally announced in January 2018 as a collaboration between ICE and bitcoin technology company Blockstream, who consolidates and provides the required data from cryptocurrency exchanges. The feed launched with data from no less than 15 crypto exchanges, but last week’s expansion marks ICE’s pivot toward relying on “hundreds” of cryptoeconomy institutions as the firm recently teased in a March 11th tweet.

What: ICE Cryptocurrency Data Feed
Why: Greater transparency
Who: 1,000’s of cryptocurrencies, 100’s of venues
How: 1 source of data
When: Nowhttps://t.co/9bX0sY8aQ7 pic.twitter.com/wM2Bws4rW9

The widening of the ICE Cryptocurrency Data Feed suggests the company’s crypto plans are moving along according to plan, as ICE Data Services president and chief operating officer Lynn Martin said at the beginning of last year that a major focus would be on opening the feed up to more assets:

“With the broad array of cryptocurrencies and exchanges, and given the price variances between exchanges, it’s critical that investors have a comprehensive source of pricing information. We’re excited to work with Blockstream, which is focused on bringing institutional-quality data to the market, and we look forward to expanding the feed and our strategic relationship with Blockstream over time.”

Full list of cryptocurrencies included in our Cryptocurrency Data Feed
(this is going to take a few tweets):

But What Does It Do?

On its landing page for its feed, ICE says its crypto feed is designed to give investors and firms a “comprehensive view” of the cryptoeconomy to help optimize trading:

“Access to price discovery data is crucial to assist in accurately valuing the crypto market. To help address the need for transparency and offer investors a comprehensive view, we worked with Blockstream to launch the ICE Cryptocurrency Data Feed.”

More specifically, a new promotional video released by ICE Data Services says its crypto feed can be leveraged for insights such as the following:

This is what this means for Crypto traders pic.twitter.com/eb2ejPB639

Build it, and they will come, as the saying goes. ICE is betting that as more mainstream financial institutions are eyeing the cryptoeconomy, the company’s growing crypto data feed can become the one-stop info suite for all things necessary to enterprise-grade cryptocurrency trading.

ICE made waves last fall after it announced it was created a retail and institutional cryptocurrency trading platform called Bakkt. Collaborating with the likes of Microsoft and Starbucks to make that platform a reality, ICE also caused a stir at the time in declaring its plans to create a physically-delivered bitcoin futures product.

However, Bakkt and its bitcoin futures offering have been repeatedly delayed since then as its builders work to get things done right rather than done rapidly. In an earnings call last month, ICE CEO Jeffrey Sprecher suggested the new timeline for Bakkt’s launch would be late 2019.

In the interim, then, it’s full steam ahead. Bakkt raised more than $182 million USD in its inaugural funding round in December 2018, with investors including Microsoft’s venture capital subsidiary M12 and ICE. The upstart exchange will use that war chest to play catch up with Coinbase and Binance in trying to become the premier global cryptocurrency trading venue.

There is no doubt that Bitcoin casinos have always been a popular way to spend one’s cryptocurrency. With how easy...