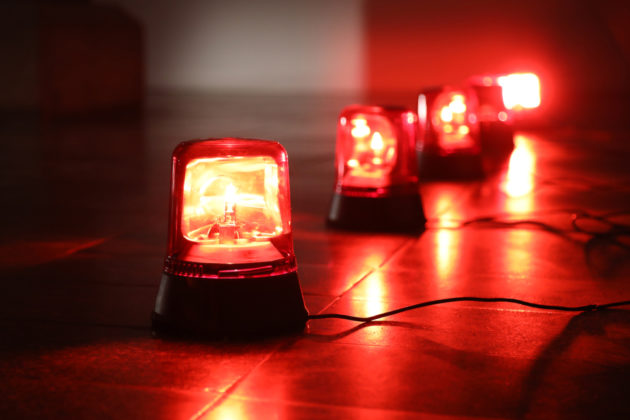 Ethereum has been closely tracking Bitcoin’s price action throughout the past several weeks and even months, struggling to garner any independent momentum
This correlation has grown particularly clear over the past few weeks, as ETH is now trading within a firm consolidation channel alongside BTC and other altcoins
It is important to note that one fractal pattern has emerged that appears to suggest Ethereum has formed a mid-term top
If history repeats itself, the crypto could be poised to see some intense near-term downside

Ethereum has been trading within the lower region of its well-established trading range between $230 and $250.
Despite briefly breaking below this lower boundary and plummeting all the way to $220, ETH’s buyers were able to absorb this selling pressure, placing it back into its multi-week consolidation channel.
Analysts are now noting that the cryptocurrency could be well-positioned to see major downside in the near-term due to the emergence of a bearish fractal pattern.
This pattern has come about due to some striking similarities between Ethereum’s price action in early-2018 and that seen recently.
One analyst concludes that this suggests ETH has formed a mid-term top and will soon crater significantly lower.
Ethereum Flashes Signs of Near-Term Weakness Despite Entering Consolidation Phase
At the time of writing, Ethereum is trading down just under 1% at its current price of $234.
It has been trading around this price level ever since it bounced from recent lows of $220. These lows were set in tandem with Bitcoin decline to $8,900.
Although Bitcoin has rebounded into the middle of its trading range at $9,500, Ethereum has been hovering around the lower boundary of its channel.
This seems to point to some underlying weakness amongst its buyers and could signal that another test of this key near-term support is imminent in the near-term.
One popular trader spoke about this weakness in a recent tweet, explaining that if investors are looking for a dip to buy, they’re likely going to receive it in the coming few days.
“ETH: Think if you want dip, you’re going to get it in the next few days here,” he noted while pointing to a target at the crypto’s next support at $220.
Image Courtesy of Pentoshi. Charts via TradingView
This Fractal Pattern Signals a Big Drop Could Be Imminent
This near-term weakness may simply be a symptom of a larger problem.
Another popular pseudonymous analyst recently put forth a chart showing a striking fractal between Ethereum’s price action seen in early 2018 and that seen currently.
Image Courtesy of il Capo Of Crypto. Charts via TradingView
As seen on the above chart, the trader does seem to believe that its recent highs of over $250 will mark a mid-term top.
Featured image from Shutterstock.

In his testimony before the Senate banking committee, Federal Reserve Chairman Jerome Powell warned Congress that the U.S. federal budget...