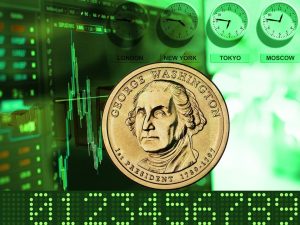 Ripple is an “inherently decentralized” system according to the company’s Chief Technology Officer, David Schwartz. Addressing the ongoing issue in a report titled The Inherently Decentralized Nature of XRP Ledger, Schwartz says that not only is the concept of decentralized misunderstood but that it’s constantly evolving. Looking at Ripple and its XRP token in traditional terms (i.e. compared to Bitcoin), many have argued that it’s not a crypto. One of the more outspoken opponents of Ripple or, more accurately, its position in the crypto world, is BitTorrent creator Bram Cohen.

Responding to a New York Times article by Nathanial Popper which questioned the role of cryptocurrencies that aren’t actually producing any transactions, Cohen took a swipe at Ripple. Stating that not only is it a centralized system but that XRP and its underlying technology aren’t innovative or impressive.

“Ripple isn’t actually a cryptocurrency, it’s a centralized token accounting system, of the sort which any idiot could have set up 20 years ago,” Cohen tweeted on July 3.

The Centralized/Decentralized Debate Rages On

While others have been less critical in their assessments of Ripple, Cohen’s opinion is one that appears to be defining its value. Although casual investors probably aren’t delving into the nuances of the system before they buy Ripple, ongoing debates can’t help but impact the price of XRP. For the purists, the recent assertion by Schwartz will certainly reopen the centralized/decentralized debate, but it won’t settle the matter. For starters, Schwartz has a vested interest in the project and will always argue that it’s a decentralized product in order to ensure it remains a force on the latest crypto rankings.

However, for people to accept the notion that Ripple is “inherently decentralized,” it requires us to reevaluate our idea of what decentralized really means. Unlike Bitcoin, Ripple uses a consensus protocol i.e. transactions are confirmed by comparing records across separate nodes. For Schwartz, this dynamic means that no one person has control over a transaction which, in turn, means it’s decentralized. However, when BitMEX researchers carried out an analysis of the underlying technology back in February, they found that Ripple actually has ultimate control over the ledger.

“[Ripple] is essentially in complete control of moving the ledger forward, so one could say that the system is centralized,” reads the report.

Although Schwartz hit back and pointed out some misunderstandings in the report, the debate over how the system works remains a hot topic for tech insiders. The question, however, is whether all of this really matters? Since 2017, the market has changed and investors are now less concerned about white papers and more about price charts and trends. To put it another way, outsiders looking to buy Ripple aren’t really worried about the centralized/decentralized argument. Even though this could ultimately decide Ripple’s status as a crypto, we now know that coins are more than mediums for replacing fiats.

The Price of Ripple Goes Beyond its Ledger

Indeed, if we look back at Bitcoin’s surge in 2017, the market was driven less by tech insiders and more by those that spotted an opportunity to make some money. Off the back of this, investors wanting to buy XRP are now weighing up a myriad of political, economic and business factors before making a move. For example, when Ripple released information that its xRapid trials have been successful, XRP’s price enjoyed an upswing. More recently, the Schwartz report saw the value increase by 14.6%, peaking at $0.37 on August 18. However, that mini-revival has since given way to another round of bearish sentiments.

Anyone wanting to buy Ripple at the time of writing (August 28) could own a single coin for $0.34. Compared to the $2+ price tag we saw at the start of 2018 – that’s a mighty fall. Sure, there could be some that are concerned that Ripple isn’t decentralized and that may give it regulatory issues. However, the reality is that the downswing is due to the crypt market’s bearish status. Like it or not, cryptos were in vogue and now they’re not. This has dramatically affected the value of all coins, not just Ripple. Until the market recalibrates and prices approach something like their true value, the intricacies of each crypto and its underlying technology don’t really matter. Yes, in the coming years, the centralized/decentralized debate will probably start to matter. For now, however, the recent comment by Schwartz isn’t hugely significant.

As a casual investor wanting to buy Ripple, it’s more important to look at the latest Ripple headlines. In other words, what has American Express said about the technology? Which financial institutions are backing it? These things impact the price of traditional commodities and now drive the price of cryptos regardless of how centralized or decentralized a ledger happens to be.

The post If You Buy Ripple Does It Matter If It’s Centralized? appeared first on The independent republic.