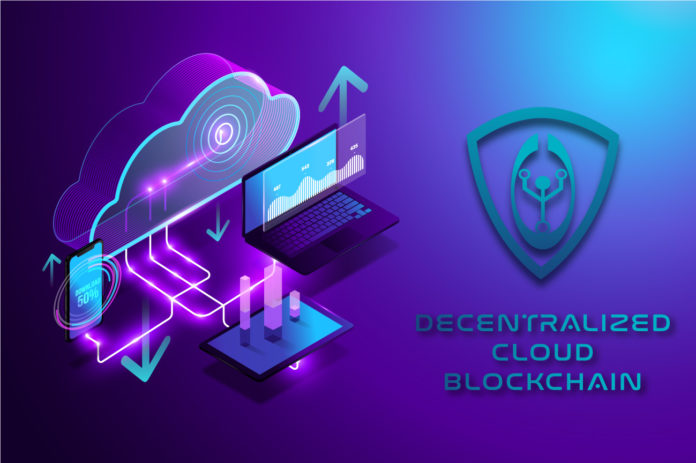 The cloud may have been one of the greatest success stories of this generation, but a centralized server architecture has its shortcomings. Personal data harvesting scandals involving Facebook and Cambridge Analytica, and similar occurrences highlight the vulnerability and insecurity of centralized cloud storage.

Taking the commitment to the privacy of information seriously, the ILCoin Team devised the DCB or Decentralized Cloud Blockchain (to be launched) to have ironclad privacy and security, but that’s not the total picture.

The following are the setbacks of centralized cloud storage which ILCoin has successfully obliterated with its DCB:

Syncing expenses– The cloud’s pay-as-you-go model can turn out to be expensive if calculations are made in the long run despite the flexibility and lower hardware costs. Constant syncing of all users and their devices to the cloud can also lead to increased bandwidth overhead.

Single point of failure– Since cloud computing services are internet-based, service outages can happen anytime and can occur for any reason and you have very little control over the whole situation. If a central controller is compromised, your data could be compromised as well.

Data Leaks– It’s a daily occurrence for server misconfigurations that lead to data leaks. One recent such example is the leak of a Dow Jones Watchlist Database, containing identities of government officials. As long as there is a human factor involved in data transfer, these situations cannot be avoided but part and parcel of centralized cloud storage.

Privacy concerns- Providers like Amazon, Google and others storing information on the centralized cloud servers are required by CLOUD Act legislation to submit evidence of details to law enforcement on the strength of a warrant. This legislation is enforced on stored data of organizations including the details if it’s stored in another country or server. Compliance and management are handed over to the provider and totally outside of user control even for GDPR, HIPAA, SOX, and similar regulations.

The biggest challenge solved by DCB is the on-chain-based data storage of videos, files, and documents. Decentralized Cloud Blockchain (DCB) is based on the RIFT protocol that gives the capability to store data on the Mini-Blocks. Users can store different versions of any media such as big files, videos, images, text, databases, etc., basically any file that you want to store.

Rift-Protocol is the foundation and basis of DCB. In other words, Rift-Protocol and C2P (Command Chain Protocol) are the prerequisites for DCB. Setting up an on-chain based data storage system like DCB is simply impossible without the Rift-Protocol.

The total picture would include the RIFT Protocol and the Command Chain Protocol which constitute the “completely redesigned generic build-up and base concept of blockchain technology”. Evidently, this architecture proves the uniqueness of ILCoin technology.

Operations on a DCB is actually very simple but ingenious when viewed as a series of steps that allows the storage of information, as follows:

As many times as the data is being split, the higher encryption depth level it will have. The stepwise process:

1. The user chooses the level of encryption

2. The File will be encrypted and the information is split across Mini-Blocks.

3. Every Mini-Block is encrypted with a different hash

4. In order to retrieve the information, each Mini-Block must be decrypted

5. The private key is needed to open each and every Mini-Block

6. After, the decryption data needs to be assembled

7. Once the file is assembled, the private key is required to decrypt it and to be able to view it

ILCoin’s DCB also has the capability to track versions of files, keeping a record of the historical changes, in a complete, decentralized autonomous system, cloud-based, peer to peer with SHA-256.

ILCoin’s DCB enables each node to have its own cloud functionality of remote access, sharing, streaming, collaboration, and file management.

This is definitely an upgrade from the centralized cloud storage that requires transferring and storing duplicated files over the internet to a central datacenter located miles away.

The DCB architecture addresses the inefficiency issues of uploading, downloading and syncing subsets of data to the limited storage capacity of cloud servers which causes broader threat surface, data leaks, configuration complexities, to name a few.

Data is not duplicated to third-party servers or secondary locations, which reduces the attack surface.

DCB guarantees the security of the network to be far stronger than what the centralized cloud infrastructure offers because it provides security via compartmentalization. Even if attackers are able to access a block of data, they cannot infiltrate it as it is only a partial file.

DCB also splits files into small portions of Mini-Blocks and replicates data across distributed file systems providing redundancy via multiple nodes. If a node is hacked or brought down, other nodes continue to function, presenting a failsafe that increases cloud stability.

By utilizing DCB, security is maximized, all stored files are made available on the platform, privacy and self-management of files are maintained.