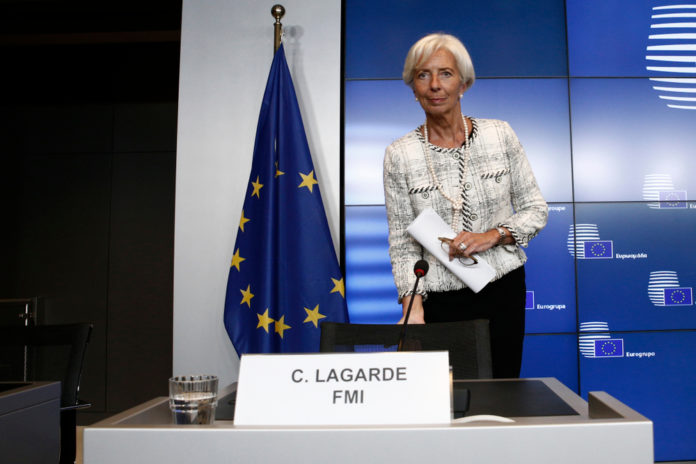 Miracles are happening from time to time. And so it will probably have led to some attentive news readers to wonder, what to hear from the side of the head of the International Monetary Fund to the midweek.

State Digital Currencies as a Tool against Crime?

According to the British “Guardian”, Christine Lagarde, the managing director of the IMF, advocated that governments should think as quickly as possible of developing their own cryptocurrencies to complement Bitcoin and its now four-digit alternatives. This statement was heard at a major fintech conference in Singapore. Lagarde’s recommendation, however, does not primarily aim to make the state’s currencies rank higher than the ripple and other competitors. Rather, the IMF boss is concerned that states should not leave criminals and criminals without a fight. Regarding the global fight against money laundering, Lagarde also recommends the creation of crypto-coins under the responsibility of state institutions.

Addressees of this statement are undoubtedly primarily the respective central banks. Criminal offenses should therefore be prevented by States own digital money in the future. The progress in the area of ​​virtual networks with increasing transaction volume is unstoppable. Without their own measures, states risked escalation in the already often “unstable trading venues” where digital currencies are used. It is Lagarde in her remarks but not only on the criminal energy of some market participants.

Ambiguous reactions to the demands

Rather, the head of the IMF also emphasizes the opportunities of state-owned digital currencies to promote financial services in poorer regions of the world – above all in the so-called developing countries. There are already cooperation plans on this point. For example, at the United Nations and the BCF Foundation. Many industry experts criticize the statement insofar as an institutional rethinking in the long run could mean the end of the decentralized and unregulated crypto systems. But this lack of state influence is exactly what convinced crypto fans and investors love.