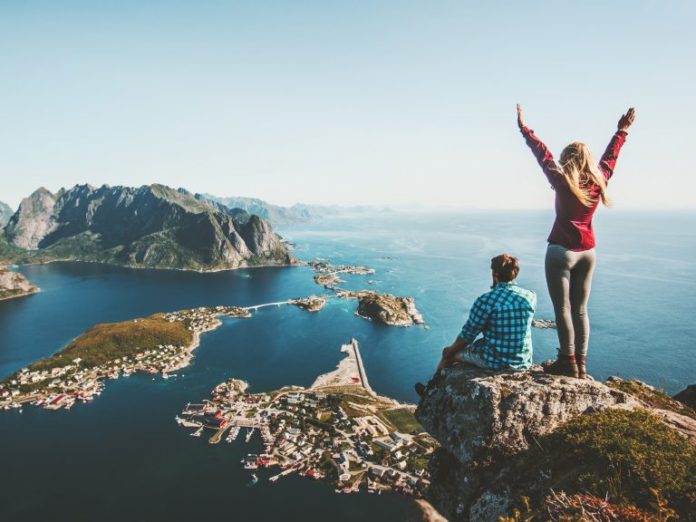 In this edition of The Daily, we look at Liberstad’s progress toward building a libertarian community in Norway. The city has just issued its own digital coin. Also, crypto mining contracts have been classified as securities in the Canadian province of Quebec. And in Europe, Luxembourg has adopted a law that protects crypto traders and investors.

Liberstad, Norway’s self-proclaimed private city, has adopted its own ‘city coin’ as the official currency and the only medium of exchange in the libertarian territory. The crypto is based on Liberstad’s smart city platform City Chain which utilizes blockchain technology to enable the design, implementation and use of services for the city’s inhabitants. A press release detailed:

Whereas cities currently rely on public services operated by government entities, City Chain gives existing and emerging cities such as Liberstad the opportunity to build and offer services conducted on a private, internal and voluntary basis.

City Chain hosts a number of features for emerging cities like Liberstad. One of them is City Hub, a dashboard for smart city inhabitants that citizens can access through a mobile app. It allows users to interact with the community, vote on or launch new initiatives, register property and contract insurance, among other options. The platform’s native token can already be traded. It’s available on the P2pb2b exchange and Liberstad’s own Block Exchange. According to its creators, city coin will be used to buy products and services within the city, pay wages as well as for funding civic projects.

New investors will also be able to purchase land plots with the coin in the future. The anarcho-capitalist city claims it has already sold over 100 plots to investors coming from various countries. Last year, the project announced it accepts payments in 27 different cryptocurrencies including bitcoin cash (BCH) and bitcoin core (BTC).

The Financial Markets Authority of Quebec (AMF) has stated that cryptocurrency mining contracts can fall under existing regulations for securities. The Canadian regulator made the announcement in relation to a request that the investors of a crypto mining company contact the AMF regarding unrecovered investments, The Daily Hodl reported. According to the publication, Technologies Crypto Inc. reportedly took $300,000 from investors. They expected their money to be used for cryptocurrency mining. However, many investors have not been able to contact the company for a while. Jean-François Fortin, an AMF official, commented:

With this decision, the Financial Administrative Tribunal ruled for the first time that an investment offer related to cryptocurrency mining may constitute an investment contract, i.e. a security whose public offering is regulated.

In February, the AMF asked the tribunal to issue a series of freezing orders against Technologies Crypto Inc. The company should release custody of its mining equipment and cease all activities related to the trade of securities. The regulator also invited its investors who have to contact the authority and ask for assistance.

The small nation of Luxembourg has adopted a law that will provide protection for cryptocurrency traders and investors. Lawmakers who supported the so-called ‘blockchain bill’ hope that it will bring more transparency to the crypto markets. The legislation was passed with an overwhelming majority of 58 out of 60 votes. According to an announcement published on the website of Luxembourg’s Chamber of Deputies, Bill 7363 is expected to provide financial market participants with legal certainty for the circulation of securities via distributed ledgers. The authors also want to make the transfer of securities more efficient by reducing the number of intermediaries.

With the adoption of the draft, Luxembourg becomes a member of the club of European nations that have taken steps to regulate the crypto space. Other jurisdictions in the group include Switzerland, Estonia, Malta, Gibraltar, and the Isle of Man.