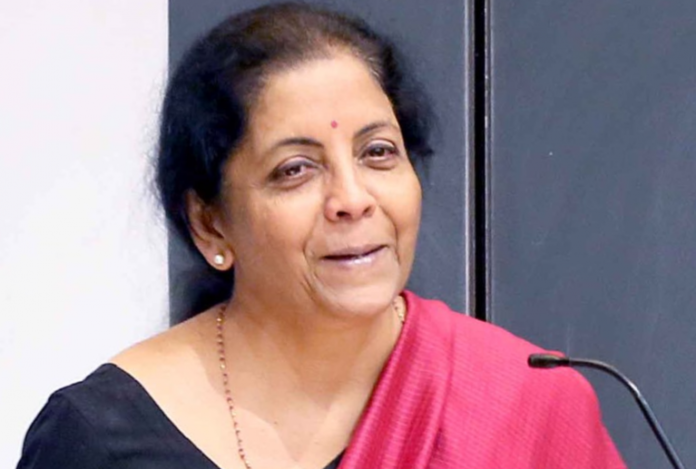 At the Annual Meetings of the Boards of Governors of the World Bank Group and the International Monetary Fund (IMF) in Washington, D.C., Indian Finance Minister Nirmala Sitharaman talked about cryptocurrency and stablecoins, PTI reported. The annual meetings and related events took place from Monday, Oct. 14, through Sunday, Oct. 20. The news outlet added that Shaktikanta Das, Governor of the Reserve Bank of India (RBI), also spoke about cryptocurrencies during one of the interventions.

A group of reporters asked Sitharaman on Sunday about Facebook’s Libra crypto project. She responded, “On our side, the Reserve Bank governor spoke about it during our turn to intervene,” adding:

I got the sense that many countries were cautioning on rushing into this.

Since Facebook unveiled its plan for the Libra project in June, many regulators worldwide have been scrutinizing the project. France and Germany are even reportedly discussing banning Libra in their countries, at least until all the concerns have been addressed. As for India, former Secretary of the Department of Economic Affairs Subhash Chandra Garg previously said that the Indian government will not allow Libra in the country since it would be a private cryptocurrency.

“Some of them (countries) of course even suggested that they shouldn’t be using, all of us shouldn’t be using the name stable currency because that’s the expression they used,” Sitharaman was further quoted by PTI as saying. “Many cautioned to the extent saying even the name should not be stable currency, it should relate to virtual currency or something of the kind.” The finance minister added that “countries will have to show extreme caution much before anything is said or moved on this.”

Nonetheless, some positive aspects of cryptocurrency were discussed, as Sitharaman revealed:

In fact, this morning some of the presentations were also highlighting the strengths of such virtual currency.

“But equally everyone without fail spoke about the challenges together with talking about it as a necessary step forward,” she continued. “So everyone was stepping cautiously on it.”

The Indian government is currently deliberating on the country’s crypto policies. A report and draft bill entitled “Banning of Cryptocurrency and Regulation of Official Digital Currency Bill 2019” were submitted to the Ministry of Finance in February and made public in July. Both were produced by an interministerial committee (IMC) headed by Garg who has since been reassigned to the Power Ministry.

While the Indian government has not announced any decisions regarding the bill or the regulation of cryptocurrency, it has told the country’s supreme court that the crypto bill may be introduced in the next session of parliament. In July, the finance minister talked about the IMC report, calling it “a very futuristic and well-thought-out report,” but admitted that she had “not spent time on it after the presentation.”

Meanwhile, the Indian crypto community has been actively campaigning for the government to reevaluate the IMC recommendations, emphasizing that the report is flawed. At least one lawmaker is willing to listen and help the community. Further, the RBI has prohibited financial institutions from providing services to crypto businesses. The ban, which went into effect in July last year, has been challenged in the supreme court, which is expected to resume hearing the case on Nov. 19.

At the same conference, IMF Managing Director Kristalina Georgieva also briefly talked about cryptocurrency and stablecoins such as Libra, PTI also reported. She revealed that the IMF has been engaged quite extensively with other organizations on this subject, such as the Financial Stability Board (FSB) and the European Central Bank, including assessing the benefits and risks involved. Georgieva elaborated:

We take a very balanced approach. We look at the ease of use, cost savings, and most importantly, financial inclusion as very important benefits. But we are also very mindful that they can be a risk for privacy, consumer privacy. After noting the risks that digital currency can be “abused for illegal purposes,” the IMF managing director said that there are also “issues on sovereignty that need to be well understood and addressed. And in that sense, we will continue to work.” Georgieva further commented:

We are not specifically focusing on Libra. We are looking into, one, the inevitability of expanding digital money on the wave of the digital revolution, but then the necessity to do so, mindful of monetary stability.

Last week, the FSB chairman wrote a letter to the G20 finance ministers and central bank governors informing them that, unlike crypto assets, stablecoins with the potential to be adopted globally do pose financial stability risks. A recently released G7 report outlines some of these risks. In addition, the G20 issued a statement last week that stablecoins “with potential systemic footprints give rise to a set of serious public policy and regulatory risks,” adding that they “need to be evaluated and appropriately addressed before these projects can commence operation.”

What do you think of the Indian finance minister’s view on cryptocurrency and stablecoins? Let us know in the comments section below.