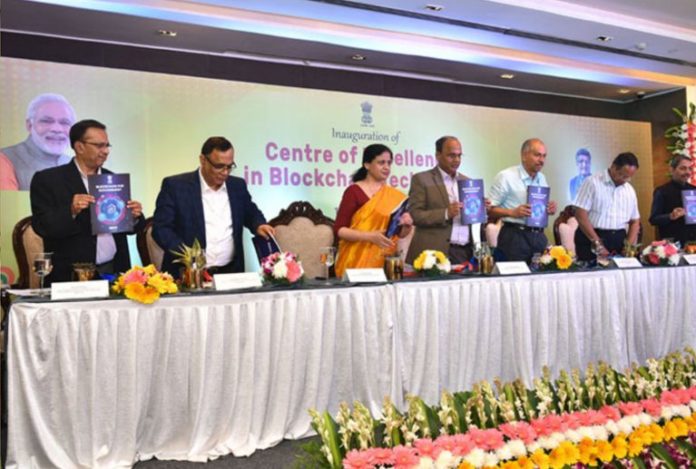 A Centre of Excellence in Blockchain Technology has been inaugurated by Indian Union Minister Ravi Shankar Prasad in Bengaluru. It will facilitate various government departments in their blockchain work, leading to large scale deployment of blockchain applications.

India’s Ministry of Electronics & Information Technology (Meity) announced the inauguration of a Centre of Excellence in Blockchain Technology in Bengaluru by Shri Ravi Shankar Prasad on Saturday. Prasad is the Union Minister for Law & Justice, Communications and Meity. The event was attended by several dignitaries from the central and state governments.

The center was set up by the National Informatics Centre (NIC) with the aim “to provide blockchain as a service and allowing all stakeholders to benefit from shared learning, experiences and resources.” The Indian government described the NIC as “a premier technology advisor and ICT solution provider to government at all levels.” The NIC works closely with the central government, state governments, UT administrations, districts and other government bodies, offering them a wide range of services.

Speaking after inaugurating the center, Union Information Technology Minister Prasad said that India is witnessing digital transformation as most of the state governments are adopting technologies widely in their governance. He said that approximately 16,000 courts in India have been transformed into e-courts and technologies related to the Direct Benefit Transfer and e-scholarship developed by the NIC are already widely used. Prasad calls the NIC the “backbone of digital governance in India.” According to The Hindu news outlet:

He [the minister] was particularly optimistic about applications of blockchain technology in primary education. He appealed to NIC to explore the potential of the new technology in improving the quality of government schools across the country.

The Centre of Excellence in Blockchain Technology has developed blockchain-based proof of concepts for select government use cases in order to gain an understanding of the potential benefits afforded by this emerging technology, the announcement continues. “New and previously unforeseen applications of blockchain in the government are expected to enhance transparency, traceability, and trust in e-governance systems.”

Among the sectors blockchain technology would aid the government, for example in providing trust and immutability, are health, finance, and agriculture. The announcement adds:

The Centre of Excellence will facilitate the government departments in building proof of concepts for use of blockchain technology in different dimensions of governance leading to large scale deployment of some such applications.

According to the Ministry of Electronics & Information Technology’s annual report form 2018-19, centers of excellence are being set up across India. The goal is to “ensure India builds leadership in the emerging sectors,” including in areas of internet of things, blockchain, fintech, and artificial intelligence, the report details. The centers are set up in a collaborative approach by Software Technology Parks of India (STPI), a society established by Meity with the aim to encourage, promote, and boost the export of Indian software.

Furthermore, the Centre for Development of Advanced Computing (C-DAC), Meity’s autonomous scientific society, has initiated efforts towards the establishment of a Distributed Centre of Excellence for Blockchain Technology. Under this initiative, a blockchain technology-based property registration management system has been designed and implemented, the ministry explained. Efforts have also been made towards integrating blockchain technology with existing applications. C-DAC has signed a memorandum of understanding with the Telangana state government to explore the use of blockchain technology.

The Ministry of Commerce and Industry has also been involved in a notable blockchain project. It announced a blockchain-based coffee e-marketplace in March 2019, citing that India is the only country in the world where all coffee is grown under shade, handpicked and sun dried. The marketplace is a pilot project to help integrate India’s farmers with markets in a transparent manner to realize a fair price for the coffee producer.

What do you think of the Indian government’s blockchain efforts? Let us know in the comments section below.

Images courtesy of Shutterstock and the government of India.