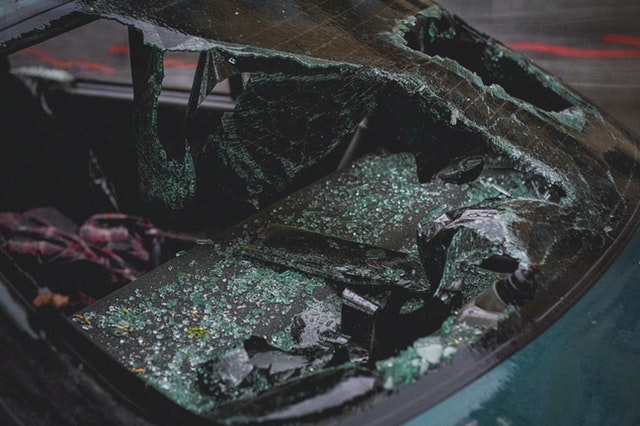 The crypto prices have surged quite high in the last few months. Of course, their progress is nowhere near the one seen in 2017, but they appear to be getting there, one day at the time. However, things might not be as simple as that, and according to recent performance — it is more than possible that a major Bitcoin crash is incoming.

The fact is that cryptos saw a massive amount of growth in a very short period. Bitcoin itself more than doubled its price in only two months. Now, the rally is starting to crash in on itself, and the coin is already about $1,000 lower than last week. If such development does come to pass, a lot of people will experience quite large losses, although experienced investors might find some opportunities, and leverage in order to enhance their holdings’ long-term value.

For example, Bitcoin dominance is expected to crash very quickly, which will work in favor of quite a lot of altcoins. While this does not seem to be the best time to invest in BTC, altcoins are another story, and diversifying a portfolio now might end up being very profitable in days to come.

The crash that analysts are predicting right now comes as a direct consequence of all the hype that has been building up in the past two months. With the prices going up due to a recovery, many tend to forget that corrections are still something that never fails to arrive, and the fear of missing out tends to get to even the most cautious of investors.

Of course, the crash that is likely to follow will not be nearly as devastating as the one in 2018, but it is likely to act as its mini-version. The behavior is pretty much the same — BTC sees sudden growth, the volume starts to hesitate, buyers start losing interest, and sellers take over, use the opportunity to make a profit, causing the price to crash along the way.

Even Bitcoin dominance is ready to see a correction, which will likely spark an even larger sellout. Many use the index to try and predict the price’s behavior, and as soon as the coin’s dominance starts to drop, they tend to sell it for LTC and ADA. Then, they buy BTC again when the price is low, and the cycle continues.

The index is currently very close to the overbought territory, and it has topped off at 58%. As a result, it is likely to fall soon, with its first support at 50%. If this support does not stop it, it is more than likely that an ever bigger crash is going to follow. However, as mentioned, this will be a good thing for altcoins. Many of them saw quite a surge the last time BTC index hit this level, which was earlier this year, in March.

The rise of altcoins is coming

When Bitcoin started growing seriously back in April, a lot of altcoins suffered as traders and investors went for the BTC. This kept driving the coin’s price to major heights, and this is why we are now about to see a correction. However, with BTC expected to come, many are already buying altcoins they previously dumped.

As a result, the demand and price will surge, and BTC will drop due to an oversale. BTC is currently as high as it is going to get for the moment, while the altcoins are at their lowest, so such a strategy does make sense. Later, when the altcoins reach their respective peaks, and BTC hits bottom, the situation will get reversed once more, and BTC will see demand and hype.

In the end, the best anyone can do now is sell BTC, and buy altcoins, and then return later, once the largest crypto hits bottom. The price will crash whether you participate in a selloff or not. You can at least make a profit instead of losing your investments.

Photo by Artyom Kulakov from Pexels