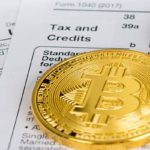 The U.S. Internal Revenue Service (IRS) has issued tax refunds to crypto holders who filed and submitted accurate reports. This move by the revenue collector could signal that the agency is not looking to punish digital assets holders.

According to reports, the Internal Revenue Service of the United States, which also happens to be the tax office in the nation, made tax refunds to several digital asset holders who paid the requisite taxes on their crypto holdings, as well as the true and accurate declaration of their holdings. The information first appeared in the Law360 publication last week.

All digital asset holders are required to submit documents detailing their transactions and trades that may have led to losses or gains by the time they file their tax returns.

Reacting to the move by the IRS, CoinTracker’s co-founder Chandan Lodha said:

“The refunds could signal that the tax agency is eager to demonstrate that those who pay taxes on their crypto will not be punished.”

Even though the IRS did not reveal the actual number of refunds, reports indicate that one of the crypto holders received a notification from the tax office indicating that his tax arrears amounted to $3,900. A full refund was then issued after the crypto holder completed making the payments.

Try to Become Compliant as Soon as Possible

CoinTracker has taken it upon itself to help hodlers become compliant, as well as find the appropriate way to respond to the letters sent out by the IRS. Reports indicate that that the tax office has sent out close to 10,000 letters to different individuals. All individuals who have received the letters are those suspected of holding cryptocurrency at some point in the past 12 months.

While it acknowledged helping its customers with the compliancy process, it didn’t provide details to indicate how many of its current clients had been issued with refunds. Some accounts indicate that those who have received the letters from the IRS are individuals whose Coinbase accounts received some exposure.

In 2017, the IRS sued Coinbase asking it to hand over account details of its customers who at the time stood at 13,000.

With Bitcoin halving 2020 approaching, many are looking towards the future trying to predict what mining might be like in...