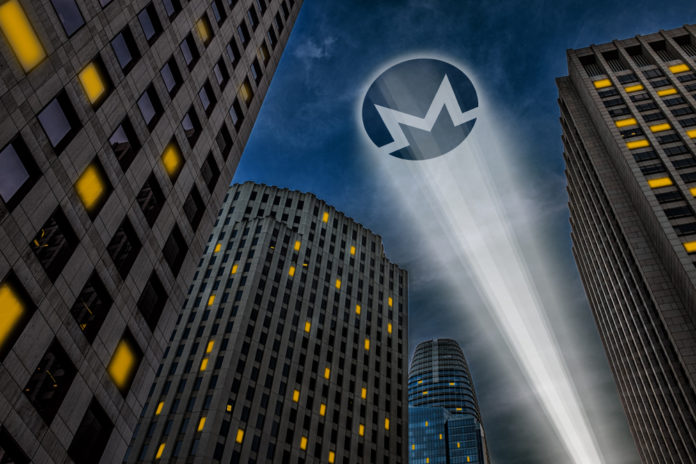 For those who do not know and are probably coming in contact with “Monero” and Monero mining as a concept for the first time, let’s do a quick lesson on this soon-to-be-a-global-phenomenon of a monetary concept and inestimable value.

Monero is another digital currency very similar to others as you may know, but the unique part of it is that it offers features such as a higher level of security and anonymity for users and every bit of their transactions.

The Monero ledger, unlike regular blockchains, doesn’t keep a record of the secret addresses of parties to any transactions, and the address created per time that is required is not linked to the actual addresses of the transaction parties as well. All Monero transactions that take place between two parties are matched up with other transactions that occur among unrelated parties, so, anyone with intentions to trace you ends up confused.

Monero handles transactions by breaking up the entire volume to be transferred into multiple parts and then treating each part as a distinct transaction on its own. As such, your actual earnings are completely untraceable by those you don’t want.

But as with any good work such as this, the bad guys out there also look at a way to leverage it for their underworld businesses. By December 2017, hackers had attacked up to 190,000 WordPress sites, held them to ransom and got them to pay ransom in Monero, according to security company Wordfence.

The European Union’s security agency, Europol, raised alarms in the same year, and had reportedly stated that “some digital currencies such as monero, ethereum, and Zcash had begun to gain popularity within the digital underground.” As such, victims of the online extortionists, who lock their victims’ out of their computers with ransomware until they cough out a payment, are being required to pay these hackers in Monero before they could gain access to their computers.

Not only hackers take an unfair advantage of the good intentions of the Monero privacy policy but also drug dealers and traders in other illicit businesses. In August 2016, the online black market site Alphabay began offering its several thousands of vendors and customers the option to accept and buy with Monero as an alternative to pre-existing coins. A quick check through the market today will show traders of everything from stolen credit cards to cocaine to handguns and assault rifles accepting the stealthier crypto coin, Monero. That increase in illicit users further illustrates Monero’s privacy potentials.

The Issue at Hand

The popularity of Monero observed from every angle by cryptocurrency enthusiasts and there are mixed reactions to the growth rate of Monero. The first challenge that newbies may have with the crypto market and transactions generally is how to manage the mining by themselves. Monero mining is actually not so difficult when one eventually has a hang of it. Steps to a successful Monero mining is as simple as:

This is an easy to use cryptocurrency mining tool that helps you to mine several cryptocurrencies with a single click, on the same platform. You can choose how many cores you want to use in your CPU and GPU per time if you have one. And if peradventure, smart mining takes you to another cryptocurrency (possibly one you often use), you can always choose Monero manually.

Other tools for your Monero Mining include AMD GPU Mining and Nvidia GPU Mining.

Monero was reported to have quadrupled in value to $349 in the final two months of 2017, according to coinmarketcap, placing it among a number of start-up coins that rose faster than competing digital currencies. Monero’s price has climbed another 7 percent so far this year, according to the same coinmarketcap.

In Moreno’s case, criminals are using it up because other coins’ underlying in privacy and tracking technology can work against them. Blockchains, as they are called, the digital ledger carefully records which addresses send and receive transactions, including the exact time and amount of the transactions. Match an address up to a committed crime and then watch pre-existing coins space carefully, and you can see the funds disappear on one end and reappear on another end.

Integrated in 2014, Monero remains very different from others. Built on the underlying Blockchain technology as with other digital currencies, the cryptocurrency uses cryptography for encoding the recipient’s address on its blockchain and generates a smokes screen (more of a decoy) to block out the real sender. This also obscures the entire volume of the transactions done, often by breaking it into several parts as stated earlier.

According to the Chief Executive Officer of Coinfirm, Pawel Kuskowski, the techniques applied are so strong and sensitive that the software integrated to indicate coins linked with criminal transactions now marks just about anything converted into or out of Monero as high risk. As such, the security and privacy of the users are guaranteed.

Monero is one of many privacy-focused coins which offers different security features. Developers behind the Monero coin say they simply and innocently created a coin that protects people’s privacy. Most people use it legitimately — they just don’t want others to know whether they’re buying a coffee or a car, and it is legally within their rights! And looking more intently, criminals are only a fraction of Monero users.

But not everyone is on board just yet. Toeing the line set by other blockchain coins, some users are continuing on the original pre-hard fork Monero blockchain. Now, there exists Monero Classic (XMC), Monero 0 (XMZ), and Monero Original (XMO). These are all an upgrade on version 11 of the Monero protocol. Of course, does not mean the previous version is obsolete but it is still compatible with a single network, using the same coin, they now just have different names.

With V 12 integrated with a major adjustment to Monero’s original CryptoNight proof-of-work hashing algorithm, a backward-incompatible change was introduced. As such, all existing Application-Specific Integrated Circuit (ASIC) mining hardware were rendered useless. Such specialized hardware is a bigger concern on the CryptoNight hashing algorithm compared to most other hashing algorithms as it could enable ASIC miners to launch a denial-of-service (DoS) attacks on a non-ASIC miner and non-mining nodes on the network.