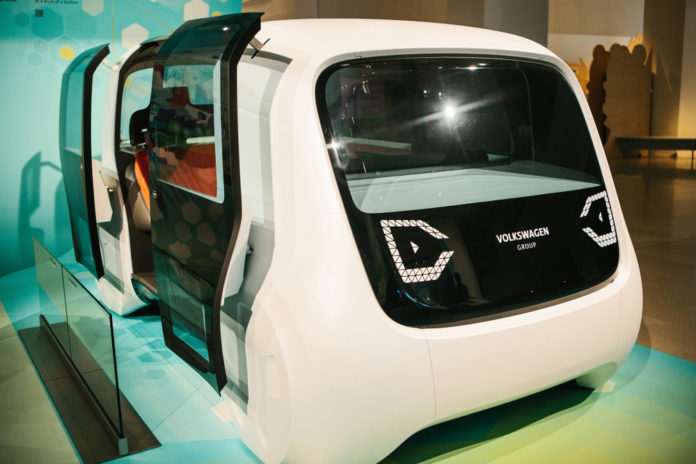 The Wolfsburg carmaker’s affinity with digital currencies and blockchain technology is well known since Volkswagen presented a proof-of-concept with Iota at the Cebit in Hanover. The Iota Blockchain alternative Tangle is to be used for secure software transfer. Now, Volkswagen has announced in a statement on blockchain and cryptocurrencies like Bitcoin, Ethereum and Iota.

Self-driving cars: Volkswagen is testing the potential of blockchain technology

Accordingly, Volkswagen internally tests the potential of the blockchain. Applications for crypto technology are located in areas such as maintenance, logistics, self-driving vehicles and solutions such as tamper-proof odometer. The car maker has nearly 300 employees working across all departments and brands to develop blockchain-based applications. Several times a year, ideas are discussed together, as Benjamin Sinram from Volkswagen Group IT reports. 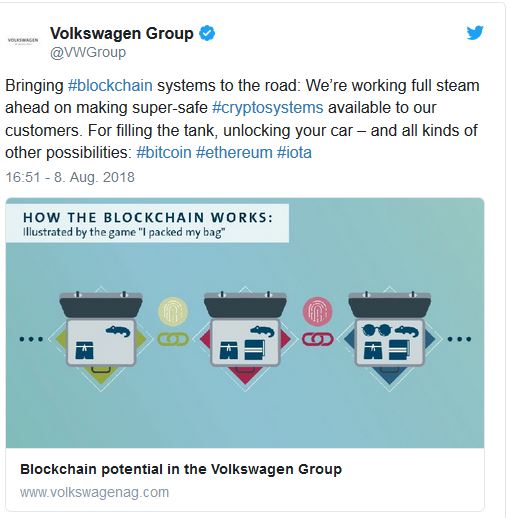 In self-propelled vehicles, a blockchain solution could provide protection against hacker attacks, for example. In addition, Bitcoin, Ethereum or Iota will in future also help to pay automatically at the gas station and in the car wash. Blockchain makes intermediaries like traditional banks unnecessary in financial transactions, says Volkswagen.

The Group subsidiary Volkswagen Financial Services is currently testing a Blockchain solution in the UK, which will make it easier for providers of charging stations to get into business with electric car owners. Volkswagen is relying on the Ethereum Blockchain. In addition, Volkswagen continues to work on its own blockchain solutions, in which the Group wants to use Iota, Ethereum, but also other crypto technologies.