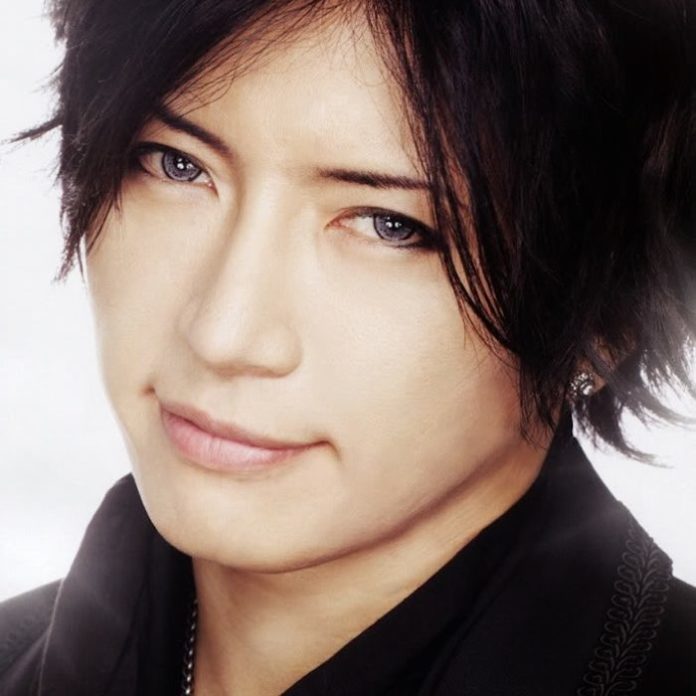 Spindle, Japan’s largest ICO officially promoted by a J-Pop star, Gakuto Oshiro, (45) better known by his stage name GACKT, was the unnamed crypto company allegedly slammed by the FSA earlier this year, a weekly Japanese magazine revealed. The company, which began dealing its own cryptocurrency, “Spindles,” aka “GACKT Coins,” in October 2017, received administrative guidance from the FSA in February 2018 not to continue selling cryptocurrencies.

Weekly Flash revealed a photo of the Japanese androgynous artist GACKT (45), and Seiko Noda, the current Japanese Minister of Internal Affairs, taken in March 2013 together with Sanae Takaichi, the then Minister of Public Affairs and Communications.

Seiko Noda served as the Chairman of General Affairs and Takaichi as Chairman of their political party at the time. The two had their offices at the 6th floor of Japan’s LDP (Liberal Democratic Party) headquarters building.

Noda and GACKT’s friendship was also already well known among the Nagatacho political circle, according to an LDP lawmaker who spoke to Weekly Flash. GACKT, famous for his anime-like facial features, is also known for a music album he released in 2007 in reference to Gundam, a 2005 film trilogy. GACKT started to be interested in cryptocurrencies and their implication around 2016, and he said he began getting involved in the business early last year.

When asked why he got involved in the crypto space, GACKT told news.Bitcoin.com that he believes cryptocurrencies are the future. “[Crypto] has a lot of potentials. […] The world is governed by countries which have power due to the money they print. They supplied wars throughout history. I believe this centralized world will soon end, and a decentralized one will start.” GACKT told news.Bitcoin.com in an interview. “The world manages to preserve the balance but it’ll lose it if it remains the way it is. We had to find a long term solution and [I believe] cryptocurrencies and the Blockchain technology are the solution. This is why I got involved in crypto,” he said.

Back in May, Spindle announced that its development company Black Star&Co. was working on an advanced platform offering services to cryptocurrency exchanges, crypto hedge funds and investors.

Ichiro Yamamoto, a blogger and writer close to the matter, was quoted telling Weekly Flash that Noda was simply unfamiliar with topics related to cryptocurrencies and her assistant meeting an FSA official was a mistake. “All that can be said about Noda letting her aide attend a meeting with a representative of Spindle [and an official of the FSA] at her office without having a solid understanding about the issues, is a gaffe on her part.” Yamamoto told the magazine.

The weekly also reported that Noda’s husband was allegedly involved in actively developing Spindle’s business. However, Noda denied any implication of her spouse in the cryptocurrency business and also denied having ever talked about business related to cryptocurrencies with GACKT, the Japanese celebrity who officially supports Spindle.

GACKT, on his side, reportedly wasn’t implicated in the meeting held with Noda’s aide and the FSA agent at the Minister’s office in January, nor did he had any intention to do so, his talent agency said. When asked about Noda’s husband, GACKT’s talent agency replied that Noda’s husband was one of many acquaintances [of someone at the agency.]

Last week, Seiko Noda admitted in front of reporters that her assistant and aide had met with an official of the FSA back in January 2018 at her parliamentary office together with a representative of the crypto exchange operator which was under FSA scrutiny at the time. Noda said she wasn’t present at the meeting and confirmed that her office had no intention to put pressure on a government investigation.

As a Cabinet Minister, Noda was exposed being accused of exerting pressure on an official government investigation. On July 19th, it was reported that the company, Spindle, tied to GACKT was suspected by the FSA of violating the fund settlement law.

What do you think of GACKT ‘s statement about cryptocurrencies? Let us know what you think about this subject in the comment section below.