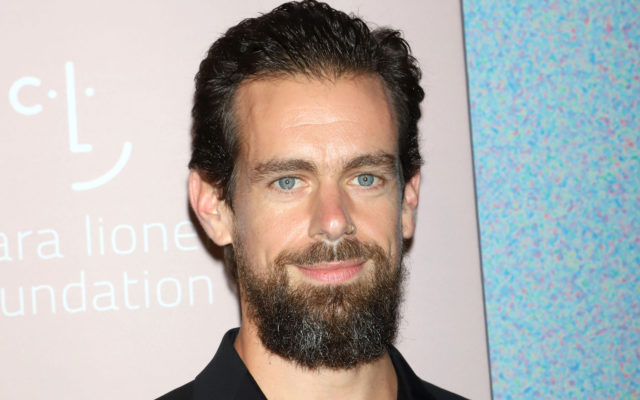 Twitter CEO Jack Dorsey has become the unlikely hero of Bitcoin social media after he joined the Lightning Network and said he would never own any altcoins.

In a tweet February 6, Dorsey confirmed his participation in the Lightning Network’s Torch initiative, a relay transaction started by a community member last month.

Regular commentator Matt Odell invited Dorsey to send him an invoice via Lightning, which in turn would net him the transaction. Dorsey obliged, leading to a flurry of excited tweets from well-known figures.

“This will become one of the most historic tweets by (Dorsey),” Armin van Bitcoin replied. And so, we begin the era of #BitcoinTwitter.”

Cool example of #BitcoinTwitter experimenting on the Lightning Network.

As Bitcoinist reported, Lightning Torch aims to produce better awareness of the benefits Lightning holds for Bitcoin users. Since its debut over a year ago, the technology, which allows Bitcoin transactions which occur almost instantly for hardly any fee, has seen a year of frantic development.

In January, the total available capacity passed 600 BTC for the first time, and at press time had expanded further to 646 BTC ($2.2 million).

‘No’ and ‘Hell Not’ to Anything Except Bitcoin

Dorsey meanwhile did not stop at Lightning advocacy. In another tweet, he publicly claimed he would not choose to own any other cryptocurrency except Bitcoin, and also weighed in on confusion over the difference between Bitcoin and Bitcoin Cash (BCH). 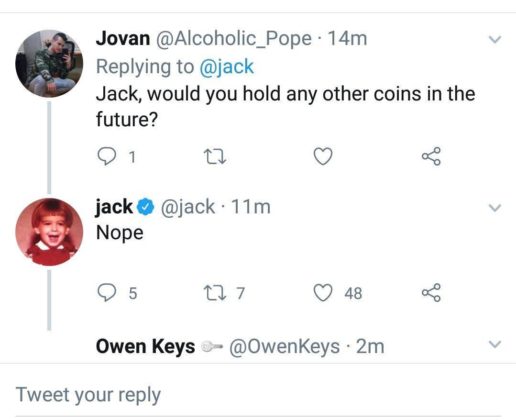 Bitcoin Cash, proponents of which control the @Bitcoin Twitter handle, had released a message complaining about Bitcoin’s future high fees around the time of Dorsey’s endorsement.

“Bitcoin is resilient. Bitcoin is principled. Bitcoin is native to internet ideals. And it’s a great brand,” he explained.

Jack ‘Loves’ Idea of Tipping in Satoshis on Twitter

Previously, the Twitter CEO had said on several occasions in public forums that he foresaw Bitcoin becoming the “native currency” of the internet. The perspective has appeared to contrast with Twitter’s policy, which includes a ban on all cryptocurrency-related advertising.

However, Dorsey has now said he “loves the idea” of microtips on Twitter improving the quality of content. Such a tipping service already exists, and was in fact the source of Lightning Torch.

His other project, Bitcoin-friendly payment network Square, will also become a full Bitcoin wallet in future, he added.

What do you think about Jack Dorsey’s Bitcoin advocacy? Let us know in the comments below!