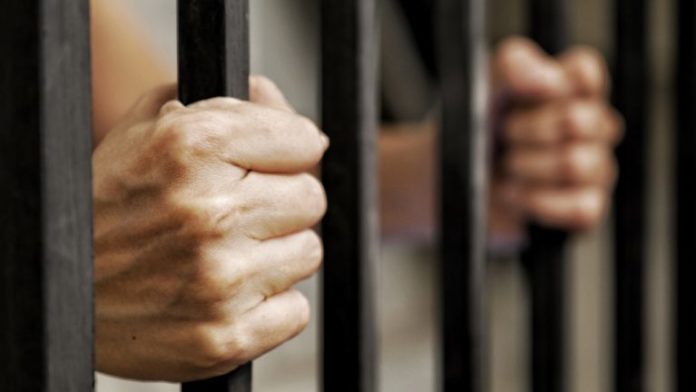 John McAfee has shared many details about his life in Spanish prison and chances of extradition to the U.S. He additionally claims to have regained control of his ghost cryptocurrency project.

Prison Life ‘Is an Adventure’

Former U.S. presidential candidate and antivirus software tycoon John McAfee is in Spanish prison awaiting his extradition trial after he was arrested in Spain.

McAfee has been tweeting regularly from prison. “You want to know what prison is like. It’s like a Motel 6 run by Hitler’s SS,” he tweeted, elaborating:

I am content in here. I have friends. The food is good. All is well. Know that if I hang myself, a la Epstein, it will be no fault of mine … Prison is an adventure to say the least.

“Spanish prisons are like the Hilton hotel compared to the abject surreality and dehumanization of American prisons,” he described in another tweet. “In Spanish prisons, you are treated as a human being instead of a number. I am treated well.” Admitting that he is “surrounded by murderers, muggers, and thieves,” the antivirus software tycoon maintained that it is “Not as bad as our government of course. But still.”

McAfee Denies Charges Against Him

The former presidential candidate insists that the U.S. government is after him for speaking the truth, particularly against the Securities and Exchange Commission (SEC) and the Internal Revenue Service (IRS). “I once publicly called the SEC a festering pustule on the face of America, and the IRS – a legalized criminal gang aspiring to be the equivalent of Hitler’s SS. These are the two agencies accusing me of hideous crimes. I can only assume that they took offense at my remarks.” Nonetheless, he affirmed: “I would not exchange my life in prison for a life of freedom in which I could not speak the truth.”

Regarding the $23 million dollar judgment against him, McAffee claimed: “It was a civil suit not a criminal issue. I never even responded to the suit. It was simply a default judgment.” He declared:

I am charged with tax fraud – which is lying on your tax return. I have filed no returns for many years and have made no secret of it. If I have said nothing how could I have lied. My real crime is speaking publicly about the insanity rampant within our system of government.

Responding to a question from the media about whether the U.S. justice system is just, he said: “If extradited, I face 35 years in prison for multiple counts of refusing to file tax returns. Had I chosen armed robbery, I would’ve received 5 years maximum. You tell me if it’s just.”

Furthermore, McAfee tweeted on Friday: “I’m in prison for refusing to file tax returns, while government bureaucrats use your taxes for private planes, lavish parties and all other benefits of their power.” Commenting on the upcoming U.S. presidential election, he said, “If you think this election, whatever its results, will change this system, you will be sadly disappointed.”

Although charged by the SEC for pumping tokens, McAfee is still pumping his ghost cryptocurrency. He confirmed from prison that Ghost is the only crypto project he is involved with at present. Recalling that he abandoned the project in August due to a fallout with the management, he clarified:

I have returned to controlling the Ghost development. My feud with management has ended. With the announcement that we will soon release a private stable coin, will mark a new era in transacting crypto business. Transaction fees will be shared amongst all Ghost holders.

“When our private stablecoin is released, it will revolutionize crypto transactions. I have capable managers and communicate frequently from prison,” he claimed. “My work with Ghost revolves entirely around our development of the world’s first private stablecoin. Version one will be a wrapped DAI. Later we will have a new stable, private blockchain. Holders of Ghost will share all transaction fee profits for the stablecoin.”

What’s Next for McAfee

The U.S. government wants him extradited from Spain, which McAfee says he is 100% certain will not happen because the Spanish “courts will see the clear resentment of the American government toward my public condemnations of their increasing corruption. They also understand how simple it is for a corrupt system to manufacture evidence that can prove anything against anyone who is a public enemy. They will decline my extradition,” he wrote. As such, he said he will not need a lawyer in the U.S., emphasizing that “There is zero chance that Spain will extradite me.”

McAfee revealed that when he is released, he will do “The same as before,” which is to “continue speaking against the cancer that has invaded every organ of the U.S. government bureaucracy.” He added that he is not sorry for what he has done. “I have followed my heart and stood up for my beliefs. I will never regret that,” he said.

On the subject of him allegedly being wanted for murder in Belize, McAfee insisted:

This is false. I was not charged with murder nor was I a suspect. The Belizean authorities will confirm this. I was a person of interest like all of the murdered man’s neighbors. I chose not to be questioned. I was already at war with the Belizean government.

McAfee posted his prison address on Friday after he said many people have asked for it. “Letters only. No packages. No money, drugs or weapons please. Everything is opened,” he warned. Finally, the cybersecurity tycoon said he would not reveal where he had been hiding: “I will not say. I may need to hide again someday.”

What do you think about John McAfee’s story? Let us know in the comments section below.

Ethereum has continued seeing lackluster price action while Bitcoin rallies past its critical short-term resistance The crypto is on the...