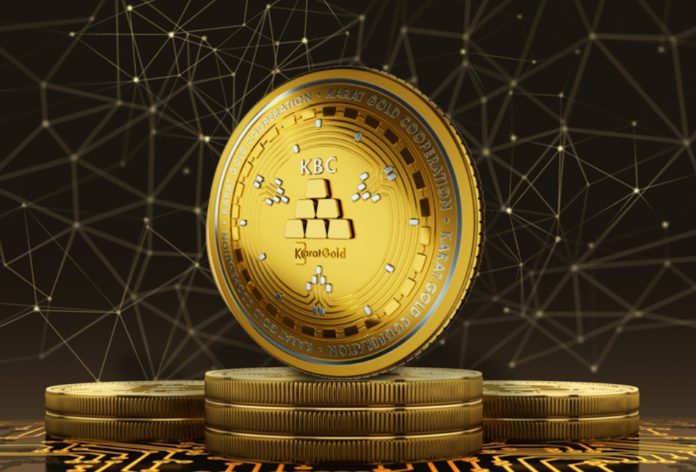 Of the various monikers that have been applied to Bitcoin, “digital gold” is among the most well known, if one of the most misleading. Like gold, Bitcoin’s value is based on supply and demand. There’s only so much gold in the world, and Bitcoin’s supply is just as finite. Both assets are added to the circulating supply. And though that has always been a questionable metaphor, it’s also where the similarities end.

Cryptocurrency, in many ways, needs a digital gold. Gold is known for its price stability, at least relative to many other assets. It’s also thought to be a place where value can always be found, no matter how many incarnations human society goes through. Bitcoin and the altcoins, meanwhile, are notoriously volatile in value.

This has led the industry to develop numerous “stablecoins”. Most famous among the bunch is Tether, in hot water today after the New York Attorney General sued Tether (and Bitfinex) over fraudulent activities and lost funds. Tether may tumble. But even if it doesn’t, the market is clearly looking for a real stablecoin among the bunch, something that has a true claim to inherent value.

Enter KaratGold Coin, introduced in February 2018 after a $100 million ICO, KaratGold Coin will be the only cryptocurrency which allows its holders to actually trade their digital coins for real gold. So how does it work?

Karatbars’ CEO, Harald Seiz, understands that physical gold, however conveniently packaged, is still notoriously difficult to spend in the modern world. And while you might be able to strike a barter with a flesh and blood seller, good luck trying to spend the stuff online.

This is where KaratGold Coin comes into the picture. Through the K-Merchant e-commerce application, users can buy and sell KaratGold Coin with Bitcoin, Ethereum, and various fiat currencies. They can spend their KaratGold Coin at any of the thousands of vendors already integrated with the app.

Furthermore, starting from July 4, 2019, investors can exchange 100 KBC tokens directly to 1g of pure gold, making it the first digital currency that is actually convertible to a truly valuable asset. This exchange possibility will be made possible as part of a global Karatbars International’s promotion campaign, the Gold Independence Days, so that users can easily receive real gold in the form of CashGold at Karatbars’ own ATMs. KBC is also useful paying for the innovative IMpulse K1 Phone, a blockchain smartphone that’s the result of this same wave of KaratGold innovation. Linked to the phone, Karatbars presents a clear utility of Karatgold Coin being that KBC serves as a credit for phone calls. Gold might seem like the farthest thing away from cryptocurrency. Archaic and tangible, the people who own gold tend not to own cryptocurrency, and vice versa. KaratGold Coin may change this, offering a classic asset in a new digital package that offers real value to today’s crypto marketplace. Whether you’re looking for an alternative to Tether, trying to invest in gold in a convenient way, or simply wishing to have a versatile new asset type in the crypto markets, KaratGold Coin may soon find its way into your portfolio.