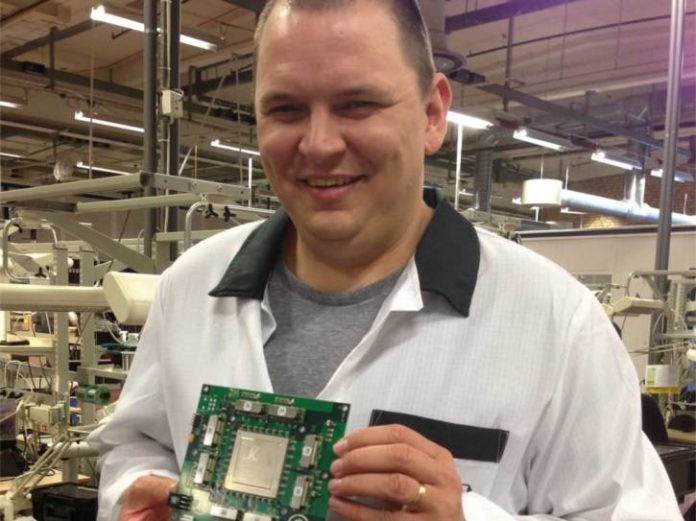 Sam Cole explained to the CoinDesk that the work process was quite hard over the last few months, nevertheless the KnCMiner team has enjoyed proving to the community that it is possible to produce rigs in a short timeframe and encouraged them to push all existing and new hardware companies to deliver on their promises.

“Now the company is focusing on producing as many boxes through its production facility as possible” said Cole. He also added that in order to prevail on top of the orders and have the boxes ship as soon as possible, we have 22 stations of assembly experts. Meanwhile KnCMiner engineers have been working through the night to tune the power consumption.

This year in August KnCMiner launched a competition, where the main task was to find a slogan for its controller board. And recently the winning phrase “The whole world, only one block apart” has been revealed, suggested by BitcoinTalk.org forum member D.Wolk. Mr. Cole thanked D.Wolk and also everyone who has offered encouragement to KnCMiner. In conclusion Sam Cole announced that he is looking forward to uncover the plans for the company’s Gen 1.5 and Gen two devices in the coming months.

Selling insecure devices can get you in trouble with regulators. According to my colleague Tim Lee, this is the first...