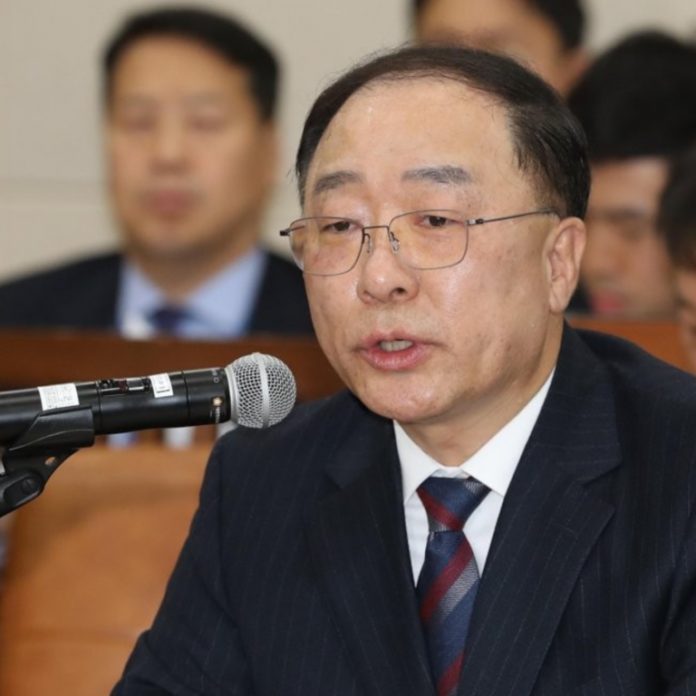 President Moon Jae-in nominated Hong last month to replace Kim Dong-yeon as the country’s finance minister. He has been serving as the chief of the government policy coordination office, under the prime minister’s office. “Hong must go through a parliamentary confirmation hearing, though his nomination is not subject to approval by lawmakers,” Yonhap News Agency explained. “In South Korea, Prime Minister is the only cabinet post that requires a vote by legislators.”

On Sunday, Hong submitted written answers to questions asked by an opposition lawmaker about his tax policies to the National Assembly. They were for his confirmation hearing which took place on Tuesday, the publication noted.

“The taxation plan would be finalized in accordance with the creation and progress of the taxation infrastructure and the trend on international discussions,” Hong was quoted by The Korea Times as saying. He added:

A task force consisting of experts from relevant government agencies including the National Tax Service and the private sector will be formed to examine overseas examples and hammer out the taxation plan. The South Korean incoming finance minister wrote that “Cryptocurrencies are a new phenomenon and so there is no internationally agreed regulatory framework.” He then acknowledged that “there are such lingering problems like the market overheating and investor protection. Therefore, we need to be careful in building the regulatory framework.”

Regarding ICOs, he reiterated that they are currently banned domestically. Nonetheless, he noted that the government would carefully consider them “after watching market conditions, international trends and investor protection issues,” elaborating:

We will determine our policy orientations on ICOs with relevant agencies after reviewing the results of the financial regulator’s market survey and getting feedback from experts.

Furthermore, Hong justified the government’s decision to exclude crypto exchanges from the category of startup businesses, thereby eliminating the tax benefits they currently enjoy. He believes that “the exclusion reflected the criticism that crypto exchanges were vulnerable to illegal acts and were merely a brokerage service separate from blockchain technology,” The Korea Times conveyed.

What do you think of South Korea’s crypto taxation plans? Let us know in the comments section below.