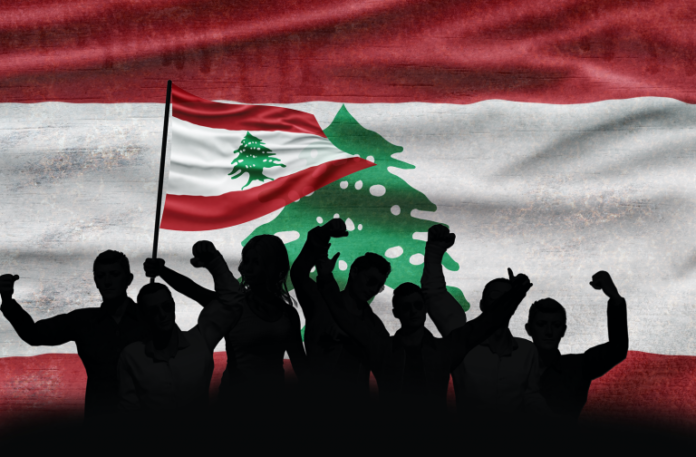 Mass unrest in Lebanon due to allegations of political corruption and heavy handed capital controls has carried over into the new year, with reports pointing to a notable uptick in bitcoin trading from the embattled nation. As residents seek to preserve as much value as they can while government falters, some traders are calling for a separation of money and state, thinking it is high time to put financial power back into the hands of the people.

There’s been no end to Lebanon’s troubles since last fall, when banks locked their doors to the public in fear of running out of cash to supply panicked and angry customers. Withdrawal limits were imposed and demonstrators in the country have been protesting what they view as deep-seated political corruption and mismanagement of the country’s wealth. Tax hikes, austerity measures, and accusations of high-level embezzlement fuel the fire of unrest which continues today.

As news.Bitcoin.com reported in January, banks began to close yet again, with the Lebanon Association of Banks reportedly calling for the closures in light of public anger and threats to bank employee safety. There was also one documented occurrence of a 10-hour standoff between an angry customer and a bank office in Halba. A new report from regional outlet Al Jazeera details that some in the country are turning to bitcoin to stave off the dire financial straits imposed by the state. According to the report, there is currently a cap of $50 – $100 a month on foreign currency withdrawals, and international transfers for what the state deems “necessary matters,” are limited to $50,000 a year.

This presents a big problem for the Lebanese people, who are forced to withdraw their funds in limited amounts at an official rate which doesn’t match the parallel market. Lebanese must accept their cash at about a 40% loss thanks to the centrally mandated rates.

A Lebanese engineer named Maher described his plight to the outlet, saving up money working out of country and depositing it into Lebanese banks, only to see the value crushed by economic crisis. He and others are now moving into bitcoin to get around the impositions. One trader, Mahmoud Dgheim, states:

Right now, Lebanese are interested in escaping tight restrictions on cash withdrawals and transfers … If you want to go around the banking system, bitcoin is a solution.

A Beirut-based trader emphasized, “Before the uprising, bitcoin gave me supplementary income, but now, it’s definitely become the primary.”

Bitcoin is definitely selling at a significant premium in the country, at least according to offers listed on Localbitcoins.com. The average price of the buy listings at time of writing is roughly 19,863,466 Lebanese pounds per BTC, or about $13,165, with the market price on most tickers currently reading just over $8,600 for one coin.

According to Al Jazeera’s report, messaging services like Whatsapp are popular means for connecting buyers and sellers, so that OTC (over-the-counter) transactions can take place. The outlet details that even businesses are leveraging OTC trade to pay their employees with bitcoin. Another method sellers in the country leverage is the acceptance of verified banker’s cheques. Whatever the means, the fact that traders are taking a risk on volatile Lebanese banks and the embattled local currency to facilitate movement of BTC is strong testament to the newly invigorated market.

Don’t want to blow it out of proportion, a lot of Lebanese cannot move to Bitcoin due to banks/OPEC sanctions.

But now, Bitcoin in Leb is starting to look like a real thing. https://t.co/PUurv3YF2y

Trader @CryptoLira, who reportedly manages sizable accounts in the Middle East, also contributed to the piece, noting that “They just want to get their money out of Lebanon – we’re talking really large sums,” and that these accounts are doing so at a loss. Most emphatically the trader proclaimed:

Lebanese traders can also leverage the peer-to-peer trading platform local.Bitcoin.com, where the marketplace and encrypted chat allows for private exchange of physical goods and multiple fiat currencies for bitcoin cash with no KYC policy. Whatever the means chosen by Lebanese seeking to preserve their hard-earned value, the volatile climate in the country is just one more testimony to the necessity of peaceful, permissionless, peer-to-peer electronic cash.

What do you think about the situation in Lebanon? Will bitcoin become more and more popular as the banking crisis unfolds? Let us know what you think in the comments section below.

The post Lebanon Fights for Separation of Money and State as Residents Use Bitcoin to Evade Capital Controls appeared first on Bitcoin News.

There has been no direct connection between the Coronavirus outbreak and crypto market correction but the signs are there. The...