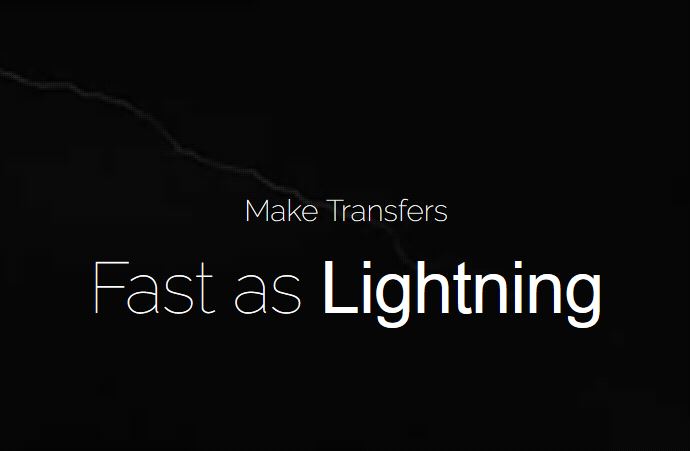 Bitcoin is a cryptocurrency that has already widely accepted by most industries, and some are already transacting in Bitcoin due to its safe network. However, one of the most significant challenges that Bitcoin facing today is the slow transaction speed and the high transaction costy. Most people attribute this challenge to the millions of transactions that the network undertakes in a day.

What is Lightning Bitcoin?

Lightning Bitcoin (LBTC) is a forked coin that was developed to solve Bitcoin’s slow transaction speed problem. Lightning Bitcoin is aimed at improving the speed of transactions while still promoting decentralization. The project was found online at Lightningbitcoin.io, and it promises to make cryptocurrencies transfer fast as lightning. The coin has adapted Delegated Proof of Stake (DPoS) consensus mechanism which distinguishes it entirely from Bitcoin (BTC) or Bitcoin Cash (BCH), which both of them operate on Proof of Work (PoW).

LBTC as it is fondly called was hailed as one of the most effective solutions to cryptocurrency payments. Further explaining LBTC, it runs as a fully decentralized Internet-of-Value (IOV) protocol for payments globally. The LBTC protocol allow users to enjoy instant, secure andnearly-free transactions of any size no matter where they are in the world. For the secure transfer of funds,the LBTC team has provided two wallets for its users:

What is Delegate Proof of Stake (DPoS)?

Delegated Proof of Stake (DPoS) is a consensus mechanism that used by Lightning Bitcoin to give voting rights to coin holders and avoid acentralization. According to the official Lightning Bitcoin website, the DPoS consensus will significantly reduce the number of participating verification nodes and help LBTC reach consensus in seconds and boost the transaction speed to be fast as lightning.The advantages of DPoS include the following:

Building the protocol  with the aim of creating an alternative payment solution, The LBTC on-chain governance system provides its holders the authority to vote for the blockchain improvement proposals and delegates who maintain the network as Lightning Nodes.

Due to their secure and efficientnetwork, payments in LBTC get confirmed within seconds. This definitely beats the record of other major cryptocurrencies. Unlike other networks, LBTC has a 3-second block interval compared to the 10 minutes average block time of Bitcoin networks.  LBTC network is secure becausenit’s infrastructure is built on the backbone of Bitcoin which has a nine-year track record of network stability.

Lightning Bitcoin is promised able to claim it at a ratio of 1 forgingst.

The on-chain governance system incorporates all LBTC  holders in the decision-making process. The system allows the LBTC holders to vote for committee members who are responsible for issuing development proposals, which all LBTC holders could vote for. In addition, DPoS offers LBTC holders  the privilege to choose 101 lightning nodes to validate their transactions as a result of promoting decentralization.

Even though lots of blockchain project claim to be better than Bitcoin, LBTC might offer real solutions that can tackle Bitcoin’s network congestion and mining centralization problems.