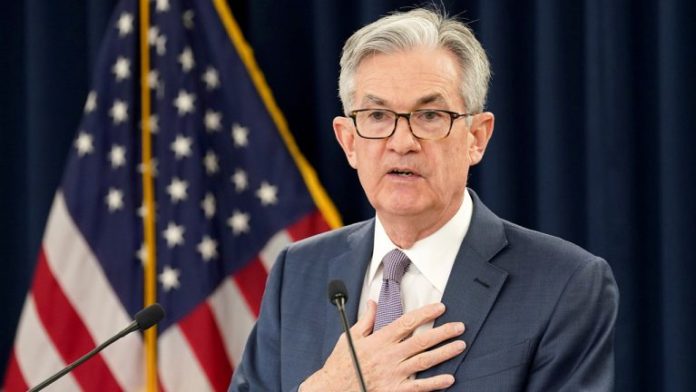 Since the start of the coronavirus outbreak, the U.S. Federal Reserve has created trillions of dollars in order to keep the central bank’s private partners’ liquidity strong during the economic downturn. These moves have caused a number of sound money advocates and economists to explain that the Fed’s monetary policies will lead to hyperinflation in the U.S. Now that the petro-dollar is on its last leg, market analysts are concerned about other countries that depend on the USD. Just recently the U.S. central bank has opened 14 swap lines in order to send billions of dollars to countries who need them.

The U.S. economy is facing some issues that stem from the choices the government used during the Covid-19 outbreak. Rather than follow the footsteps of Sweden and Thailand, U.S. lawmakers decided to shut down the nation’s industries, and to-date, the unemployment levels in America is around 26.5 million citizens. Essentially the U.S. bureaucracy’s rash lockdown orders wiped the 22.7 million jobs created during the last decade. Meanwhile, the American people have been upset that the Fed has given its private partners trillions in liquidity and printed a measly $1,200 check for every citizen.

The CARES act was loaded with Wall Street bailouts, pork funds, and the act even incentivized hospitals that were already broke to fudge Covid-19 numbers. This week, global oil prices dropped below zero to a low of negative $40 per barrel, which compromised the U.S. dollar even though it hasn’t been seen in fiat currency (FX) trading charts. The destruction of the USD has a number of economists worried that it will tank the U.S. economy, but there are a number of countries that could also feel the brunt of a USD collapse as well.

National Public Radio (NPR) disclosed on April 21, that the Federal Reserve was sending billions in USD to nations in need. According to the report, the U.S. central bank opened 14 swap lines, which are emergency payment processors for international institutions that are desperate for dollars. The funds are being sent to the country’s central bank on a continuous basis and the Fed is sending funds to countries like Norway, Mexico, Japan, and Australia. In addition to the dollar swap lines, the Fed now allows 170 central banks to purchase and hold U.S. Treasury bonds and they can trade them for dollars as well. News.Bitcoin.com reported on how the dollar could collapse from the world’s oil wars, but many people don’t realize that most international trade is still conducted in dollars. Despite the fact that the USD is only protected by military force now, a large number of countries very much depend on the American dollar for international swaps, so they can obtain a myriad of global commodities. Many people have asked why the dollar is so strong today, since barrels of oil dropped below zero sending shockwaves to the petro-dollar system. The reason for the strong dollar is due to all the quantitative easing (QE) the Fed did during the last few weeks and most of the funds it distributed in 2009 and the following years after. After the 2008 economic catastrophe, the Fed printed roughly $3.5 trillion dollars and fed excess Treasury bonds and dollars to a number of international central banks. An economist at UC Berkeley, Barry Eichengreen calls the Fed’s recent swap line scheme an act of “responsibility.” What’s interesting is the fact that Satoshi Nakamoto’s Bitcoin came out in 2009 at the exact same time the world’s central banks were getting hooked on dollars like alleyway junkies. 11 years ago, Nakamoto wrote about central banks like the Fed creating massive ‘busts and booms’ to the global economy, and the U.S. central bank is one of the biggest manipulators.

“The root problem with conventional currency is all the trust that’s required to make it work,” Nakamoto said. “The central bank must be trusted not to debase the currency, but the history of fiat currencies is full of breaches of that trust. Banks must be trusted to hold our money and transfer it electronically, but they lend it out in waves of credit bubbles with barely a fraction in reserve,” the cryptocurrency inventor added. While a majority of stocks and commodities have fallen in value since March 12, bitcoin and the entire crypto-economy today is only $5 billion shy of a quarter of a trillion dollars. The precious metal gold, which has been considered a safe-haven for a millennia, has also done extraordinarily well during the economic downturn.

With the Fed creating trillions of dollars out of thin air and sending billions to a number of countries who need USD support, clearly shows the U.S. monetary system is not as reliable as it once was. It’s frightening for the American citizenry, but millions of other international citizens will feel the pain if the U.S. economy continues to sink. What’s worse is that the former Vice Chairman of the Federal Reserve, Alan Blinder has admitted that these swap line funds are not going to poor countries that really need help. “It would be very hard politically for the Fed to sell the idea that they should establish swap lines with a whole bunch of poor countries,” Blinder said.

What do you think about the Fed’s USD support system feeding other countries? Let us know in the comments below.

The post Liquidity Crisis: The Fed Is Sending Billions of Emergency Dollars to USD-Dependent Nations appeared first on Bitcoin News.