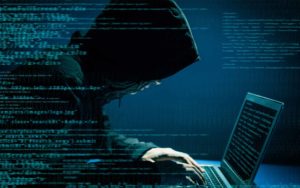 Reports are emerging that Litecoin wallets have been hit by a new kind of cyber-attack called dusting. It has not affected LTC markets but is something that crypto traders and holders should be aware of. Binance Academy offered an explanation.

There has been a flurry of activity over the past couple of hours on crypto twitter as reports are emerging of a new cyber-attack which has targeted Litecoin users. Binance Academy tweeted an alert leading to a detailed explanation earlier.

“Approximately 5 hours ago there was a large-scale dusting attack on @Litecoin users.”

Approximately 5 hours ago there was a large-scale dusting attack on $LTC @Litecoin users.

One of many transactions: https://t.co/zgk9gPRNcU

Here’s what you need to know and how to protect yourself:https://t.co/KNVoQLwBUb

In short, a dusting attack is when scammers attempt to break the privacy of a cryptocurrency, Litecoin in this case, by sending tiny amounts of it to private wallets. The attackers then attempt to trace the transactional activity of these wallets in an attempt to discover the identity of the person that owns them.

The term ‘dust’ refers to the tiny fractions of crypto coins that most users ignore. A couple of hundred satoshis may be referred to as ‘dust’ as the sum is so tiny that most people would not even notice it. It is also prevalent on crypto exchanges as the remnants of transactions that remain in wallets and can no longer be user or transferred.

In the cases of BTC and LTC, dust is defined as any transaction output that is lower than the fees for that transaction. A dust limit can then be calculated according to the size of inputs and outputs, usually a few hundred satoshis for bitcoin. Transactions equal to or smaller than the dust limit are rejected by validating nodes as spam.

By sending a little dust to multiple crypto wallets, scammers can monitor the transactions in an attempt to reveal any links between them. The ultimate goal is to identify the companies or owners of these wallets and execute further scams such as phishing attacks.

Bitcoin has usually been the dusters target of choice but today they seem to have besieged Litecoin users. Some wallet providers offer safeguards such as ‘do not spend’ options on fractions of crypto coins. If the dust is not moved, the attack is thwarted.

LTC prices and markets are not affected by this type of attack. It does not target the network in any way and relies largely on social engineering to be successful. At the time of writing Litecoin was trading down on the day and the week at around $85.

Have you ever heard of dusting attacks before? Add your comments below

The post Litecoin Wallets Hit By Large-Scale Dusting Attack, So What Is It? appeared first on Bitcoinist.com.