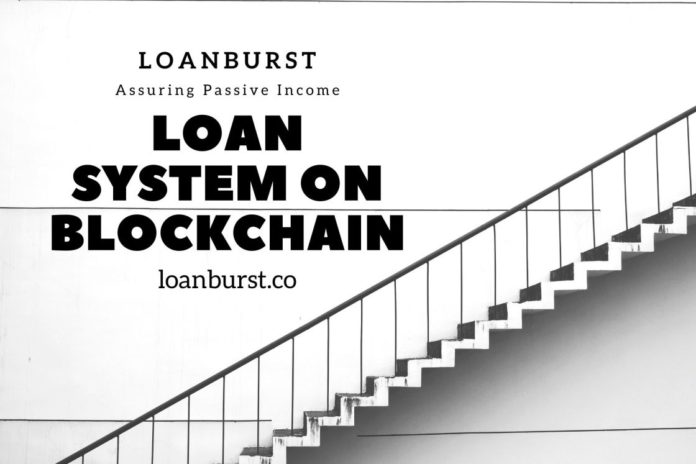 The lending and borrowing of money via a cryptocurrency and that too running on the blockchain seem a bit odd. But, LoanBurst has executed everything with perfection. A typical loan market is marred by the vices of manipulation and sudden shifts in the market sentiment. Manipulation puts the borrowers at the mercy of the system operators.

LoanBurst aims to solve these issues with subtlety and precision. LoanBurst allows the lenders to reserve some amount of their coins (LBurst) on the network and earn a reward in the form of interest from the capped amount.

Since the lenders are operating as a single entity and lending their money to the network by creating a smart contract, they are not in touch with the borrower plus they cannot decide the reward mechanism. Secondly, the entire source of LoanBurst is available on Github, which means that the system is transparent.

With Loanburst, the lenders can get assured passive income with every transaction perpetrated on the capped amount. Every loan that is provided to the network is distributed via smart contracts. Plus, the transactions on these contracts invites a reward for the lender. So, the lender earns passive income by giving LBurst as a loan.

A Deflationary Loan System on Ethereum

LoanBurst runs on the Ethereum blockchain working on the model of the deflationary loan system. There is a reason why the entire system obtains a deflationary nature. Every transaction that is made on the entire network of the parent system invites a 10% charge or transaction fee. Out of this 10% fee, 8% is given to the lenders as a reward or interest against their locked amount.

The remaining 2% is burned. This means 2% of the transaction fee is just taken out of the circulation. LoanBurst works with DAPP, and it is here that all the user data is accessible, from the number of coins loaned to transactions, rewards accrued, among other crucial information.

The deflationary concept can be confusing and convoluted for the users. It is true that LoanBurst is a one-of-a-kind system that reduces the ultimate supply of the tokens to ensure that the lenders get a sustainable income in return from lending the tokens. This way, the parent coin is able to keep alongside with its higher value without prompting the lenders to lose their interest from the loaned amount.

As the entire system is based on Ethereum blockchain and the loans are transacted via smart contracts, they obtain the highest level of security and safeguarding from Ethereum’s blockchain.

As of now, LoanBurst is under the presale period, which will continue until 75% of the total available tokens supply finishes. Another important aspect of LoanBurst is its functioning on the DAPP. Due to its better accessibility and ease of trading, all sorts of traders, investors, and everyday buyers can benefit from this passive income model. The users only have to buy it once within the Presale accepted trading partners to get LBurst.

All they have to do is list the tokens for lending via the Loan Dashboard or DAPP at least for 30 days. Within the lock-in period, every transaction conducted on the platform will invite a reward for the users that have lent the tokens.

The lenders can also cut a loan short. However, in this case, a 20% penalty is charged to the lender that will also be distributed to other lenders. So, all the lenders will get an extra income over the existing 8%, but one.

The LoanBurst is a dedicated station for the users to know the current statistics about their loans. This includes the active loan, the dividend received on the staked loan, and the total amount of tokens on the contract.

LoanBurst Bot is an interface that will help the users understand the market position of LBurst and identify the position of the token vis a vis other altcoins.

A whitelist column present on the dashboard allows the users to monitor or check the personal statistics on the bot. Information like the total number of tokens available to buy, token price, 24 hours performance, and the market cap is also available on the bot.

The user interface of the parent application, even if being used on the web browser via Meta Mask or from the mobile’s web browser, is easy to use. The main page shows information concerning the total supply and loaned tokens along with the option to cut the loan short before the lock-in period ends.

Post the presale, LBurst will be available for buying and trading on several exchanges. At present, the users can buy and trade LBurst on UniSwap, Etherscan (for tracking LoanBurst Token supply), CoinGecko, Bilaxy, and CoinMarketCap.

LoanBurst is a sensational product offering an easy solution to the lenders while sustaining the penultimate market cap of the token. By reducing the token supply with every transaction, the entire system will be able to maintain the core value it had on the day of the launch.

However, to further support the price valuation and keep it from swaying on both the extremes, 100 ETH liquidity will be locked in by the team. And this pool of ETH will come from the 25% of the token supply that is left after presale.

All in all, LoanBurst is a neatly planned token listing that will prove to be a credible passive income source for the lenders. The best part is that anyone can be a lender as long as they have a predetermined amount of tokens on their wallet to start lending. It’s simple, efficient, and a productive fusion of cryptocurrency, blockchain, and the age-old interest income generation.