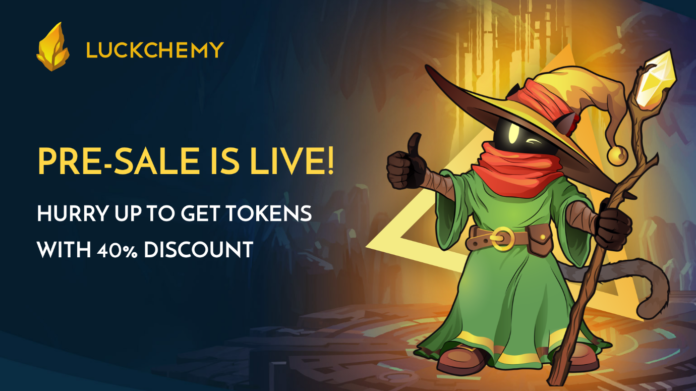 The pre-sale of blockchain project Luckchemy tokens began on April 30. This is the second stage of the fund raising campaign. For the first few days of the private sale team managed to collect the major part of the planned amount. One of the reasons for this success was a ready-made MVP with one game — the 6 out of 47 lottery. Despite the fact that this is just a prototype, the lottery gained popularity among players.

But tokens can be obtained not just by buying them. On the platform you can already play the next game, scratch cards, which Luckchemy as promised launched at the end of April. The new game is an additional opportunity to get real tokens. For each winning virtual token in scratchers, you’ll get a LUK-token after ICO end. Then you can either use it to play on the platform or exchange for ETH.

Each of us in one form or another has dealt with cards where you need to scratch out the protective coating to find out the result. In most cases, we, of course, did not win anything, and began wondering if there were any winning cards and everything was set up by the creators. The game from Luckchemy, in fact, is a digitized counterpart of real scratch cards. The difference is that in case of Luckchemy scratch cards, the player can be sure that the result is truly random. This is the way it works: both the server and the client generate random consecutive digits (seeds). 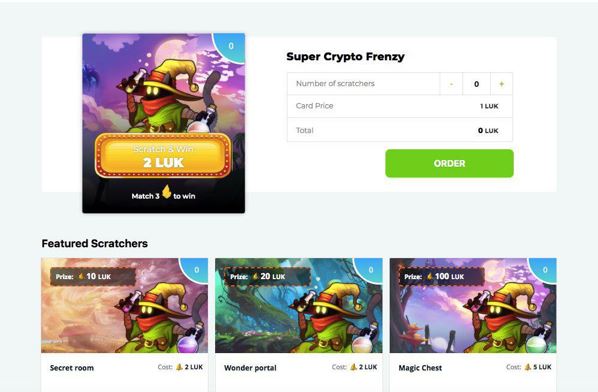 Then the same cryptographic function is applied to these numbers (hashes), and the result is compared. If it matches, the player wins. Neither the player nor the server knows the original seed of the other, so it’s impossible to forge one’s own. Immediately after the game is certified, the server hash is recorded in blockchain and placed in public domain so anyone can check the result.

According to the road map, the team will soon release a third type of game — slots, which are popular among players. There will be many slots. They will be different, but they will all be united by the same principle of results provability.

So, now pre-sale is in its midst. Luckchemy offers a 40% token discount for this stage. At the next stage, the discount will be reduced by half. The number of promotional tokens is limited, so if you want to invest in LUK, it’s time to do it right now.