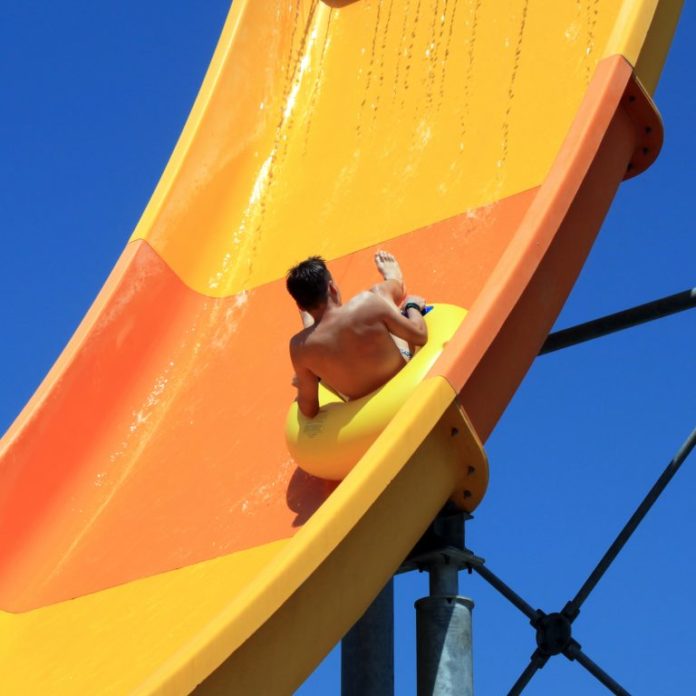 Cryptocurrencies are dropping in value once again on Wednesday, August 8 as most of the top digital assets are down between 9 to 18 percent over the last 24 hours. Prices started dropping yesterday after the U.S. Securities and Exchange Commission (SEC) extended the Cboe exchange-traded fund decision. Immediately after the announcement, bitcoin core (BTC) values shaved off $400 in an hour and the currency has lost another $300 in spot value today.

Digital currency values are hurting today as the entire cryptocurrency market capitalization has dropped since our last markets update from $250B to $231B on August 8. Despite the drop in value, trade volumes for all 1600+ coins has increased to $15B over the last day. A few days ago, cryptocurrencies saw the first dip before the SEC announcement, which took place after the Intercontinental Exchange (ICE) deal was revealed. However, after the quick dip, BTC/USD prices moved back up to the $7,140 region for a short period of time. The next two significant drops in value occurred after the SEC revealed delaying the ETF decision leading to today’s BTC/USD low of $6,391 per coin.

Bitcoin core (BTC) prices at the moment are around $6481 per BTC and the cryptocurrency’s market valuation today is $111B. Daily trade volume is decent but nothing spectacular at $5B USD in BTC traded over the last 24 hours. According to Satoshi Pulse statistics, the exchanges swapping the most bitcoin core this Wednesday include Bitflyer FX, Binance, Bitfinex, Okex, and Coinbene. The top currency traded with BTC currently is tether (USDT) which captures 54.2 percent of trades. This is followed by USD (24%), JPY (11.3%), EUR (3.9%), and KRW (2.6%). BTC is seeing a daily loss of around 8 percent today but the coin’s market dominance among all 1600+ currencies is 49 percent.

Looking at the 4-hour BTC/USD chart on Bitstamp and Coinbase shows bears have a tight grip over markets right now. The chart’s two moving averages (MA) has the 100MA above the longer-term 200MA trendline which means things will likely stay bearish for the short term. However, RSI levels (24.5) show extremely oversold conditions and there could be a small uptick if prices sink lower. Order books show heavy resistance from the current vantage point up until $6750 if bulls can manage to climb that high. On the backside, foundational support is bountiful and moving back is going to take some time. If negative prices continue, there will be longer pitstops between $6,300 and $5,900 as there is solid support in this region.

values have also dipped considerably since our last markets update as one BCH is trading for $604 at press time. This Wednesday, BCH has an overall market capitalization of around $10.5B and 24-hour trade volume is about $443M. The top five bitcoin cash trading platforms on August 8 include Coinex, Huobi, Okex, Binance, and Hitbtc. BCH is seeing a daily loss of around 14.2 percent and is the fourth highest market valuation among every coin in existence. The top currency swapped for BCH today is tether (USDT) with 54 percent of today’s BCH trades. Tether is followed by BTC (26%), USD (10.9%), QC (2.2%), and ETH (2.1%).

The 4-hour BCH charts on Bitfinex and Bitstamp indicate that BCH markets have seen better days. Now the 100MA and 200MA gap is much smaller on the BCH/USD 4-hour chart and it looks like the two may cross hairs soon. If they do cross hairs, this means the path towards the least resistance would be the upside but for now, it remains on the downside. RSI levels also show oversold conditions as the oscillator hovers around 21.4 at press time. Looking ahead at order books, BCH bulls need to surpass mega-resistance from now until $640 and after that, it may be easier to move northbound. If bears get their way, the fall to sub-$600 regions will hold decently between $590 through $530 for some time.

The Verdict: Skepticism Increases as Prices Draw Closer to the Perceived Bottoms

Of course, now there are a bunch of traders calling for lower prices and most cryptocurrencies are nearing close to the bottoms they touched a few times already. For instance, BTC/USD spot prices have dipped three times to the $5,600-5,800 region but have not dropped lower than that yet.

Today’s verdict adds increased skepticism towards bullish prices in the short term, and most traders assume things will trade sideways for a while and values may slide a touch further. Questions still remain: Will crypto-prices stay above the last few bottoms or will they sink lower this time around?

Where do you see the price of BTC, BCH and other coins headed from here? Let us know in the comment section below.