2017 saw the rise of many fortunes following the abrupt growth of cryptocurrencies and their wide scale adoption. Now in 2018, the world has a better understanding of these instruments as well as the industry leaders behind them. Forbes compiled a list of the 19 richest individuals in the crypto space, showcasing a new generation of wealthy players.

Cryptocurrencies such as Bitcoin and many other altcoins reached their apex during the latter stages of 2017. Since then, many have retraced off of record highs, though this has done little to diminish the massive amount of wealth in such instruments. In parallel, brokers have adopted cryptocurrency offerings en masse, ranging from Bitcoin CFDs to fully tradable cryptos.

The industry also received a massive boost with the exposure of Bitcoin futures in December on both CME Group and CBOE. This endorsement helped propel Bitcoin to nearly $20,000. The full list of the 19 wealthiest individuals in the crypto space are as follows: 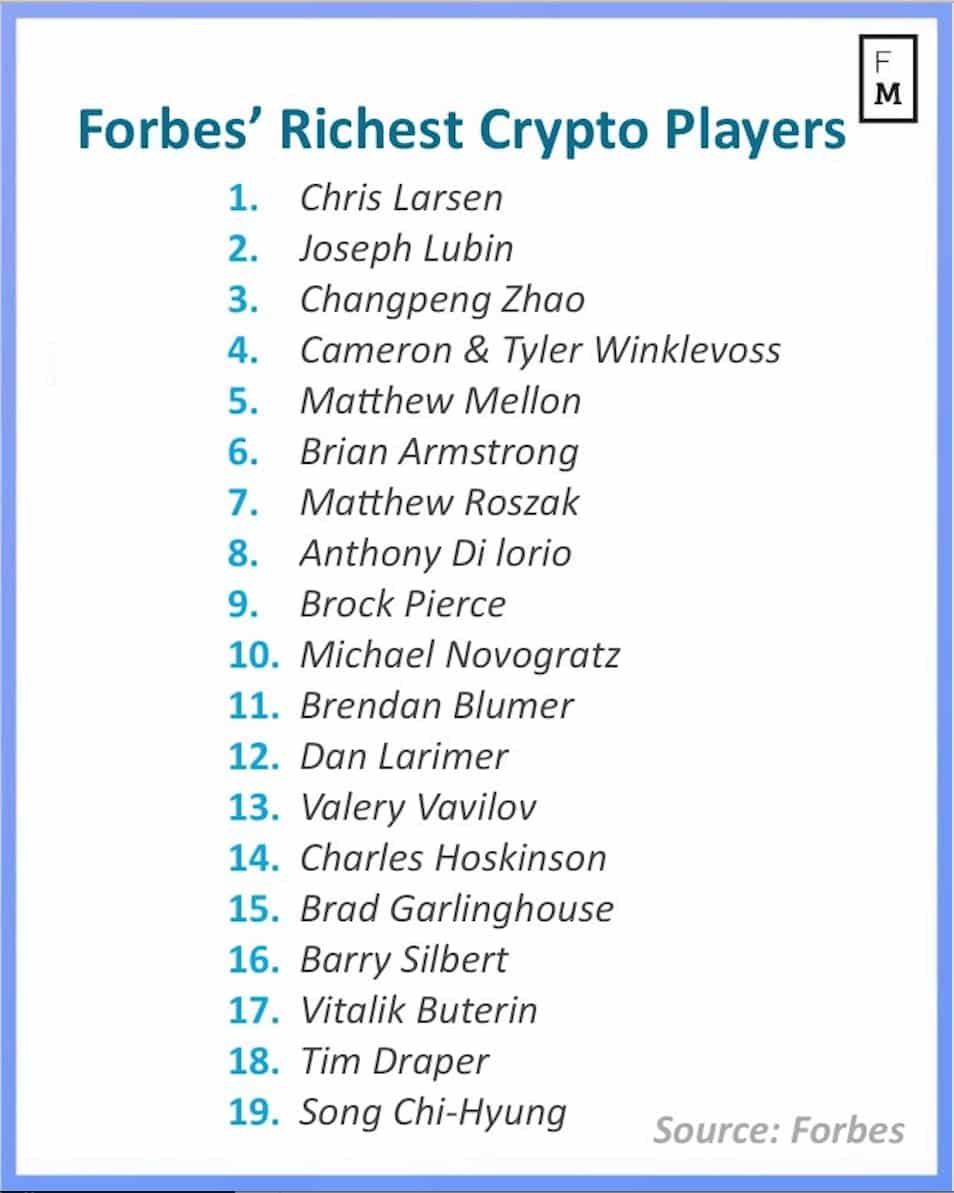 A few names stand out, namely the lead spot with Chris Larsen’s fortunes (estimated at $7.5-$8 billion) swelling after Ripple’s sizable growth. Looking across some other names, Tyler and Cameron Winklevoss’ early gamble and bets on Bitcoin continue to be rewarded, leading to their spots as the richest in the crypto space.

Moreover, Vitalik Buterin co-founding Ethereum has also been one of the most successful endeavors in the history of the industry, not surprisingly landing him on a short list of individuals.