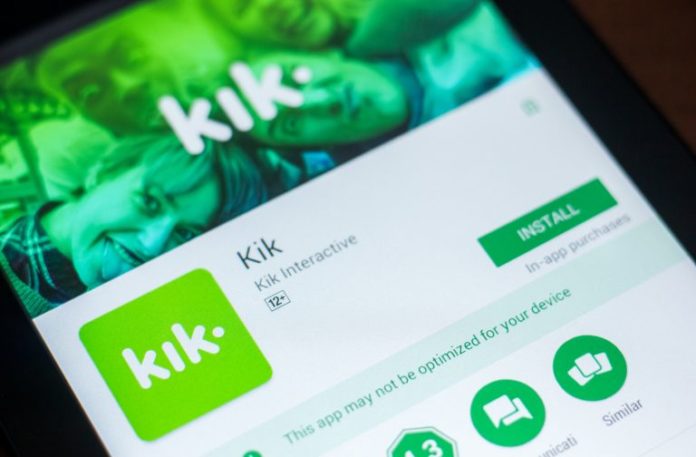 Popular messaging app Kik is shutting down due to a Securities and Exchange Commission lawsuit regarding ICO activity for the company’s cryptocurrency, kin. Ted Livingston, Founder and CEO of Kik and Kin, denies the allegations and maintains that the SEC’s case is based on mischaracterizations, but that shutdown for Kik is necessary to focus on defending the crypto branch of the company. Whatever the reality, new attention is being directed at ICO scams in general, which have a storied history.

Scammers: Ruining a Good Thing for Everyone

ICO regulation is a hot topic in the crypto space these days, as the past two years have seen changes in the legal landscape governing such activities globally. In June, an amendment to crypto-friendly Japan’s Financial Instruments and Exchange Act (FIEA) dictated that ICOs must be registered and strictly licensed as securities offerings. Across the pond, the U.S. Securities and Exchange Commission has been equally unforgiving when it comes to ICOs, stifling the moon Lambo dreams of many a con, but also potentially killing legitimate projects, as may be the case with Kik’s messaging app. Typically ICO scams involve big promises of easy money to be made via investment, future products to be delivered, or both. While Kik’s fate is now sealed, Kin’s is not, and many past efforts at bona fide scamming, lawsuits, and regulatory abuse bubble back to the surface of crypto’s less-than-glamorous memory of ICOs past.

Arguably the most infamous ICO and crypto scam to date, Bitconnect showered enthusiasts and get-rich-quick believers with big promises, endless hype, and even super cars. The bogus, supposedly interest-generating lending platform turned out to be a Ponzi scheme, and was issued a cease and desist order from the Texas State Securities Board on January 3, 2018. As the fate of the operation was sealed further, outstanding loans were released to customers, but in the form of the soon to be near-worthless bitconnect coin (BCC), completing the exit scam cycle, and leaving previously wide-eyed believers jaded and initiated into the world of crypto cons. Amazingly, even after costing investors $1.5 billion, the nebulous organization continued to scam the gullible with a supposed new coin and ICO via an initiative known as “Bitconnect X.”

The story of another now infamous crypto swindle, onecoin (ONE), reads similar, but almost with a touch of Hollywood screenplay thrown in for good measure. A brother and sister duo plot to create a shitcoin and make a killing, scamming victims out of $4 billion while still somehow evading major punishment from the justice system. Of course, flashy cars and media-sensationalized events were prominent here as well. Though Onecoin fancied itself as “the Bitcoin killer,” it’s now nothing more than a sour taste left in the mouths of those who once shouted its praises.

Paycoin (XPY) was another con involving a Ponzi setup, and perhaps most notable for being one of the earliest ICO-type scams. Mastermind Josh Garza guaranteed a $20 floor on his supposed stablecoin, and shifted funds between various company fronts while guaranteeing mining dividends to customers, and a reserve of capital to back his currency. All the pics of flashy cars and lofty promises couldn’t protect him from prison time, though, and from being on the hook for over $9 million in restitution to investors. A press statement from the Connecticut U.S. Attorney’s Office stated: “GARZA’s companies sold the customers the right to more virtual currency than the companies’ computing power could generate.”

All ready for #consensus2018 pic.twitter.com/uIoI4jHAkP

Even Respected Crypto Vets Get Sucked In

Questionable initiatives have even included much respected Bitcoin developers from the early days of the pioneering digital asset. Jeff Garzik, co-founder and CEO of Bloq, and recently subpeonaed party to the Kleiman vs. Wright lawsuit, also experienced a fall from the graces of the bitcoin community at large for backing half-baked projects. United Bitcoin was one of those, a December 2017 fork of the Bitcoin Core blockchain that set out to do some pretty unorthodox things, including KYC-intensive airdrops and the “reclamation” of old BTC whale addresses.

Security and user privacy issues aside, the fiasco also featured elements typical to ICO scams of lesser repute: failed predecessors (Segwit2x), sports cars, and big promises. Many bitcoin OGs were understandably surprised at the news, with Electron Cash wallet developer Jonald Fyookball commenting on Reddit “Haven’t seen Jeff disavow this. I assume he’s involved. If he is, kinda sad as the pegged auditable asset is a gimmick and no better than tether.” With a respected name like Garzik’s being leveraged, many called foul, asserting that much financial support had been garnered on the basis of a name alone. At press time the United Bitcoin project is basically dead in the water. A Scammer’s Next of KIN?

It’s not hard to believe that the SEC would fabricate stories to keep regulatory dominance securely in hand, and Kik CEO Ted Livingston’s September 24 letter to the public does evoke sympathy from some. For those all too familiar with governments’ draconian tactics when it comes to financial outliers, rebels, and innovators, the story of the state crushing private business is not surprising. Livingston writes:

While we are ready to take on the SEC in court, we underestimated the tactics they would employ. How they would take our quotes out of context to manipulate the public to view us as bad actors. How they would pressure exchanges not to list Kin. And how they would draw out a long and expensive process to drain our resources.

At the end of the day, things in the crypto space are as they always have been: caveat emptor. Buyer beware. If KIN is truly a good coin or a scam to be avoided like the crypto plague, is for the market to decide. The chain-migrating, Stellar-forked token is not without significant market distaste already. Crypto Twitter is full of takes on the matter, with commentators saying that kin will be useless without the messaging app for which it was built, that it’s an exit scam, and still others defending the group against the historically corrupt and “friendly” blind-eye-turning SEC.

All things told, there may be a pretty simple takeaway here. First, if it sounds too good to be true, it almost always is. Second, if there’s a trifecta of hyped promises, flashy cars, and calls for mass investment prior to anything actually being created or delivered, it’s safe to say you should probably jump in your Lambo and get the hell out.

What do you think about KIN? Let us know in the comments section below.