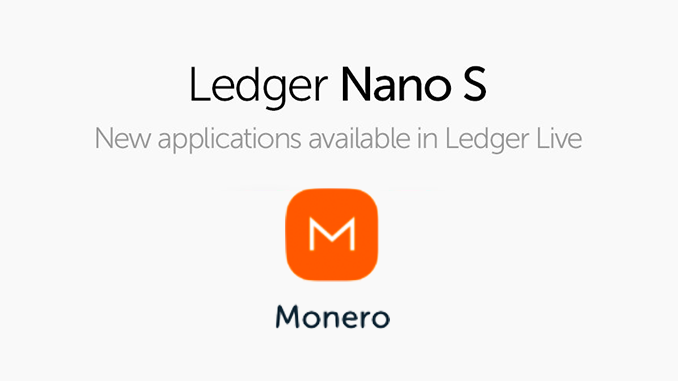 Anyone who owns Monero can now also save it on the Ledger Nano S.

It has long been clear that Ledger is working on integrating Monero (XMR). If you have a look today in the Ledger Live App, you will find the Monero app there to install. From now on, the ledger can also keep your XMR credits. Soon Cardano (ADA), Lisk (LSK) and IOTA will be able to be stored on the Ledger Nano S as well.

A hardware wallet is currently the safest way to keep your crypto credits. Even if you lose this or get stolen, you can recover the funds. The market leader in hardware wallets is the Ledger Nano S. For example, it can store significantly more cryptocurrencies than its competitor, the Trezor. Last year alone, the company is said to have sold more than 1 million Ledger Nano S.

As of late, you no longer need any complicated Chrome apps to serve the ledger, but you can just install the Ledger Live software on your computer. This unites all cryptocurrencies and the Ledger Manager in one program.