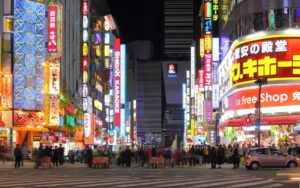 Findings by investigative platform WizSec uncovers new details in the civil rehabilitation case against CoinLab and Mt.Gox as CoinLab seeks $15 billion USD in damages plus an extra $1,127,731,005 each year the proceedings drag out past June 2018.

The rehabilitation trustee in the case estimates the actual damages caused to be at least forty times lower ($6,100,000 USD) than the fifteen billion dollars claimed by CoinLab.

Although not specifically mentioned, the site covering the case, WizSec, mentions that the “elephant in the room” is the ongoing case between CoinLab and Mt.Gox as a primary cause of the delay in bitcoin moving from Mt.Gox.

The lawsuit was the aftermath of a failed partnership attempt that took place between the companies in 2012 and 2013.

The case has been covered by Bitcoinist extensively in the past, with the most recent update being that Mt.Gox’s stash of bitcoin will remain in the company’s possession at least until 2020.

The first insight was the scope of the damages claimed by CoinLab. WizSec stated that the company’s claim was “almost two and a half times as large as the sum of all the claims combined.” While also pointing out that the remaining funds in Mt.Gox are “customer funds” and not owned by a custodial entity, therefore making the claims of money owed irrational. 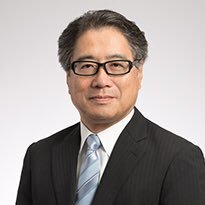 Basically, if you had bitcoin in MtGox you’ve already lost 80%+ of your money, and now CoinLab is doing their best to finish the job.

In the original post, WizSec summarized the content of two documents: CoinLab’s civil rehabilitation claim assessment petition (March 6, 2019) and the response of the trustee (April 12, 2019).

CoinLab’s monetary claim is below and taken from the original post by WizSec.

In addition to the above, CoinLab also demands that Mt.Gox pay for CoinLab’s legal fees.

On the other hand, WizSec notes that the trustee overseeing the case “insists that CoinLab’s claims are assessed at JPY and that the company should pay its own legal fees.”

WizSec notes that after the agreement was signed between CoinLab and Mt.Gox that “history diverges sharply depending on who you ask” and makes the following interpretation:

The contract was probably rendered invalid and/or CoinLab breached it by not being legally compliant in all US States, thus failing to to fulfill the whole point of the agreement and their claims of calculations are “absolute nonsense.”

The biggest disagreement was over state licensing and if CoinLab was compliant. Mt.Gox attorneys stated that the licenses were required but not sought after while CoinLab maintains the position that it was always compliant.

Interestingly, WizSec stated that CoinLab actually applied for a state license in Washington state, which would mean they were aware of state-licensing from the beginning.

Disputes, drama, and a lawsuit

WizSec notes that there were clearly business disputes with each party trying to get the other to provide the relevant materials.

The dispute continued until it eventually escalated to a lawsuit filed by CoinLab in 2013.

WizSec also noted the total sum of money that was sent and received between the two companies:

CoinLab’s case is simple in premise but severely convoluted in its claimed damages. CoinLabs argues that Mt.Gox breached the contract in “multiple ways” and was, therefore “robbed of the revenue it would have received had the license been fulfilled.”

CoinLab argues that because the agreement was for a term of ten years, plus sharing for an additional 5 years of revenue after termination, they were owed a total amount of 15 years worth of revenue on 25% of global trade volume.

These numbers come from their calculations of lost revenue, delay damages, civil rehabilitation, and other sources.

WizSec finally notes that the trustee of the case has termed Coinlab’s estimates “impossible and completely groundless” and disputes every aspect of its calculation method.

In closing, the trustee appears to be negating every part of CoinLab’s claims and has “given no indication of negotiation or compromise.”

When will the Bitcoin move?

The Bitcoin in Mt.Gox’s possession, which is estimated to be 141,000 coins, won’t be distributed to the creditors until at least 2020 due to the recent deadline extension; though, it’s now likely to drag on for longer because of the aforementioned lawsuits.

What are your thoughts on the CoinLab vs Mt.Gox case? Let us know in the comments!

Images via from WizSec.jp, Shutterstock

Who shares data, is rewarded with the crypto currency IOTA, which can be used, among other things for the payment...