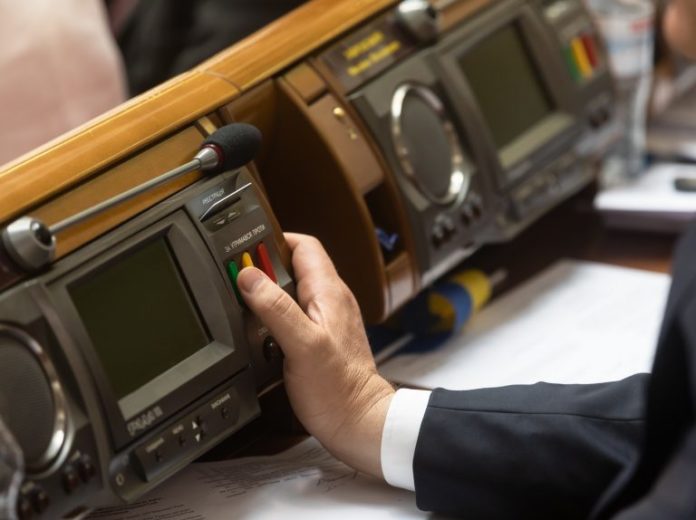 The Verkhovna Rada, Ukraine’s legislature, has approved amendments that introduce legal terms and definitions pertaining to the crypto space. The new legislation, which aims to transpose the FATF standards into national law, also identifies who is to take responsibility for the oversight of cryptocurrencies in the country.

Also read: Crypto Startups to Get up to $75,000 From the Government of Ukraine

Using Crypto for Payments and Investments

The draft law on the prevention of the legalization of proceeds from crime and the financing of terrorism and weapons of mass destruction proliferation was supported by a significant majority in the Rada. The bill was amended to incorporate “virtual assets” which have been described as property and as a digital expression of value that can be traded or transferred and used for payment or investment purposes. Ukraine’s anti-money laundering (AML) legislation introduces the standards for virtual assets adopted this year by the Financial Action Task Force (FATF). The members of the inter-governmental organization recently agreed to monitor and assess the implementation of the crypto requirements in different countries, as news.Bitcoin.com reported in October.

The law also introduces the term “provider of services related to the transfer, exchange and storage of virtual assets,” the crypto information outlet Forklog reveals in an article. An interesting detail is that not only corporate entities but private individuals as well will be allowed to offer such services under the new regulations.

All crypto operations will be subject to different levels of financial monitoring depending on the amount and destination of each transaction. The Ministry of Digital Transformation, which has been quite active this year, will be tasked to regulate the circulation of virtual assets in Ukraine. It will also conduct oversight to verify compliance with AML regulations in the crypto sphere.

Kiev to Increase Oversight as Part of EU Commitments

The amendments dealing with cryptocurrencies have been prepared by lawmakers from the multi-partisan parliamentary group ‘Blockchain4Ukraine’ with the help of the EU-funded expert and analytical center Better Regulation Delivery Office (BRDO) and members of the industry. They were voted on second reading this past Friday after the first reading took place on Nov. 1. The adoption of the law is part of Ukraine’s commitments under its association agreement with the EU, Ukrinform noted in a report, and will open the way for a tranche of €500 million in financial assistance. Laws in Ukraine are typically passed on three consecutive readings. During the first one, deputies in the Rada accept the draft in principle. Then they have two weeks to propose amendments before the second reading takes place. The law is finally approved on a third reading. However, bills are often adopted during the second reading and sometimes even after the first. The status of the FATF-inspired bill on the Rada’s website is currently “adopted” and “being prepared for signing.” New laws in Ukraine are signed by the president.

During the last voting on Dec. 6, a strong majority of over 240 deputies supported the law that also incorporates provisions from EU’s Fourth and Fifth Anti-Money Laundering Directives. One of the amendments introduced during the discussions in the Ukrainian parliament reduces the initially proposed penalties for breaches of the AML legislation. Another one obliges Ukraine’s financial regulators to align their substatutory acts with the new legislation within three months of its entering into force.

The current administration in Kiev, which took power after the election of Volodymyr Zelensky as president and the general election this summer — in which his Servant of the People party won a majority of seats — has been quite positive towards the country’s crypto community. A fund established recently by the Ukrainian government will distribute $18 million in grants among startups from innovative sectors of the economy including the blockchain industry.

Do you think Ukraine has the potential to become Europe’s next regulated crypto-friendly jurisdiction? Share your expectations in the comments section below.

Since the inception of Bitcoin, a variety of unique individuals have come forward saying they invented blockchain technology. In 2019,...