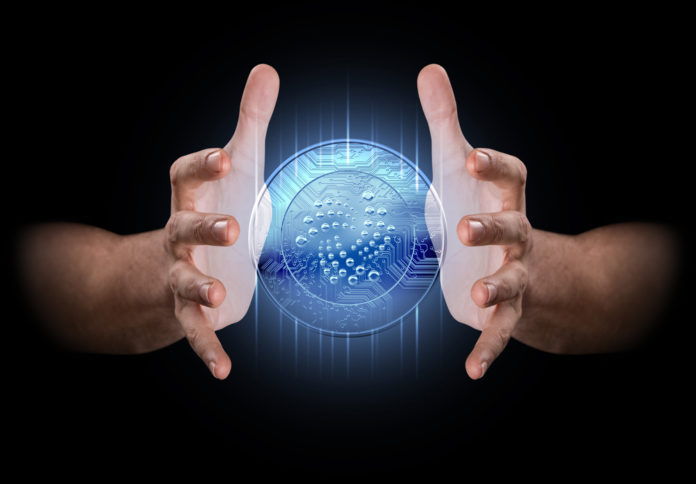 A lot has happened at the IOTA Foundation this month. Following the launch of the ecosystem, IOTA announced a new partnership in the IOT area. There is also movement both internally and on the crypto market.

The cryptocurrency MIOTA and the underlying IOTA Foundation around Dominik Schiener knew almost only one direction since the beginning of the project last year: up. April ended for the Berlin start-up but with a small damper. If one could announce new cooperations for a while, for example with VW or Bosch, now turned away a partner. The University of London University Center for Blockchain Technologies (CBT) announced that it no longer wanted to be in contact with the start-up.

May, however, could not have started better for IOTA. On the day of work, the developers announced the launch of the new IOTA ecosystem. The platform is aimed at developers who can feed ideas there and make them accessible to selected observers. Funding from the IOTA Ecosystem Developing Fund is also possible within this framework. This fund was created specifically for the IOTA Ecosystem.

On to new shores

Last week, the company expanded its range of collaborations. The Foundation announced the collaboration with Kontakt.io, a leading location platform provider for IoT (Internet of Things). The partnership is designed to connect the Kontakt.io site platform with the Open Source Foundation’s distributed ledger technology. According to Kontakt.io’s press release, the combination of Blockchain technology and the Internet of Things will support the introduction of tamper-proof and chargeable readings from smart sensor data. These should contribute to the provision of health care providers and supply chain companies.

In the area of ​​safety, the next IOTA message is in May. So the company announced this week also a new addition to his team. Andrea Villa, self-taught in computer hacking, takes on tasks in the area of ​​system administration, information security and networks. During his career, Villa has worked in a variety of roles: as a specialist in cloud architecture, Devops and, in particular, as a Senior Security Consultant for renowned clients worldwide.

With Huobi, another internationally used crypto-exchange IOTA has been added to the list of cryptocurrencies listed on it. Trading pairs IOTA / BTC, IOTA / ETH and IOTA / USDT are now available at the Exchange.

So, the month of May is not going too bad from the point of view of IOTA. Let’s see how that affects the long-term IOTA course.

The former head of Visa in the UK and Ireland has joined a startup bringing crypto to consumer payments, Business...