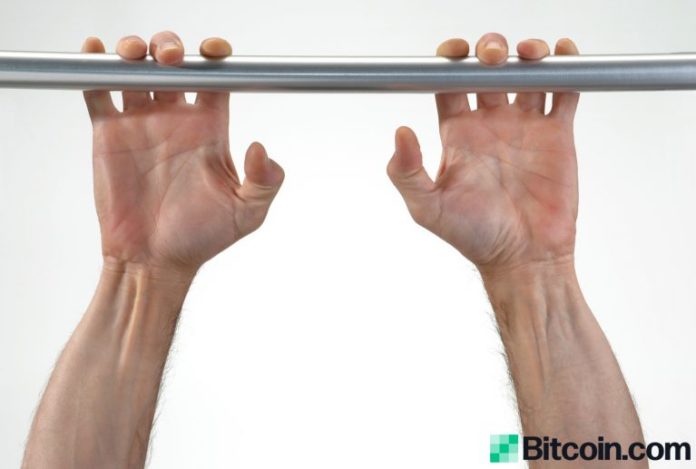 While the covid-19 outbreak has caused economic calamity, cryptocurrencies have regained some of the losses that devastated digital currency markets on March 12. A recent report published by the researchers at Coin Metrics notes the “crypto asset sell-off was driven by short-term holders.” Further, an analyst at Unchained Capital agreed with Coin Metrics’ findings and wrote that “a majority of the volatility came from UTXOs 6 months old or younger.”

The events of March 12 left people wondering why BTC and many other cryptocurrencies lost considerable value. Of course, most individuals understood that the panic selling stemmed from the fears surrounding the covid-19 outbreak that ravaged global markets. Furthermore, speculators have assumed that the Plustoken scammers offloaded a large sum of ETH and BTC prior to the dump. In total, crypto markets lost $44 billion in a matter of hours on March 12 as BTC spot prices dropped to a low of $3,870 per coin. Since then, however, BTC has managed to climb back over the $6K, region gaining more than 16% in the last week. Top performing digital currencies like bitcoin cash (BCH) saw seven-day percentage gains upwards of over 30%.

Following the crypto market carnage, Coin Metrics researcher Nate Maddrey and fellow team members published data that shows the “crypto asset sell-off was driven by short-term holders.” Maddrey highlighted that on March 12 “growing concerns over the COVID-19 pandemic” caused one of the largest one-day price drops in BTC’s history. The researcher also noted that the entire cryptoconomy followed suit as most coins lost more than 30% in a week. Further, despite all the people saying that BTC is uncorrelated, Coin Metrics’ “State of the Network” update underscored that “BTC and the S&P 500’s correlation touched a new all-time high.”

“BTC’s historic price drop was concurrent with the equity markets’ worst day since 1987,” Maddrey wrote. “On March 12th, the Pearson correlation between BTC and the S&P 500 soared to a new all-time high of 0.52. The previous all-time high was 0.32. This suggests crypto asset markets are becoming more intertwined with existing markets, and are reacting to external events more than we have ever seen before.”

BTC prices also reacted to certain events during the last two weeks including the Fed’s emergency rate cuts and Trump’s travel ban announcement. Coin Metrics and Maddrey believe that most of the BTC sellers appeared to be short-term holders. “On-chain data shows that recent price movements were likely mostly driven by shorter-term and relatively new holders,” Maddrey’s research details. “Coin Metrics’ revived supply tracks how many old coins come back into circulation after being untouched for a specific period of time. For example, thirty day revived supply tracks how much supply is moved on-chain (i.e. transacted) after being untouched for at least thirty days.” The researcher added:

Researchers at Unchained Capital decided to review the firm’s HODL Waves charts to find out who has been selling and holding as well. “The volatility certainly didn’t come from the 5-year [holders]. Are those coins lost or do those bitcoiners have hands of steel?” Unchained Capital tweeted. “Over the course of the last year, the percent of 5-year coins has increased from 20.37% > 21.65%, or by ~233,800 BTC.” The final tweet in Unchained Capital’s thread explained:

A majority of the volatility came from UTXOs 6 months old or younger.

Traditionally, new investors jumping into global markets have weak hands compared to seasoned traders and the same goes for crypto investors as well. New crypto investors usually make the same mistakes like waiting too long to invest, investing too little even though they have enough money, frequently making trades without patience, buying while markets are spiking in value and selling based on emotions. With characteristics like this and data stemming from Unchained Capital and Coin Metrics, it’s likely new investors were the ones who dumped their coins and veterans are still sticking around for the long haul.

What do you think about short-term holders driving most of the cryptocurrency market sell-off? Let us know what you think about this topic in the comments section below.

Disclaimer: This article is for informational purposes only. It is not an offer or solicitation of an offer to buy or sell, or a recommendation, endorsement, or sponsorship of any products, services, or companies. Bitcoin.com does not provide investment, tax, legal, or accounting advice.

Following the success of working with local law enforcement bodies in clamping down on cryptojacking, Interpol is now targeting darkweb...