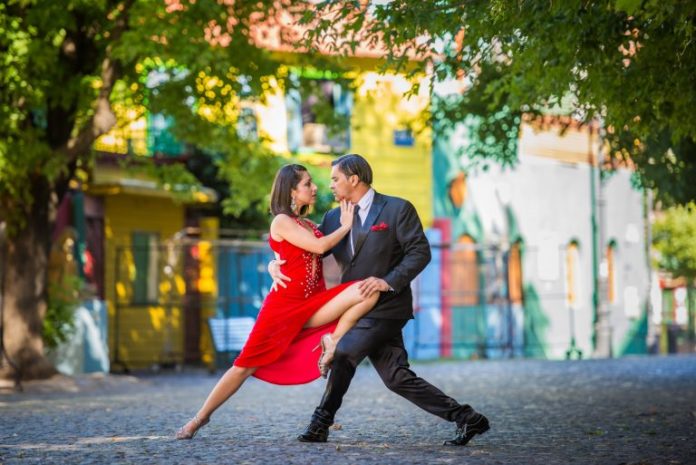 A 19-year-old information engineering student in Buenos Aires, Argentina, has started a grassroots campaign to educate local businesses about accepting bitcoin as a payment method. First introduced to the cryptocurrency when he was 13, Leo is intent on seeing the vision of bitcoin becoming a mainstream transactional currency realized, and believes that homegrown actions as simple as distributing informational flyers is key to the eventual widespread integration of bitcoin into everyday business and society.

Also read: Public Transport Across Argentina Can Now be Paid With BTC

Leo Beltran, an information engineering student, armed with a printer load of flyers detailing the benefits of offering bitcoin payments, is intent on making Buenos Aires a bitcoin-friendly city.

Beltran got the inspiration when, at an event, he asked a vendor why bitcoin was not on the list of payment methods they offered for their product. She laughed and dismissed the question, and he realized that most businesses either don’t know what bitcoin is or how it works, or they believe that it’s not “real” money or usable in a way that is relevant to their business.

He’d always been interested in technology, both in how fast it evolves and the speed at which it’s changing our lives. After discovering bitcoin at the age of 13, Leo kept learning about it, hoping that it would reach a point where it would become widely accepted as a currency. Once he turned 18 in 2018, he finally bought bitcoin and started trading it, but the dream of what bitcoin could be hadn’t left him.

The thing that made me fall in love with cryptocurrencies in general, and bitcoin in particular, was that it could financially connect people on the internet the same way it connects them in the real world.

After his encounter with the vendor who dismissed cryptocurrencies, Leo told himself that if businesses need to be educated on how to integrate bitcoin into their offerings, he might as well help make it happen. And so, his flyer movement was born.

Creating flyers was something simple and not marvelous or heroic in any way, but it’s a useful tool to start a conversation with business owners, so that’s what I did.

Leo took to the streets and started distributing home-printed flyers. To his surprise, the response was predominantly positive. In fact, he says it was “wonderful.” As he’d anticipated, most owners had no clue what bitcoin or cryptocurrencies were, but their responses were friendly and open-minded. Some, he relates, have shown genuine interest in adopting the cryptocurrency for their business.

Leo tells news.Bitcoin.com that many of the owners he has spoken to make the connection with traditional fintech apps, understanding that accepting bitcoin as payment is quite similar to downloading an app and letting a customer scan your QR code to make a payment. In those cases, he points out that bitcoin is indeed largely as simple as that, with the difference being that it’s safer because bitcoins are always sovereign-owned.

Buenos Aires, the most-visited city in South America, is considered one of the most diverse cities on the continent, and known as “the Paris of South America.” While the city is famous for tango and parrillas, Beltran has another speciality in mind, saying that it’s one of the cities with the most opportunities on the continent for bitcoin right now. The data appears to agree. Back in 2017, venture capitalist Tim Draper advised Argentinian president Mauricio Macri to invest in bitcoin.

This move is not without its challenges, however. Beltran stresses that in Argentina, bitcoin and other cryptocurrencies are not easy to obtain unless you’re “at least a little informed,” adding that misconceptions and biases about crypto in general – specifically regarding their alleged difficulty to use – acts as a major deterrent. He explains that exchanging crypto for fiat is not an easy process, and since the country is in the middle of an economic downturn, most people aren’t willing to risk their money for an unsure investment.

He is insistent that his passion for the adoption of cryptocurrency will not die an early death because people don’t have the time or resources to understand it. Thus, since things are already much easier than they were five years ago when he first learned about bitcoin, and because there’s a committed global community working to mitigate challenges, Leo believes this is the right time to begin his awareness and adoption initiative.

Although Beltran acquired bitcoins as an investment, he is passionate about extending the currency beyond a store of value and believes that bitcoin can only really be considered successful once it starts trickling down into everyday transactions in everyday life.

Bitcoin was introduced as a way of payment, but if there is no place where I can spend it, how is it worth something?

Leo acknowledges that as a store of value, bitcoin is still very volatile, adding that he hodls because he believes that in the long term, it’ll become a stable currency backed by solid technology. He realizes that as a currency for everyday use, it will take time to improve, as the technology adapts, to the point where fees and ease-of-use become sufficiently convenient to make it user-friendly for newbies and veterans alike.

However, bitcoin has to start somewhere, and he’s not content to stand idly by waiting for the day it’s a mainstay at checkout counters.

One Business at a Time

Asked what his overall goal is with this endeavor, Leo enthusiastically declares:

If even a single business contacts me saying that they want to try the technology in their operations, that will already be a big success.

He deliberately targets small- and medium-sized business owners, not only because they are the most likely to start accepting bitcoin (“there are clear benefits to the big companies for using fiat currencies,” he reminds), but also because they are the ones that will benefit the most from the technology.

In an ideal world that’s perhaps still a long way off, he hopes that everyone will use crypto to buy and sell stuff without a need to exchange it for fiat. For the moment, however, he feels that one of cryptocurrency’s wonders is that day-to-day transactions can be as easy as large transactions since there are already tons of tools and apps to store and use bitcoin securely and effectively. In short, it’s come a long way since he first learned about it in 2013.

Everyone Doing Their Bit Is What Will Get Us There

Beltran is not naive about the difficulties ahead for mainstream adoption, but he believes that action, not talking, is what will get us there. He likes introducing family or friends to cryptocurrencies, not by explaining it to them, but through gifting them a small amount, even if it’s only a few dollars. That way, they have an incentive to learn more, and this has led to friends who had previously been unaware of bitcoin’s existence buying more for themselves.

He knows that most bitcoin aficionados likely won’t march across the business district knocking down doors and handing out flyers like a door-to-door salesman, but he’s adamant that we all have our part to play, however small it may be.

Accepting cryptocurrencies as a means of payment is probably one of the best actions you can do to help. However, other things like getting informed, learning, participating in forum discussions, and telling your friends or family about it, so they are aware of bitcoin can be just as helpful as any other action. And that’s probably the way bitcoin was meant to be discovered.

Bitcoin Is About Far More Than Just Price

Asked why now, in a market that seems to have been beaten down and trodden on, Beltran is full of faith. He reiterates that he is a firm believer in Bitcoin’s philosophy and technology, and says anyone who believes in these two components can withstand anything from price drops to society’s indifference to cryptocurrencies.

For me, bitcoin has always been much more than its price.

He adds that once you understand that the underlying technology is inherently more valuable and potentially useful than the price the market dictates right now, you’re able to think of bitcoin as a currency and not merely an asset for financial speculation.

It’s a pity that the mainstream media still only talks about bitcoin when it’s on the rise or when it’s linked to terrorism or criminal activity, he laments. He adds that the Bitcoin community is an excellent one that appreciates Bitcoin’s deeper significance, and says that alongside the continued development we’ll see in future, he hopes that his own modest efforts will contribute to mainstream adoption.

Do you think initiatives such as these to foster bitcoin adoption at business level will make a difference? Let us know in the comments below.