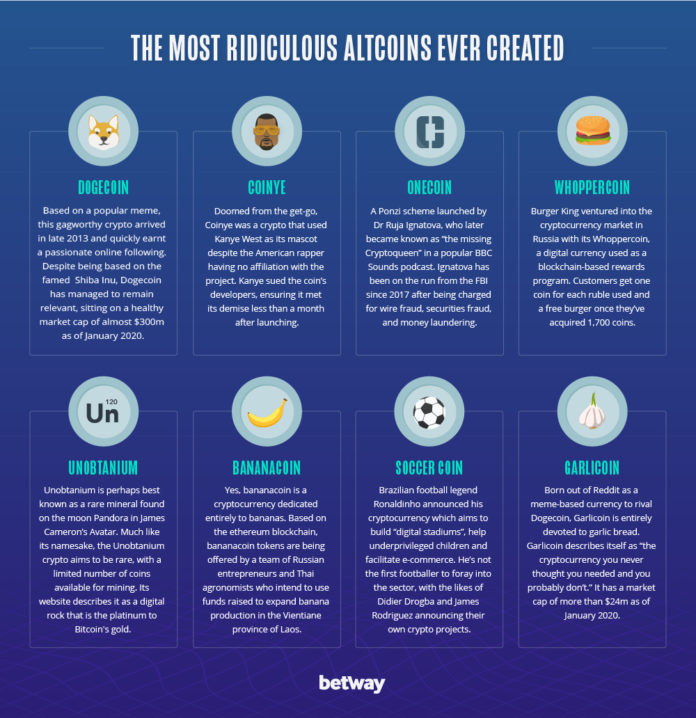 Our timeline tracks all the ups and downs of the first 10 years of Bitcoin, and reflects on some of the more ridiculous altcoins that were born as a result.

Back in July 2010, investors were so busy throwing money at companies like Netflix, Amazon and Apple that they failed to pay any meaningful attention to a new digital currency called Bitcoin, which was paying just $0.08 per coin at the time.

Little did they know that, by the end of 2019, the price of the world’s first cryptocurrency would have increased by 62,500 per cent, making Bitcoin the most-profitable investment of the decade.

It hasn’t always been smooth sailing. As well as sizeable increases, its price has also suffered significant drops, not to mention various security issues, allegations of fraud and some downright bizarre episodes.

With remarkable highs and sudden lows, Bitcoin’s journey marks one of the most captivating success stories of the 2010s.

First launched in early 2019, Bitcoin was shrouded in mystery from the very beginning. The cryptocurrency was founded by Satoshi Nakamoto, a pseudonymous individual (or collective) who has kept their identity secret since releasing Bitcoin’s original blueprint on a cryptography mailing list on 31 October 2008.

Word of Bitcoin took a while to spread, and its early years were far less turbulent (and valuable) than those that followed. While early adopters would trade privately, it wasn’t until March 2010 that BitcoinMarket, the first formal bitcoin exchange, went live, allowing users to trade cryptocurrency or buy and sell it for cash. Then, in May of the same year, the first real-world bitcoin transaction was made, when two Papa John’s pizzas were bought for 10,000 bitcoin. Worth roughly $40 then – with the pizzas themselves only costing $25 – those bitcoin have since hit a peak value of $90.5m.

However, on 15 August 2010, Bitcoin’s first major hack (later dubbed the Value Overflow Incident) nearly rendered the entire currency useless. An anonymous hacker manipulated the blockchain to create nearly 184.5bn bitcoin to split between three separate accounts with a few keystrokes. But the hacker’s desire to loot as much as possible meant the inflation bug was conspicuous enough to be spotted and fixed within a few hours.

February 2011 marked the first time Bitcoin reached parity with the US Dollar, a milestone which fuelled a surge in interest from investors looking to get a piece of the action.

With the increased attention and value, more businesses began accepting Bitcoin as an official payment method. The University of Nicosia became the first in the world to accept bitcoin for the payment of tuition, while Richard Branson’s Virgin Galactic began accepting the cryptocurrency to pay for future space travel. A female flight attendant from Hawaii was the first to secure her place on board the spacecraft via this method.

Perhaps the most infamous of these is OneCoin, a Ponzi cryptocoin and blockchain scheme launched by Dr Ruja Ignatova. The Bulgarian, who later became known as “the missing Cryptoqueen” in a popular BBC Sounds podcast, has been on the run from the FBI since 2017 after being charged for wire fraud, securities fraud, and money laundering.

The success of Bitcoin paved the way for new competitors to launch their own legitimate cryptocurrencies, including Ripple (2013) and Ethereum (2015). Meanwhile, more unorthodox cryptocurrencies launched, such as Dogecoin, which evolved from the popular Doge meme, and Coinye, which used Kanye West as its mascot before being hit with a lawsuit from the rapper.

Bitcoin ATMs also started appearing, first in Vancouver and San Diego, before proliferating around the globe. Boxing legend Mike Tyson joined the bandwagon, attempting to become a heavyweight in the crypto space with an eponymous ATM adorned with imagery of his iconic facial tattoo. Tyson’s first ATM landed in Las Vegas but, strangely, its location was chosen as The LINQ Hotel & Casino’s Promenade – a complex which does not accept bitcoin directly.

After years of steady growth, Bitcoin truly came into its own in 2017, and in groundbreaking fashion. The value of the currency consistently broke records that year, before reaching $19,783.06 by mid-December, which remains the Bitcoin’s highest-ever value.

Early adopters benefitted from this surge in value, including US rapper 50 Cent who accidentally made $8m from a Bitcoin account he forgot existed. Back in 2014, the rapper let fans buy his album Animal Ambition using bitcoin. Users could buy the album for a fraction of the price of a single bitcoin, worth only $662 at the time. He then let his account lie unused for years, before discovering in 2018 that the $400,000 he originally made on the bitcoin album sales had snowballed to almost $8.5m in value. 50 Cent confirmed his new windfall on social media, commenting: “Ima keep it real, I forgot I did that s**t lol.”

However, Bitcoin’s boom period was spectacularly short-lived. Its value dropped by a third within 24 hours of reaching its record value, eventually crashing to under $3,300 by the end of 2018. Recent signs have been more positive. Bitcoin reached its highest price in more than a year in May 2019, eventually rising to £10,908.18 by June and fluctuating around this mark ever since.

While nobody can accurately predict the future of cryptocurrency, a key change that is fast approaching is likely to affect its value once more. At some point this May, the Bitcoin network will automatically reduce its block reward. Miners currently receive 12.5 bitcoins for each new block of transactions (a market value of $87,000), but this reward will be halved to 6.25 bitcoins. After the last halving in July 2016, Bitcoin’s popularity plummeted. However, many commentators argue that the shrinking reward is making buying bitcoin more urgent, which will only see its popularity increase this time round.

Bitcoin is set to face increased competition, too. It might not come from the likes of WhopperCoin (Burger King’s crypto loyalty scheme) or Garlicoin (reserved for garlic bread enthusiasts), but Facebook is due to launch its own Libra cryptocurrency in 2020, while other blockchains are providing greater incentives. Ethereum, for example, is much faster than Bitcoin, offering completed transactions within seconds as opposed to Bitcoin’s minutes. Fans also claim that there are more uses for Ethereum, which may well act as a platform for distributed computing—which Bitcoin does not offer.

Still, with the cryptocurrency only in its 10th year of widespread use, you can be sure that the future of Bitcoin is going to be just as innovative and exciting as its first decade. 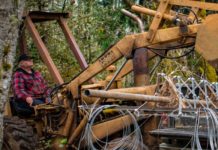 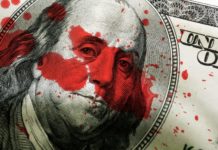 Bitcoin Cash Stopped Producing Blocks For 5.5 Hours, Find Out Why

Bitcoin Cash (BCH) experienced a serious mining anomaly today. The network failed to produce a single block in a five-hour...