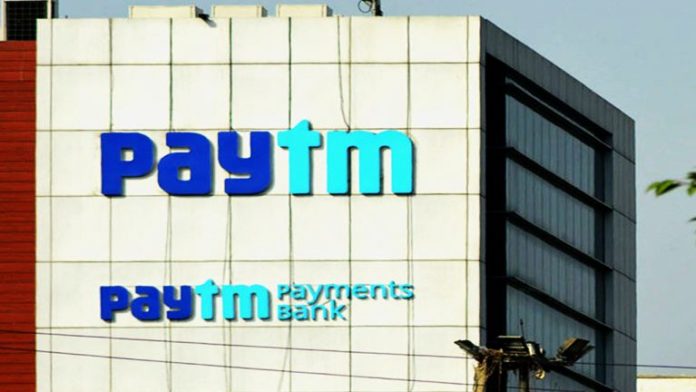 India’s largest mobile commerce platform Paytm has reportedly been freezing the bank accounts of users suspected of crypto trading, even though cryptocurrency, including bitcoin, is legal in India. The country still does not have a legal framework for cryptocurrencies but the government says that a crypto bill is “awaiting approval.”

Many users are reporting Paytm is freezing bank accounts of Paytm payments bank account holders with suspicion of crypto trading.

The publication explained that Paytm offers INR wallet and INR banking services. “So P2P or spot, users can use this bank account to receive money or to send fiat to deposit in exchanges. And those bank accounts are being frozen.”

Paytm would not be the only bank to have a problem with cryptocurrency trading. Last month, Axis Bank, India’s third-largest private-sector bank, reportedly called customers asking whether they used the accounts for cryptocurrency trading. The bank also warned that it will block accounts used for this purpose. Some customers said they were also asked to sign a declaration form confirming that they “do no deal in any type of virtual currency transactions” through their accounts at the bank. Before the supreme court quashed the central bank’s circular in March, banks were closing accounts suspected of being used for crypto trading. The circular by the Reserve Bank of India (RBI) prohibited banks from providing service to entities dealing in crypto. After the RBI ban was lifted, several banks reportedly still refused to work with crypto businesses, including exchanges, claiming to be waiting for further instructions from the central bank.

The RBI has said several times that cryptocurrency is not banned in India. It confirmed in a reply to a Right to Information (RTI) application specifically that there is no ban on crypto exchanges, businesses, or traders in the country. Coin Crunch noted:

Crypto trading is not illegal. Banks are not restricted. However banks can act in their own interest, so users are advised to take caution.

Adding to the confusion is the draft bill that seeks to ban cryptocurrencies which the Indian government has had since early last year. It was drafted by an inter-ministerial committee (IMC) headed by former Finance and Economic Affairs Secretary Subhash Chandra Garg, who has since resigned.

While no decision has been made regarding how cryptocurrencies are to be treated in India, the Indian crypto industry believes that the government will re-examine the bill given that much has changed since it was submitted. Nonetheless, there have been reports of various ministries discussing a ban on crypto, but several exchange executives have told news.Bitcoin.com that a full ban is unlikely. Replying to an RTI application, the government revealed that the crypto bill is “awaiting approval.”

What do you think about Paytm blocking bank accounts? Let us know in the comments section below.

Raoul Pal, the CEO of Real Vision and a Wall Street veteran, thinks Bitcoin will be the top-performing asset of...