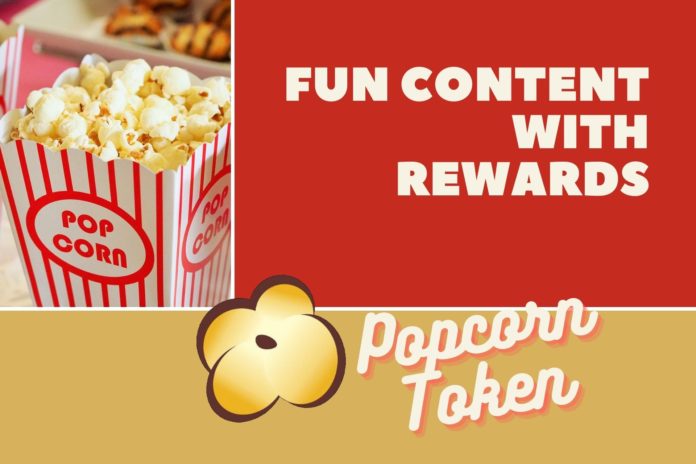 The PopCorn token has taken an iconic item of almost every culture and molded it into a fun and value-driven project. Based on Ethereum and powered by the ERC20 Tokens, PopCorn is steering on a path to build a global exchange community-oriented platform. Moreover, it is a decentralized platform. The transactions are transparent; smart contracts are immutable and run on the principles of accessibility and utility.

All in all, the PopCorn token is striving to bring benefits to even the smallest liquidity provider, the most risk-averse staker, and to the entire community with the distribution of its shared rewards system. With locked liquidity for one year and an integrated burn system, PopCorn will also maintain its stance of a deflationary ecosystem.

Added to all of this, the users on this platform can also reap the benefits of either becoming a liquidity provider or pooling their tokens to keep the system running. It is still an evolving project with new announcements being made by the day. The users will get to use the native exchange platform.

By staying abreast of the store-of-value working model, i.e., a deflationary model, the PopCorn developers are making sure that the value of the coin is always stabilized. This also means that there won’t be a windfall gain or drop in the value because of the burn mechanism prevalent all over.

Apart from being a decentralized platform, PopCorn is also considered a social experiment due to its community-first attributes. It is also a meme machine. Memes in any cryptocurrency project are used to drive the narrative and create value.

The intricacies of any crypto project are not cut and dried for an everyday Joe. So, the memes help the users and community members understand the basic nuances of the project.

Moving on, the permissionless economic structure of the platform is liberating. However, the users need to tread carefully as the penalty of the wrong decisions on PopCorn can end up in penalties (discussed later).

The deflationary working model of PopCorn ensures stability and constant flow of tokens across the platform. The 10% token burning out of every token is further distributed to the stakers (3%), the liquidity providers (5%), and 2% is burned without any chance of retrieval.

Just as a PopCorn Machine Works

The founder’s decision to resonate with the cultural affiliations to the snack popcorn and creating a platform that works similarly can be fruitful. On the PopCorn platform, there are three core cogs of the entire ecosystem. There are heat generators, machine operators, and the cumulative operational heat loss.

The users choosing to provide liquidity to this tokenized meme platform can do so by using the DApp. Providing liquidity will result in two major outcomes. One, it will ensure that the market is flowing and healthy. And there is no lock-in period for liquidity.

The stakers can also get regular rewards for their contribution to the platform. The staking rewards are only provided after the stakers will lock-in the liquidity (called liquidity staking). PopCorn rewards the stakers for their stakes irrespective of the value of PopCorn token vis a vis the market.

However, to stake or pop, the users need fire, and that is provided by FIREball. To initiate staking, the users require at least 1 Fireball. The Firetokens are to be purchased separately from the Uniswap Exchange portal dedicated to Fireball.

The staking CORN is bound to stay in the machine for at least 10 days.

The stakers are set to receive rewards from their efforts. Out of the cumulative pool of all the transactions held on the platform, 3% of the transactions are pooled together and shared with the stakers. Furthermore, if the staked CORN is unstaked before 10 days, the stakers invite a penalty of 30%.

The community-driven platform PopCorn holds several public listings of wallers, rewards competitions, and other such events to initiate a dialogue among the users. The users can now exchange the CORN tokens on Bilaxy, Livecoinwatch, Coinmarketcap, and Uniswap.

The future roadmap of PopCorn includes developing on marketing, enhancing the viability of PopCorn to be listed on other exchanges, and set the platform. All in all, users can expect to see some significant developments in the coming months.

PopCorn is working as a decentralized token that works on an operating model similar to a popcorn machine. The liquidity providers contribute the corn, and the stakers provide the heat.

And when the corn pops and overflows or when the market evolves to a better position, both the stakers and liquidity providers earn the rewards. However, any disarray in the heat (early withdrawal or excessive staking period) can also lead to heat overflow (penalties).