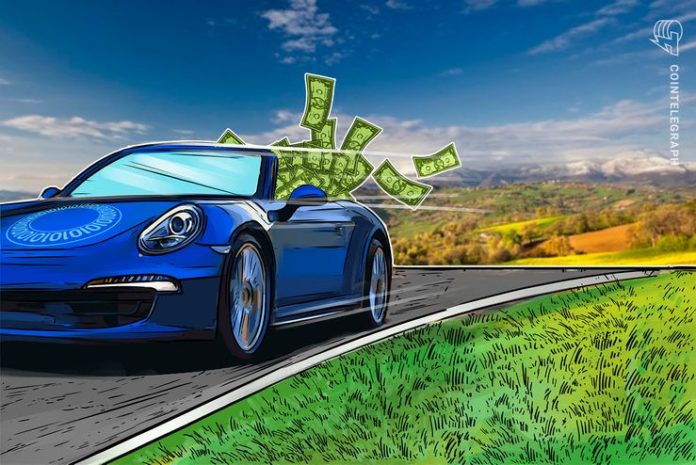 German automobile manufacturer Porsche AG will increase in its investments in startups — with a focus on blockchain and artificial intelligence (AI) — by around $176 million over the next five years, according to a company press release published September 25.

The increase in Porsche’s total investment in venture capital activities for next five years was prompted by the need to “gain access to trends, new technologies and business models,” the press release notes.

The investments will be aimed at “early and growth” stage businesses that relate to “customer experience, mobility and digital lifestyle,” as well as future technologies including blockchain, AI, and virtual and augmented reality.

Lutz Meschke, deputy chairman and member of the executive board for finance and IT at Porsche AG, noted that the company must “fundamentally change [their] business model” in order to see success in the future, adding:

“To date, innovation has been driven to a large degree by technology and with strong links to our current core competencies […] It is essential that we build a strong ecosystem with competent partners.”

Earlier this year, Porsche had begun exploring the use of blockchain applications in its vehicles in partnership with the the Berlin-based startup XAIN. In the Sept. 25 press release, Porsche notes that Porsche Ventures is already a minority shareholder in a firm that uses blockchain to manage vintage vehicles’ history.

In March, Daimler AG, a car manufacturing giant famous for its Mercedes-Benz and Smart brands, revealed it was testing its own blockchain-based digital currency, the MobiCoin, that would rewards drivers for environmentally-friendly driving habits.

Also in March, another German car manufacturer, Audi, had announced that it had been testing blockchain technology for its physical and financial distribution processing.

When Ikigai Asset Management Founder Travis Kling fell into the cryptocurrency rabbit hole, he fell hard. When he started reading...