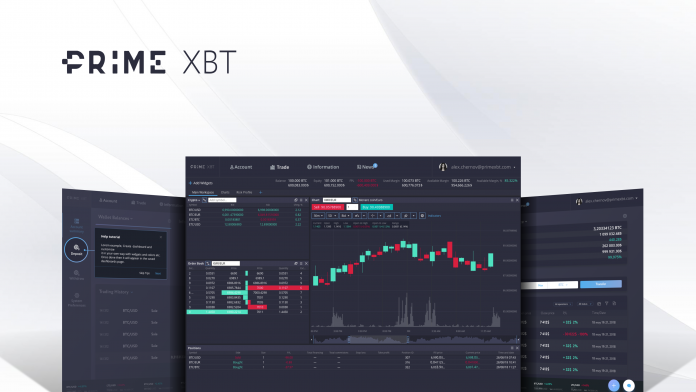 The crypto market experienced a long-lastingbearish trend in 2018, and the negative background got much more evident.Bitcoin’s drop to $3,400 in the last several weeks disrupted the market, and alot of inexperienced investors ended up surprised. This especially includes theones that invested in BTC when the coin was much more expensive, or those whosold some of their property, or took loans in order to obtain investment money.

Now that the price seems to have finally stabilized, investors are once againwondering what to expect in the future? Is Bitcoin going to rise once more, oris it going to continue its nosedive?

Over the last 10 years, Bitcoin has developed quite a strong community, whichended up being as resilient as the coin itself. This community makes a largeportion of the overall crypto community too. These investors, combined with allthe other crypto enthusiasts, still make quite a strong force that considerscrypto a promising future investment.

To those who took notice of cryptos as soon as they appeared, the market crashis nothing new. In fact, this is the fifth time it has happened. The recentcrash is not even the largest one that Bitcoin has experienced, although it mayend up being one of the longest ones.

Many investors are familiar with the market collapse of 2014, which has broughtBitcoin from $1,237 to only $111. While this crash is nothing big by today’sstandards, it was a massive price decline back in the day. However, back then,analysts attempted to calculate Bitcoin’s growth based on a non-linearlogarithmic progression. They reached a conclusion that Bitcoin should hit$10,000 by November 22, 2017.  Their3-year prediction ended up missing the mark by only 6 days, and Bitcoin reached$10,000 on November 28th. This is the analysis that became known as”Bitcoin Pump”.

By using the same principle, analysts alsocalculated that Bitcoin should hit $100,000 by July 16, 2021. As witnessed in2017, a 5-7 day error may occur. Because of these predictions, it is nowexpected that the market will enter a calm period in 2019/2020 and that theprice of BTC will rapidly move upward once again to reach the predicted value.While the situation does seem crypto-unfriendly at the moment, there is stillno reason to suspect that this will not come to pass.

One of the well-known crypto-analysts, Murad Makhmudov, posted his ownpredictions for Bitcoin price, claiming that BTC value will reach $160,000 by2023. He based his calculations on the same logarithmic progression.

Another price forecast thatwas made in July of this year managed to predict that BTC will drop to only$3,000 in October. While the expected price drop did arrive about a month late,it still did happen, and BTC is currently balancing just above $3,400, asmentioned earlier.

Meanwhile, in October 2018, analysts predictedthat the situation that ruled the crypto market between 2014 and 2016 willrepeat itself between 2018 and 2020. Only a month later, in November, the pricecrash arrived, mirroring the one of 2014. If the similarities between the twoperiods persist, it is possible that BTC will drop even further, reaching thevalue of $2,800 in Q1 2019, as predicted by a November 15 forecast.

All of these predictions seem almost identical when it comes to their forecast. For now, the market is in a relatively calm period, which will end at some point. After that, a new surge will take Bitcoin up to five times higher than its current all-time high. This event will likely occur at some point between 2021 and 2023.

What does this mean for investors?

The current market situation, as dire as it might seem, is far from being the first one for Bitcoin. It appears that Bitcoin’s history does, in fact, repeat itself, and if that is the case — what should investors do? What is the proper course of action at this point?

According to analysts, the best thing to do now is to buy while the prices are low. Buying and HODLing is the key. Next, if a short-term collapses start happening, investors should hedge risks by placing sell orders with a high leverage of 1:100 via the PrimeXBT platform. This is the only platform on the market that allows the ability to “short” by using additional financial leverage.

On the other hand, once Bitcoin starts rising once more, investors should strengthen their positions. They should also open purchase orders with a leverage of 1:100, and watch their profits skyrocket dozens of times. That way, investors will avoid losing valuable time, as the quick reaction to change in value is crucial from protecting savings from losses, but also for earning extra profits.

Furthermore, PrimeXBT platform has decided to give up on KYC procedures, and the procedure between registering and actually starting the trading process takes less than a minute, while any other exchange would likely need more than a day to verify the account.

The platform can also be accessed via a smartphone device, and it is available for both, Android and iOS. Furthermore, it is very user-friendly, as well as fast. Investors can open the position quickly and without slippage due to accurate prices from as many as 12 liquidity providers.

PrimeXBT also offers several trading pairs, including those against Bitcoin, Bitcoin Cash, Ethereum, Litecoin, and EOS. The investment environment is comfortable, and there are numerous functionalities which both, experienced investors and newcomers, can use. These are the functionalities that will allow investors to take quick action during the next price surge, but also protect them from another price drop.