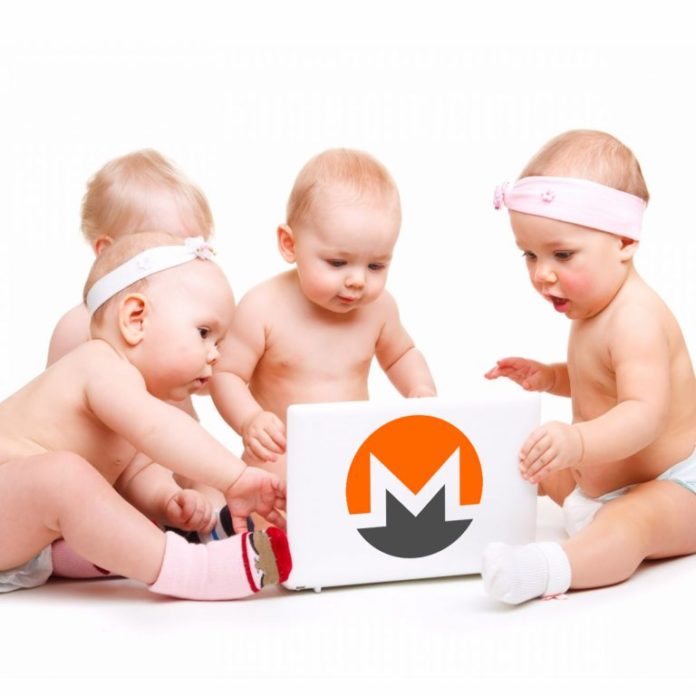 On April 6 the privacy-centric cryptocurrency monero (XMR) forked the protocol in order to make the digital asset’s mining ecosystem egalitarian. However, the hard fork has led to the birth of four monero-based blockchain branches all claiming to be the “original monero.”

The digital currency monero (XMR) is a public blockchain network created in April of 2014. Unlike litecoin and many other altcoins, XMR is not a clone of the original bitcoin codebase. Monero was built using the Cryptonote protocol; a codebase designed by a cryptographer who called himself Nicolas van Saberhagen. Saberhagen’s proof of concept turned into a slew of Cryptonote coins that utilized the Cryptonight proof-of-work hash algorithm like bytecoin, boolberry, and monero. However, just recently the Chinese mining operation Bitmain Technologies launched its Antminer X3 series, which hashes the mining protocol Cryptonight. A few other mining manufacturers such as Halong Mining and Baikal revealed ASICs that process the algorithm as well.

In light of this situation, the monero developers and community decided it was best to hard fork the chain in order to render these machines useless against the network. Monero (XMR) planned to upgrade to the version 12 codebase, which changed the consensus rules making its Cryptonight PoW more secure against ASIC technology. Although a significant portion of the monero community did not favor the idea and this issue has split the community into multiple subsets. This has eventually led to four projects relying on the original version 11 monero codebase.

All Four Monero’s Believe They Are the ‘Original’

Following the April 6 fork, there are now four different moneros that have decided to keep the original branch going. Two of the projects call themselves ‘Monero Classic’ with one team deriving from Singapore, and the other a developer who calls himself ‘PZ.’ Both of these projects claim changing monero’s PoW is not a well thought out decision, and both project leaders think they should keep the ‘original’ codebase alive. The Singapore team working on ‘Monero Classic’ (XMC) explains that the XMR developers have declared “unilateral control over monero” by being able to change the consensus algorithm on a whim. Moreover, the developer ‘PK’ and his project, which is described in both English and Chinese, agrees with this sentiment and doesn’t think the algorithm should have been changed.

Therefore, we believe that these two thoughts should be given equal opportunities for development. We will make our best efforts to maintain the Monero system before this algorithm change, thereby preserving the fire that gives the ecology more potential for development.

Following the two teams that refer to themselves as ‘classic,’ there is also the ‘monero original’ project. Monero original (XMO) revealed its intentions when it sent press releases to multiple cryptocurrency journalists and publications. The project codebase can be found on Github, and the lead developer is a person called ‘Xman.’

“We are contacting you on behalf of the development team behind the monero original project. Monero original (XMO) is the original monero chain that we will keep up and running after the monero hard fork scheduled for the 28th of March 2018 at block #1,539,500,” explains the developer’s message to the press.

Monero has always been about freedom of choice, about diversity and about the strong community behind it. We are providing the Monero fans a possibility to support the iconic coin and stay on the original chain. Monero original team stands for diversity, which is a logical marker of evolution.

Lastly, there is monero 0 a development team that believes monero’s (XMR) strategy to hard fork is no longer “a stable and sane strategy.” The lead developer is a pseudonym who seems to firmly believe that forking protocol to avoid ASICs is not consensus. The monero 0 (XMZ) project states on its website:

We believe that Satoshi’s proof-of-work is the only mechanism for decentralized consensus. The so-called “network upgrades” that are centrally mandated by the monero project are a trojan horse designed to compromise the effectiveness of Proof of Work in the monero network. Monero 0 is not a fork, it is the original Monero.

Proceed With Caution: These Forks May Not be Stable or Survive

As of right now, it’s not certain how reliable any of these forks will be and how long they will last. This includes being supported by cryptocurrency infrastructure providers and maintaining continuous active development. A few of these monero forks have indicated support from exchanges and mining pools so far which will help them get started. However last year there were a ton of bitcoin ‘forks’ or cloned snapshots that produced absolutely nothing weeks later, as many of the BTC snapshots don’t have working blockchains, development is non-existent, and the network looks like a ghost town.