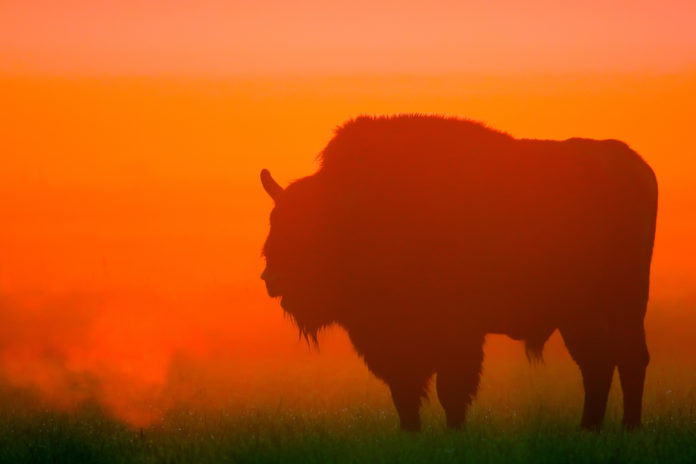 Börse Stuttgart launches its own app for cryptocurrency trading. This is to speed up the trade – and facilitate speculation by “Cryptoradar”.

It is a globally unique step: for the first time, an established stock exchange operator enters the trade in cryptocurrencies. Boerse Stuttgart, the second largest German stock exchange after Frankfurt, wants to roll up the market with its own app for investors. Her name: “Bison”. Planned start: September 2018.

The announcement alone is remarkable. So far independent start-ups have dominated the trade with Bitcoin and Co., including Bitfinex from Hong Kong and Kraken from the USA. Even at the wedding of the crypto-hype in the summer of 2017, none of the established stock exchange operators from the US, Europe or Asia entered the business.

If the plan of the Stuttgart stock exchange goes up, there could soon be a real alternative on the market, for German investors, but also beyond. While many large US and Asian crypto trading platforms are struggling with scandals – such as crashes, hacker slumps, mockery reproaches – the Stuttgart Stock Exchange, as the official securities trading center, is above all doubt.

The Swabians have established themselves early as a private investor exchange and succeed successfully against the Frankfurt competition – in contrast to other traditional stock exchanges, which are only a shadow of themselves.

“Bison” developed the Ulmer company Sowa-Labs, which bought the Stuttgart in December 2017. “Bison simplifies trading in digital currencies,” promises Sowa Labs boss Ulli Spankowski. The app reduces the complexity of registration and proof of identity. While the registration takes several days on many crypto exchanges, the activation of “Bison” should take place within minutes.

Stock Exchange Stuttgart boss Alexander Höptner told me at the investor fair “Invest” last Friday told me first details: So “Bison” equal to bring a wallet, an electronic wallet for the purchased coins. The trade should not be based on the marketplace principle, instead investors could buy and sell directly at “Bison”. For this purpose, the creators want to enter into a cooperation with several US crypto platforms. What exactly that will be, Höptner did not want to betray.

The pre-release version of the app, which the developers presented at the “Invest” in Stuttgart, made a tidy impression on me. There are three tabs: The first is traded, first with the currencies Bitcoin, Ethereum, Ripple and Litecoin, others are to follow. Real purchases and sales were not yet possible. The second tab offers an overview of the previous price development of the coins; Unfortunately, the database will not start until 2017.

An exciting approach hides behind the third rider. Here “Bison” is waiting with a “Cryptoradar”, a simple graphic, which should provide investors with easier access to the crypto market. Many would wish that, according to a survey. Behind the “Cryptoradar” is an algorithm that counts how often and in what context Bitcoin, Ethereum, Ripple and Litecoin are mentioned in social networks.

The idea of ​​the makers: Since the market is still young and does not function efficiently, it is possible to derive price trends from the frequency of mentions.

Whether the “Cryptoradar” will become the killer application for crypto investors? Skepticism is appropriate. But its development shows clearly that the Stuttgart Stock Exchange with the “Bison” -App addresses both beginners and passionate gamblers.

Where the purchased coins are kept and how customers pay exactly is still open. Collaboration with the US online platforms will not be easy. Until the planned start in September, the makers do not have much time left.

Yes, the Stuttgart Stock Exchange as a traditional trading center has the best references – and the necessary regulatory approvals – for an app like “Bison”. But whether this will work smoothly in the long term, whether it will succeed to roll up the German and international market, has yet to show. An English language version is already planned.