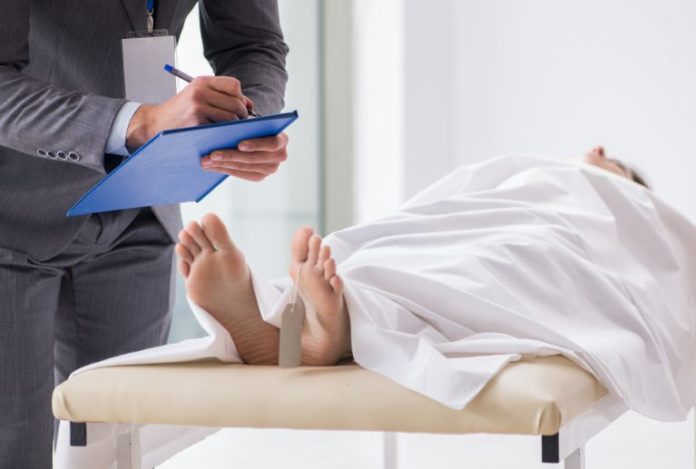 It has been a year since the founder of now-defunct crypto exchange Quadrigacx supposedly died in India. However, some 76,000 victims are still out of millions of dollars. A court-appointed lawyer representing them has now requested an exhumation and post-mortem autopsy in Canada of the dead body, highlighting the need to know if Gerald Cotten is in fact deceased.

Law firm Miller Thomson has sent a letter to the Royal Canadian Mounted Police regarding Gerald Cotten, the late founder and CEO of bankrupt Quadrigacx crypto exchange. The firm was appointed by the Supreme Court of Nova Scotia as representative counsel on behalf of users affected by the shutdown of the exchange. In its letter dated Dec. 13, the law firm wrote:

The purpose of this letter is to request, on behalf of the affected users, that the Royal Canadian Mounted Police (the ‘RCMP’), conduct an exhumation and post-mortem autopsy on the body of Gerald Cotten.

The letter explains that the aim of the request is “to confirm both its identity and the cause of death given the questionable circumstances surrounding Mr. Cotten’s death and the significant losses of affected users.” Along with the letter, the law firm sent some background material to the police consisting of publicly available information on the history of the exchange, the supposedly dead founder, and other related materials. The firm emphasized:

In our view, further highlight the need for certainty around the question of whether Mr. Cotten is in fact deceased … Representative counsel respectfully requests that this process be completed by Spring of 2020, given decomposition concerns.

Since the reported death of Cotten in December 2018 due to complications relating to Crohn’s disease while on honeymoon with his wife in Jaipur, India, there has been much speculation about what actually happened. Many people believe that the 30-year-old is not dead as circumstantial evidence continues to rack up against him. A Vanity Fair article published on Nov. 22 points out a number of theories and evidence surrounding the case, including the exchange’s co-founder, Michael Patryn, turning out to be a convicted fraudster.

Cotten’s death was announced a month after he presumably died while his exchange continued to accept customer funds. The private hospital in India misspelled his name and the doctor later said that they were not sure about the diagnosis. By the time his death was made public, about 76,000 individuals could not access their funds totaling approximately $190 million. Cotten was also supposedly the only person with the private keys to the exchange’s cold wallets. However, court-appointed monitor Ernst & Young and several blockchain investigators found that the exchange’s crypto wallets were empty, and some funds were transferred to Cotten’s personal accounts or other exchanges. The company began bankruptcy proceedings in Nova Scotia in April, which were moved to Toronto earlier this year.

Both Canada’s tax authorities and the U.S. Federal Bureau of Investigation (FBI) are investigating Quadrigacx. On June 2, the FBI posted a notice on its website seeking victims in the investigation. Some people interviewed by the RCMP and the FBI said they got the impression that the agencies believe that Cotten might not be dead, explained the Vanity Fair article. One of the witnesses questioned by both agencies said:

They asked me about 20 times if he was alive … They always end our conversations with that question.

Do you think Gerald Cotten is alive? What do you think happened with Quadrigacx? Let us know in the comments section below.

Why Fund Managers Will Buy Bitcoin at $1 Trillion

Large funds are constrained by rules about profitability and portfolio balancing – hence they may be forced to shed assets...