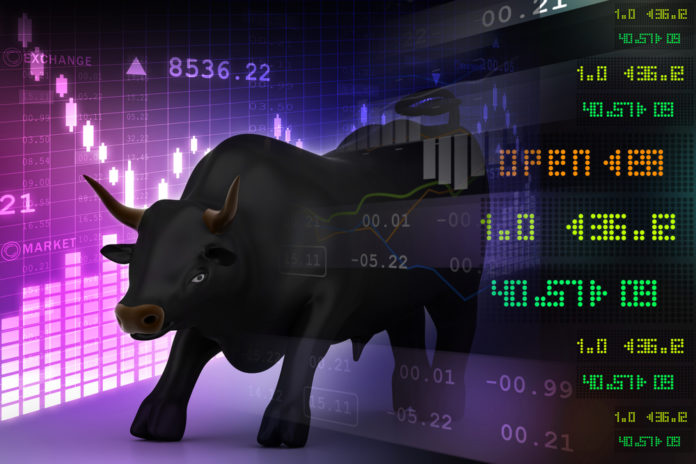 As the semi-bullish momentum begins returning to the cryptocurrency industry, a lot of currencies will find themselves in an interesting position. At this rate, it seems to be a matter of time before most of the top markets move up in a significant manner. Further down the rankings, it would appear the Ravencoin price is making a strong case for itself once again.

It is not the first nor the last time Ravencoin will try to make a big name for itself. This particular altcoin has proven to be extremely popular among traders and speculators who want to make a quick buck. Today is another interesting opportunity in this particular regard, as the RVN price is firing on all cylinders. Most of this uptrend comes from the Binance exchange, which might indicate it will not necessarily remain in place for very long.

Over the past 24 hours, the Ravencoin price noted a strong 26% gain in both USD and BTC value alike. This is a very promising turn of events, although it needs sufficient trading volume to sustain this uptrend. With a current price of $0.037, or 917 Satoshi, there are still some exciting levels to be reached, assuming this increased interest is genuine. This uptrend also comes at a time during which RVN has shown multiple bullish signs already, which makes it an interesting trend.

While it seems Ravencoin is moving up the ranks rather swiftly, the assets created on top of this ecosystem do not necessarily see much success. Sengtha is the unfortunate holder of a Ravencoin-based asset which seemingly has no purpose whatsoever. Just because one can create new tokens and coins doesn’t mean everyone should do so either.

I own “KIMONO” #ravencoin asset. No idea what to do with it. Maybe need to sell to Japanese. #rvn

Other community members are more interested in highlighting the potential of Ravencoin and how active its developers are these days. While any cryptocurrency project needs active development, it doesn’t necessarily yield any value gains whatsoever. The RVN price has seemingly little to do with the ecosystem, although that situation can change at any given time.

For those who are looking at the actual Ravencoin chart, it would appear, the future may prove to be rather interesting. With these big gains in quick succession, it is not unlikely the uptrend from 720 Satoshi to 917 Satoshi will be wiped out completely at some point. After all, such steep gains can’t be sustained without a valid reason or an overly bullish cryptocurrency market. Right now, neither appears to be in place for Ravencoin.

When looking at the bigger picture, it is fairly evident numerous cryptocurrencies would love to experience momentum similar to that of Ravencoin. However, when a market rises in value very quickly, there is a good chance a retrace will occur sooner or later. In the case of RVN, it remains to be seen if and when such a retrace would occur exactly. There is always room for further improvements, but reaching $0.04 or 1,000 Satoshi will undoubtedly prove difficult.

Former Mt. Gox CEO Mark Karpeles is a free man after a court acquitted him of embezzlement charges. Japanese prosecutors...