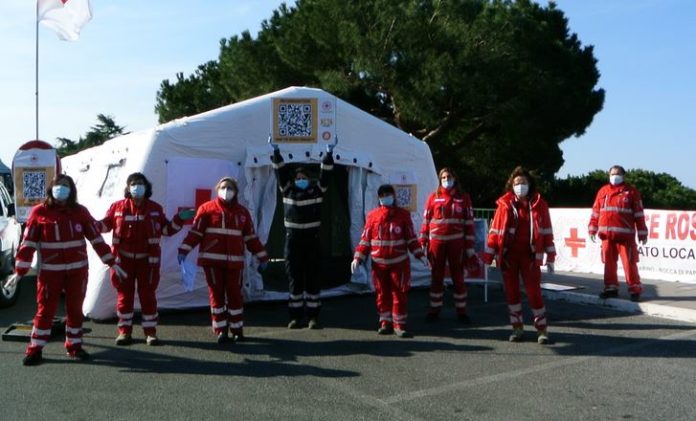 The Italian Red Cross has been collecting donations in the form of cryptocurrencies for several weeks. The organization uses the money received to fight COVID19. Around $ 32,000 was collected in Bitcoin.

The organization is now spending $ 22,000 of the sum raised to build the initiative’s first advanced medical item in the city of Castel Gandolfo, near Rome. It is intended to serve as a screening station for medical examinations.

In a blog post on April 6, Bruno Pietrosanti, President of the Italian Red Cross said: “We were very happy to have reached the first important milestone in our fundraising campaign. We are happy to be able to turn the donations received into concrete help and we are happy to have received so much help from the Bitcoin community. ”

Donate blood on a regular basis

Helperbit is leading the crypto campaign. The blood donation in the new medical post should take place at least every two weeks for the next four months. The Bitcoin fundraiser is also set to continue.

Guido Baroncini Turricchia, CEO of Helperbit, commented: “When the Colli Albani committee sent me photos of the tent, a gift given by the solidarity of the Bitcoin community, I was thrilled. Helperbit’s efforts with Bitcoin donors are now saving lives and helping to protect first responders at the forefront. These people who have donated to the project in the silence of their home must be proud to be part of this non-profit initiative. Bitcoin has proven to be a powerful tool. A technology that makes it possible to provide direct and fast international aid in the event of disasters while increasing the level of transparency. “

The campaign achieved its first goal of $ 10,700 in just three days. Furthermore, the campaign only took two weeks to reach its second goal of nearly $ 26,000. Furthermore, 90% of the contributions came from anonymous donors.